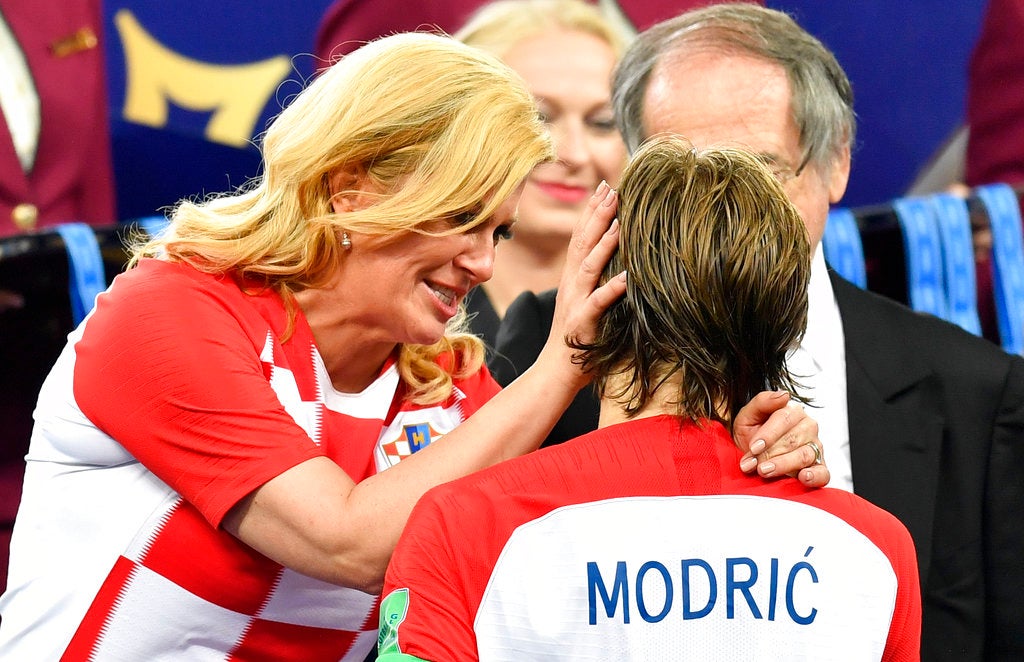 Despite defeat in the World Cup finals, the Croatian national team brought pride to their home country. Among those who showed immense joy in their valiant performance was their head of state, President Kolinda Grabar-Kitarovic.

It goes without saying that state leaders should support national athletes, but the first female President of Croatia took it a step further and went on full fan mode during the team’s World Cup journey.

After the team lost 4-2 in a wholehearted effort against France, their President embraced them one by one as rain poured over the Luzhniki stadium.

While Russian President Vladimir Putin was handed an umbrella, the Croatian leader took the time to congratulate the players and head coach Zlako Dalic under the rain.

Grabar-Kitarovic chose to don the checkered red-and-white jersey throughout the tournament and missed just one match for good reason—the NATO summit in Brussels.

She also had a photo op with Putin after Croatia defeated Russia to enter the semifinals.

Fans lauded her for flying economy, sharing a picture with passengers and Croatia fans during the trip.

She even entered the men’s locker room to congratulate the players, hugging them individually and joining them for post-match celebrations.

Before Croatia’s first-ever World Cup final, Grabar-Kitarovic had an air of victory. “It doesn’t really matter if we win the gold or the silver. We’re on top of the world. And I’m so proud of my nation,” she told Russian news outlet RT.  /ra

Croatia gears up to give heroes’ welcome to World Cup team