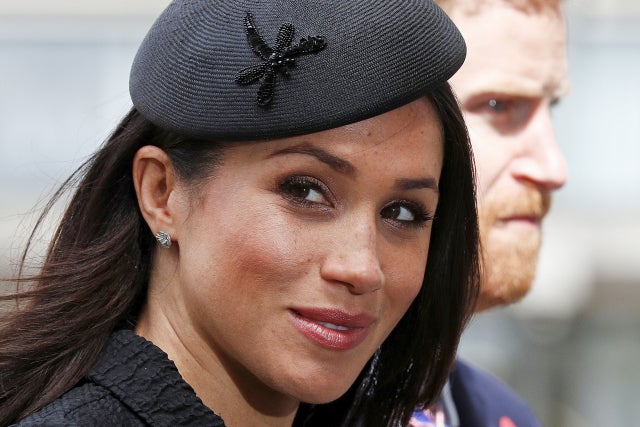 Meghan Markle's father Thomas will walk her down the aisle when she marries Britain's Prince Harry, it has been revealed. © Adrian DENNIS / AFP

Meghan Markle’s father Thomas still wants to remain in his daughter’s life despite being unable to attend her wedding to Prince Harry last May.

Thomas, 73, was set to attend the royal wedding last May but bowed out to recover from heart surgery.

Days before the wedding, he was caught up in the controversy of staging paparazzi pictures to improve his image. Meghan’s mother Doria Ragland would be her only family at the ceremony.

In a July 15 interview with The Sun on Sunday, he said he has been “shunned” by the royal family due to earning from the pictures, where he appeared to be preparing for the wedding day. One picture shows him on a computer looking at his daughter’s prenuptial pictures, while another shows him in a fitting for a suit.

He said he watched the ceremony and texted Meghan that she looked beautiful, but feels sad that he wasn’t able to attend.

He seems disapproving of his daughter’s new life: he said in the interview that he sees fear “in her eyes” and believes Meghan is putting on a “pained smile” because of the pressures of being in the royal family.

He also blasted the seemingly outdated outfits Meghan now wears, despite her gaining praise for her royal fashion savvy. “Why in 2018 are we dressing like the 1930s? Why do they have to cover their knees?” he said in the report.

He claimed in a TMZ interview that he and Meghan have not spoken since he gave a tell-all interview to Good Morning Britain in June.

Thomas said there is no way to reach his daughter, whether by phone or mail. To see her, he plans to fly from Mexico to London and figure out how to contact them while he stays in a hotel room.

“I want to be a part of their life. I’d like to put our differences behind us, and get together,” he said. Niña V. Guno/JB

Thomas Markle wishes he had walked daughter down the aisle