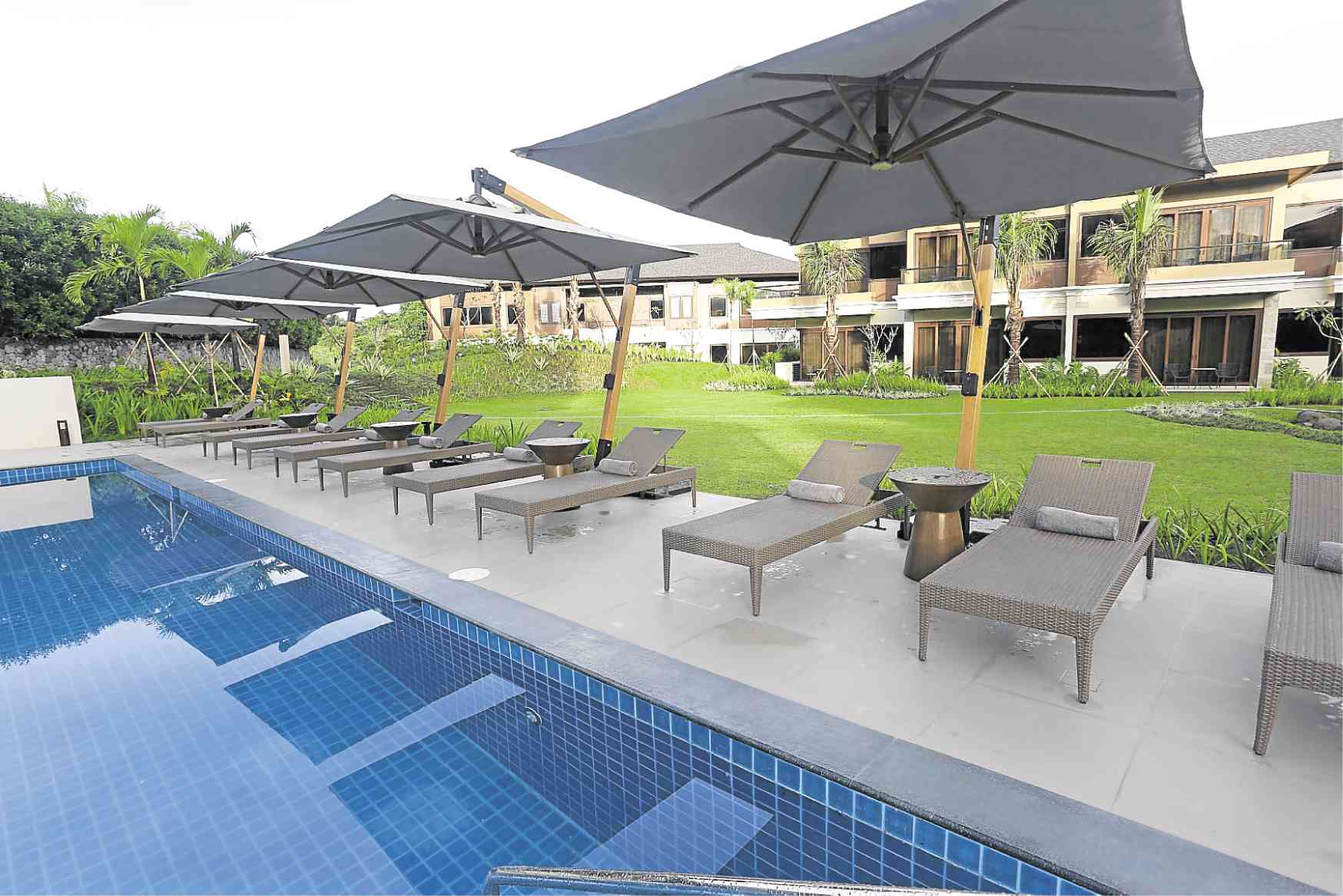 Anya is the only resort in Cavite which has temperature-controlled infinity pools.

Tucked in a spot away from Tagaytay’s main road, surrounded by pineapple fields and rolling hillsides dotted with pine trees, Anya Resort is literally a hideaway. Unlike other hotels that look toward the Taal Volcano and cluster around restaurants, Anya positions itself as a private escape.

Arguably, this homegrown luxury hotel bears the trademarks of other upscale Asian brands. The resort has 88 villas designed like a modern bahay na bato, equipped with temperature-controlled pools. (See related story in this section.)

Santiago Elizalde y Roxas, president and CEO of Roxaco, had been overseeing subdivision developments in Nasugbu, Batangas. He was exposed to the hospitality business through the management of Club Punta Fuego, the beachfront accommodations.

“We got to know the business, and familiarized ourselves with various markets,” Elizalde said in an interview with Lifestyle. “The management company then was Fuego Hotels; Roxaco was an investor. We were part owner with Landco and another minority partner. Eventually, we bought the partners out.”

This venture in the hospitality industry was to generate a steady income stream outside of real estate development. Last year, Fuego Hotels was rebranded as Anya Hospitality (wholly owned by Roxaco), which Elizalde also heads.

The foray into the luxury resort business was prompted by what he saw as a gap in the hospitality industry.

“The intention was to introduce a Filipino luxury resort brand because we don’t seem to have one,” Elizalde said.

While Thailand, India, Hong Kong and Malaysia have established upscale hotel and resort chains with strong name recall, the Philippines has yet to develop a luxury brand.

“Every hotel in the world must have at least a handful of Pinoys working there. Despite that, we have nothing to talk about as far as having our own high-end brand that promotes Filipino hospitality. I felt it was something we could own. Nobody was doing it,” he says.

Elizalde saw the makings of a market niche that wanted VIP service without the formality or grandeur of swanky hotels.

“‘Anya’ is a Sanskrit word for ‘no boundaries.’ It can be applied to everything in service—bespoke services, adaptability, high standards of quality and, at the same time, flexibility to function in different environments,” he says.

The Anya experience was also inspired by his travels. The Thai brand Banyan Tree Resort became famous for its use of sustainable and local materials, and its intimate hospitality. Each property is designed to blend with its natural surroundings.

He was also impressed with the Indian chain Oberoi, which pioneered the 24-hour butler service and the high ratio of staff to guest.

Elizalde believes that the emphasis on branding would give Anya Resort a competitive edge. Its image is based on the owner’s policy of focus on the customer, called the Lifestyle Management Philosophy.

“We try to be one step ahead rather than wait for the guest to ask us. We get to know the guests, whether first-timer or repeat, to prepare ahead for their arrival,” he says.

Guests fill up a form before arrival on their requirements for room and food, requests for local tour, packing and unpacking luggage and other idiosyncrasies. A “lifestyle assistant” also performs various personal services for the guest.

“The lifestyle assistant makes sure he or she knows what you want in advance,” he says. “Some have worked in luxury properties abroad or cruise ships, where there is a different way of treating guests.”

The resort celebrates its first anniversary this month with room occupancy averaging 80 percent on weekends. Anya has been used as a wedding venue.

It has had its share of blue-chip corporate clients for meetings and team building. Individual guests still enjoy the quiet and privacy when the resort has other group bookings.

Elizalde made sure that the first Anya Resort would succeed. “I’m not the type to pull things out of a hat and say, ‘Let’s do this’ without having thought about it. Once I come up with an idea, I need to know the starting point and what the end result will look like,” he said.

“If the Manila market likes your product, you will be in good shape,” he said.

Elizalde counts the regular turnout of repeat guests, the word of mouth and high ratings in such sites as TripAdvisor, as some of their success indicators.

Anya also has residences in the property, or villas that were sold to individual owners who are also entitled to use the resort’s amenities.

“The payback is three years for this business model, compared with putting up a resort with 100-percent funding. The payback for that is seven years,” said Elizalde.

He stressed, however, that this business model will not necessarily be replicated in future Anya projects.

Anya Resort is one of three hotels in the Philippines that are part of the international consortium Small Luxury Hotels (SLH). These are small-scale establishments that provide individualized services and memorable experiences for guests.

For its first year, it bested the other brands in the country by garnering 93.5 percent grade. A representative from SLH, traveling incognito, makes an evaluation of the total guest experience based on a 40-page checklist.

As the owner-operator, Elizalde drives home the need for having exacting standards, and avoiding complacency of the staff, from the general manager down to the rank-and-file.

“My biggest fear is hearing, ‘It’s no longer the same as it was.’ How many times have we heard that about other establishments when they let their guard down? This is not a one-off thing. The level of quality should go beyond year after year,” he says. —CONTRIBUTED