Homeless man reunited with family after living on the streets for 16 years | Lifestyle.INQ ❮ ❯ 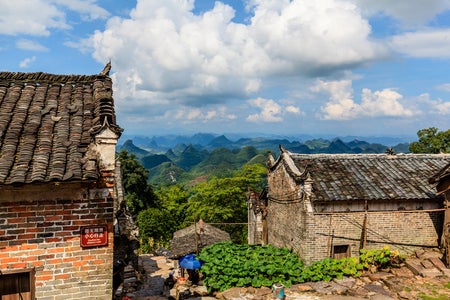 A man who had been begging on the streets for the past 16 years was finally reunited with his family after a charity worker from Guangdong helped him trace his brother and find his way back.

The 51-year-old Chen Fei lived on the streets of the industrial city Dongguan in Guangdong Province, China, for more than two decades after severing contact with his relatives back in 2002. According to the Chutian Metropolis Daily via The South China Morning Post last July 17, Chen Fei finished school in the Central China Normal University about 30 years ago before taking a job as a librarian at the Huanggang Normal University in Huanggang City.

After his stint as a librarian, Chen Fei quit his job and relocated to Fujian. This was when he lost contact with his family. It took another six years before Chen Fei contacted a cousin to inform them he was already staying in Dongguan.

The report did not state why Chen Fei severed contact with his family for many years, nor if he was going through any problems, mental or otherwise. His own family, meanwhile, thought he had died when they did not hear from him for so long.

“For six years [before 2008], he [Chen Fei] didn’t contact us and we all thought he had met with an accident and died,” Chen Ming, Chen Fei’s brother, said in the report.

Chen Ming called his brother once in 2008 and was excited to hear his voice again after a long time, but instead of being met with the same eagerness, Chen Fei put down the phone after only uttering a few words. Contact was lost for the second time between Chen Fei and his family.

Their reunion, on the other hand, would not have happened if a volunteer from a charity for homeless people did not chance upon Chen Fei.

Chen Fei was living under a bridge when Zhang Zhiwei, a volunteer of Let Love Go Home, saw him last May and noticed he did good calligraphy.

“I saw him writing on a piece of paper scrap with chopstick,” Zhang said in the report. “His penmanship was really neat and beautiful, and he even knew how to write in English.”

Zhang eventually helped Chen Fei find his way back to his family, along with the aid of the police officers in Huangmei.

The brothers are now reunited and the two couldn’t be any happier. Chen Ming, in regard to his brother Chen Fei’s return, shared, “I see my brother is happy that we have returned home. He was even humming a melody happily this morning.” Cody Cepeda/JB