A fashion doll like Melania Trump: Is there a message? | Inquirer Lifestyle 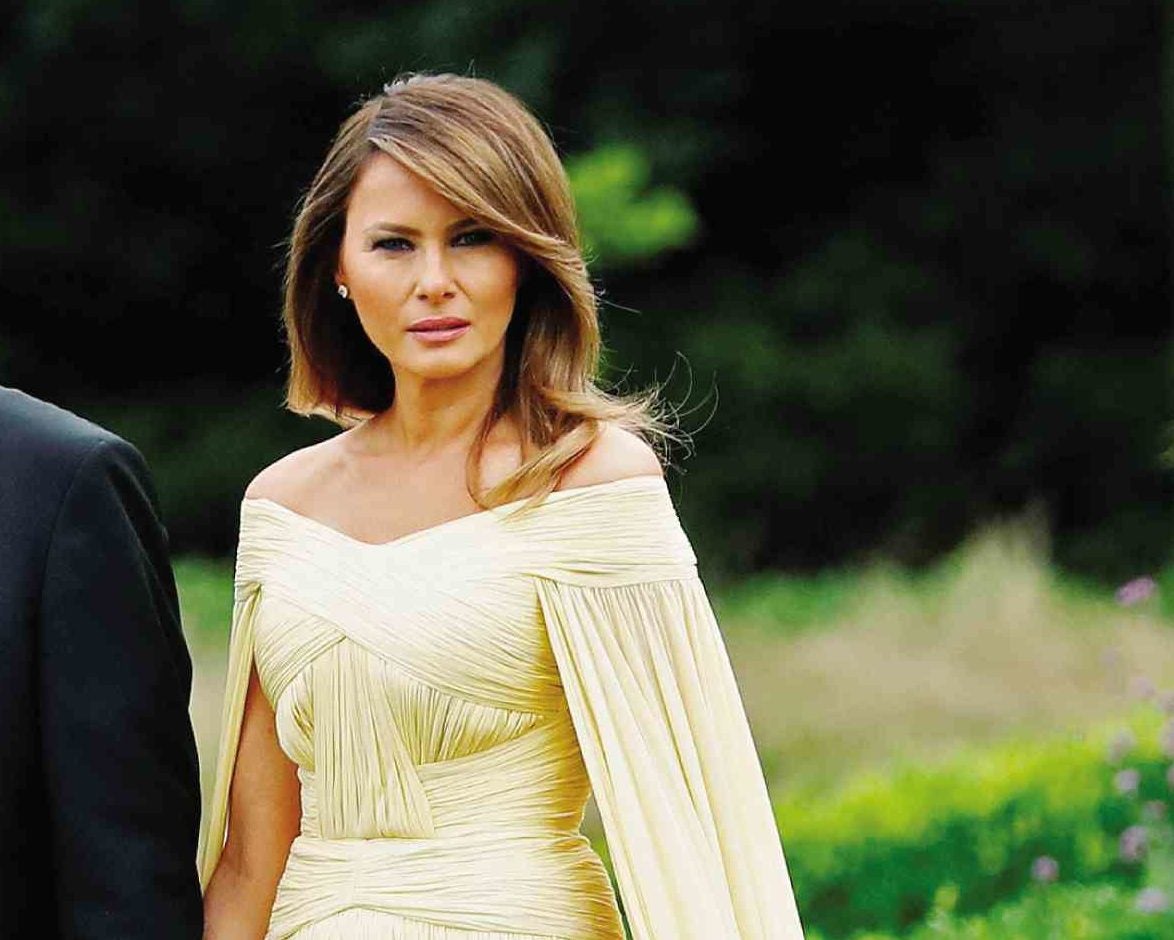 A fashion doll like Melania Trump: Is there a message?

Considering how much flak she got after wearing sky-high Manolo Blahniks to visit hurricane victims in Texas last year, one of her first major style missteps as a first lady, it is ludicrous to imagine anything Melania Trump wore after that incident was less than studied and well thought-out.

Which was why no one was having it when the US First Lady’s spokesperson said there was “no hidden message” in that controversial graffiti jacket bearing the words, “I really don’t care, do u?” she wore to visit immigrant children in detention centers in June.

As her country’s emissary for soft diplomacy, nothing a first lady wears as she steps out in the public sphere will ever be misconstrued as an unfortunate accident.

When Mrs. Trump goes on a state visit with her husband, she puts on something cherished in the host country—like a Burberry coat and Victoria Beckham dress on a recent visit to England, or that Calvin Klein dress in Belgium that, while an American brand, is designed by a Belgian, Raf Simons.

In the politics of dress, nothing is ever an accident.

As a public figure, Mrs. Trump knows that. Which begs the question once again about that $39 Zara jacket—perhaps the most democratic piece of clothing, price-wise, that she has worn as first lady. This is, after all, the same woman who was pilloried for wearing a lavish $51,000 Dolce & Gabbana coat to a G7 economic summit in Italy.

Of course, Mrs. Trump is low-hanging fruit, just by being married to a president—and that’s not only because of his unpopularity.

Perhaps this is why President Duterte’s longtime companion and de facto first lady, Honeylet Avanceña, has been reluctant to emerge from the shadows.

On occasions when she absolutely needed to appear in public in an official capacity as Mr. Duterte’s other half, she has opted for mostly safe and bland fashion choices. After all, it’s one thing to be decimated just for being, and another to be taken apart just for being there.

Michelle Obama wasn’t spared similar criticism during her days in the White House—to wit, for wearing fancy Lanvin sneakers to visit a food bank, and for digging a vegetable patch in the White House organic garden that she started in Jimmy Choo boots.

(Mrs. Trump also caused a media frenzy when she donned a $1,380 Balmain shirt for gardening at the White House.)

The former model who married a New York billionaire, pundits would say, has no excuse to commit a style faux pas—she has expensive tastes with a presumably generous fashion budget at her disposal, and a glam squad and style team to boot.

As fashion designer Albert Andrada says, “she wears styles that create a balance between being conservative and yet are still high fashion and modern. Each piece she chooses strongly fits her personality and allows her to stand out in a crowd.”

No one can argue that she’s a vision in her designer clothes. Kibitzers, however, see a disconnect.

“Melania has the figure and a fabulous glam team to doll her up, but I think that’s it, she’s just a doll, Donald’s trophy wife,” says fashion designer JC Buendia.

Fashion designer Randy Ortiz also thinks she’s well put-together, but with a caveat: “For me, it’s a little too studied, contrived and restrained, which I’m sure is a major compromise in her personal style choices, given her exposure to fashion when she was younger.”

“She fails to connect to her audience the way Jackie [Kennedy] did with her tweed suits and damask dresses, or Princess Diana with her much copied hair and ruffled necklines,” Buendia says.

“Melania’s style doesn’t have a good story to tell, the way Audrey Hepburn’s iconic dresses tell of a beautiful friendship between her and Hubert de Givenchy.”

After that graffiti coat fiasco, “it made me care less for her, her abused-wife card and her fashion,” adds Buendia.

While Andrada believes that the coat was a simple mistake that was quickly taken out of context, he also thinks that Mrs. Trump should have put more thought into what she would wear “because each style represents how we would want others to perceive us.”

Andrada adds, “Attitude will always be an integral part of fashion, and it is also something that can make or break our chosen style.”