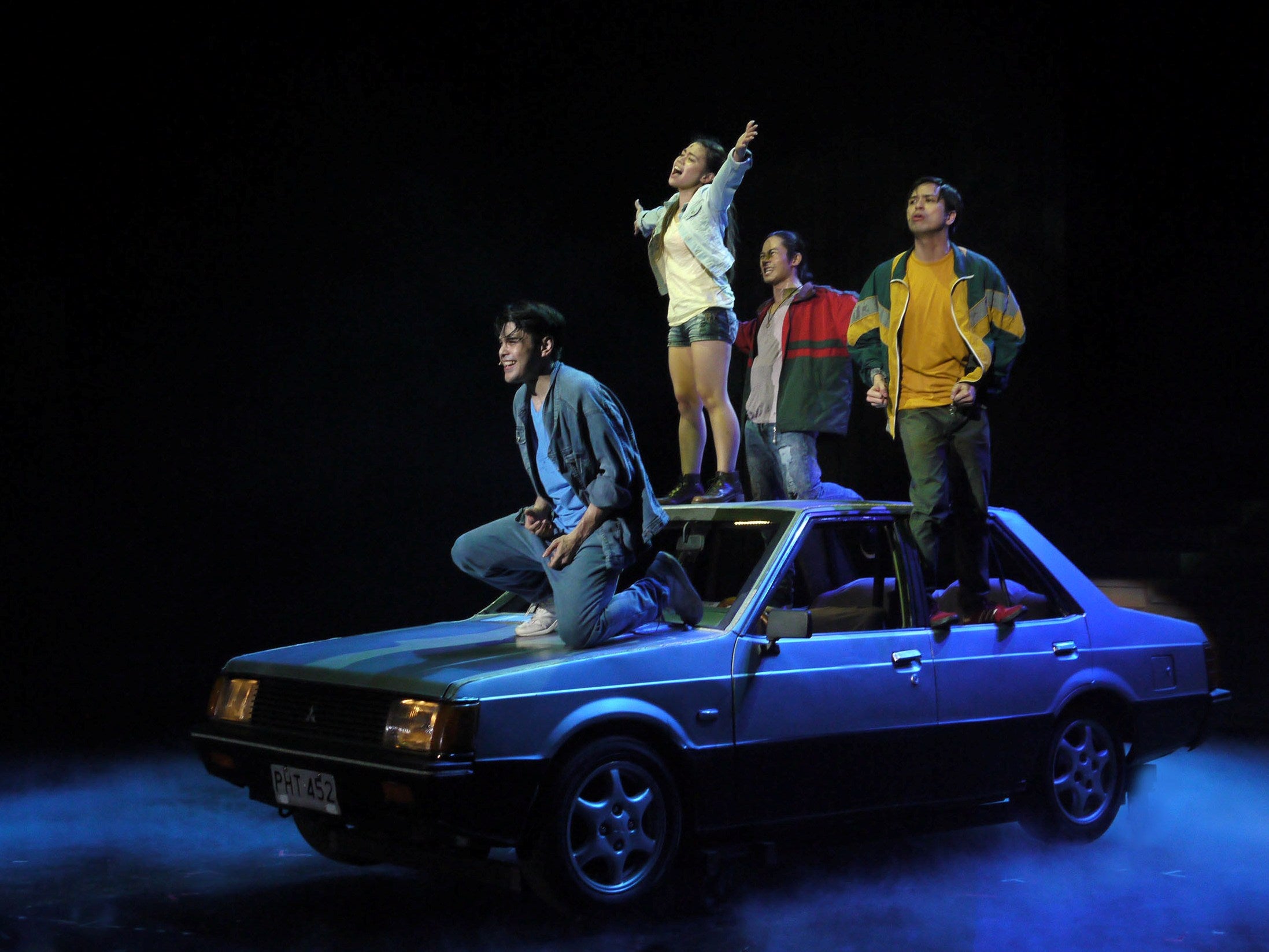 It was a full house at the technical dress rehearsal of “Ang Huling El Bimbo” at Newport Theater in Resorts World Manila last week. Family and friends of the cast and artistic team filled the seats, along with employees of the entertainment complex who were given a sneak peek of the musical “featuring the songs of the most iconic ’90s Pinoy band.”

Let’s get this out of the way: The band is the Eraserheads and dozens of their songs, some of them previously unreleased, were stitched together to tell the story of a group of friends whose lives are dramatically changed one fateful night.

Hector, Emman and AJ (played by young actors Reb Atadero, Boo Gabunada and Topper Fabregas) first meet as college freshmen in their dorm and quickly form a tight bond. Later, they befriend the winsome Joy (Tanya Manalang) who is one batch lower, and works part-time at the eatery of her Tiya Dely, played wonderfully by veteran actress Sheila Francisco. The younger actors’ present-day counterparts are portrayed by actors OJ Mariano, Gian Magdangal and Jon Santos.

The artistic team consisting of writer Dingdong Novenario, musical director Myke Salomon, and writer and director Dexter Santos were challenged by the material, but were fortunately open to and willing to try suggestions from the team.

Although the songs may be familiar to fans of the Eraserheads, the material is new. “The cast rehearsed for a month and a half, but the dialogue was constantly evolving. It was like conducting a workshop,” said production designer Gino Gonzales, who was present throughout preparations.

Gonzales divided the Newport Theater stage into four sections (left, foreground, middle back and right) where some scenes would be played out simultaneously. Three of them were set at an angle, a trademark of the multi-awarded designer, to give the audience a better view of the stage.

Gonzales also used a puzzle-like design near the wings to symbolize unfinished business—nuances that will only be revealed as the story of these four friends unfolds. No spoilers here.

“Ang Huling El Bimbo: A Musical Featuring the Songs of the Most Iconic ’90s Pinoy Band” runs from July 20 to Sept. 2 at the Newport Performing Arts Theater in Resorts World Manila.