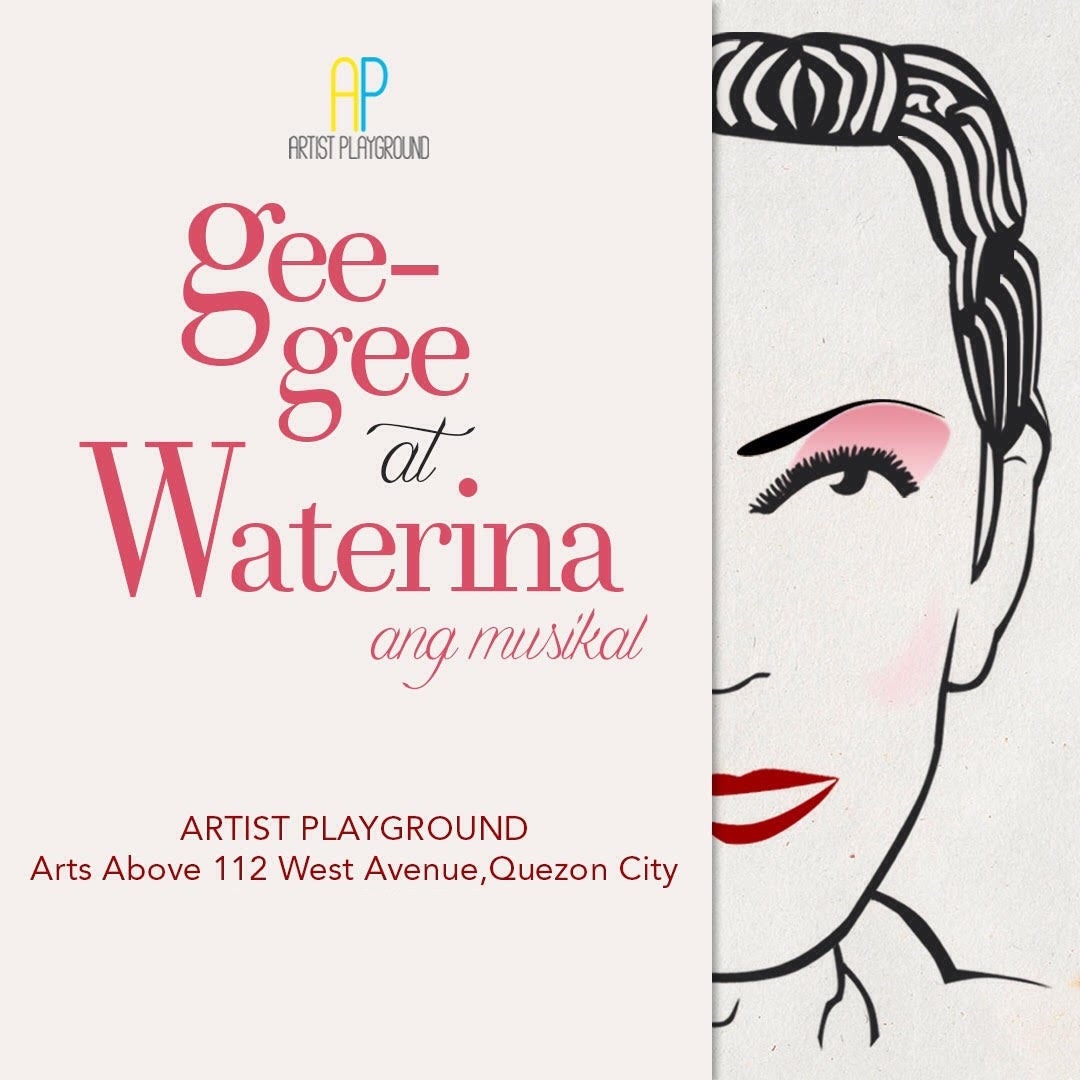 The story of the “comfort gays,” Filipino gay men who said they were forced to become sex slaves to Japanese forces in World War II, has been taken up in the Gil Portes film “Markova,” which starred the late Dolphy.

Now there is an upcoming musical revisiting the story. This August, Artist Playground is premiering “Gee-gee at Waterina,” with story, book and lyrics by J. Dennis Teodosio, music by Jesse Lucas, choreography by Lezlie Dailisan and direction by Andrew de Real.

Based on a one-act play that was first mounted at the Virgin Labfest in 2005, and that also became a short film entry at the Cinemalaya film festival in 2006, “Gee-gee at Waterina” tackles the friendship between an openly gay town councilor and an aging drag queen and former “comfort gay.” The material is a fictionalized take on the real-life friendship between the late Pasay councilor Justo Justo and Walter Dempster Jr., aka Walterina Markova, whose life story became the basis for the Dolphy film.

Playing the title roles are Roeder Camañag as Waterina and Norman Peñaflorida as Gee-gee.

For composer Lucas, the challenge is composing and arranging music for the musical that sounds fresh, accessible, light, audience-friendly and yet can stand the test of time. “What is tough doing original musicals is plotting the emotions in the narrative through songs and production numbers—getting the right feel with the right melody, rhythm, tempo and arrangement at precise moments in the musical,” he said. 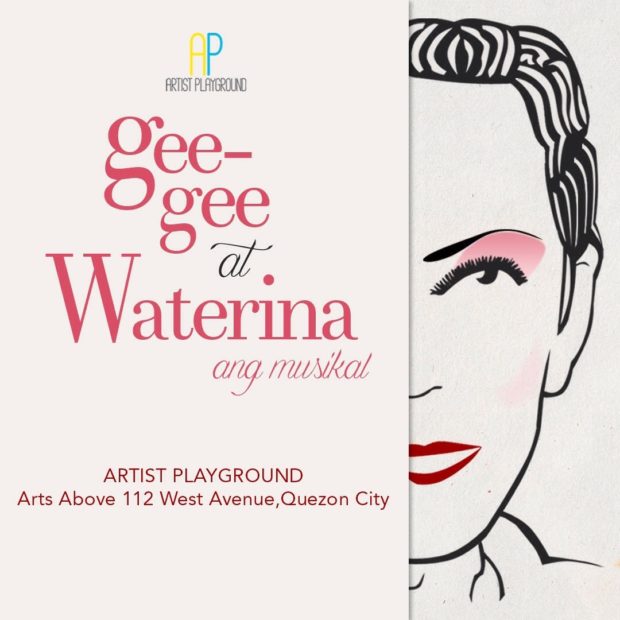 Also an active film and teleserye scorer, Lucas said he has long waited to go back to musical theater with a contemporary material and libretto. “‘Gee-gee and Waterina’ is just perfect. I’ve done heavy-themed historical musicals for Tanghalang Pilipino with Nonon Padilla way back in 1998 and 2002 (‘Aguinaldo 1898’ and ‘Ang Pagpatay kay Luna’). I collaborated with Ballet Philippines in 2004 for the dance-musical ‘Darna.’ But I would say doing musical theater works has more artistic and creative control.”

For Camañag, portraying an aging drag queen requires finding hidden layers in the character. “In the end, it’s not much of his being gay that I want to focus on, and more the strength of this person who happens to be gay.”

Meanwhile, Peñaflorida—a member of the Gantimpala Foundation for 20 years now, where he has played, among others, Padre Damaso and Alferez in “Kanser (Noli Me Tangere),” Jomar Fleras’ adaptation of Rizal’s novel—said the part of Gee-gee resonates in his own life. He has a business called The Closet that deals with theater shows and celebrates the flamboyance and love of life personified by Gee-gee and Waterina. “I am an image and event stylist in real life. My passion for theater is summarized in the song ‘What I Did for Love,’ and there’s a line in it that goes, ‘Won’t forget, can’t regret what I did for love.’”

Director De Real said he welcomes the chance to direct a new original Filipino musical. “For as long as you have a good musical director and a good ensemble who understand what the real message of the story is, then half the battle is won. A musical is all about good storytelling.”