‘No rock on radio? No problem. Get it live!’ | Inquirer Lifestyle ❮ ❯ 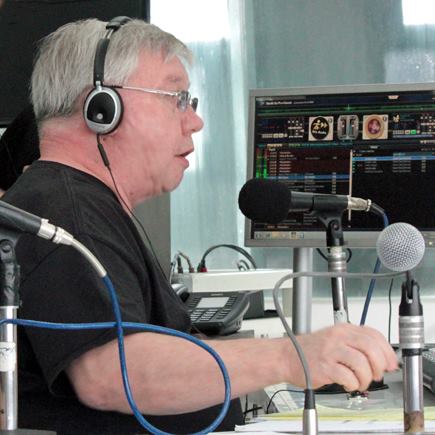 ‘No rock on radio? No problem. Get it live!’

Back in the 1970s, the more adventurous type of music buffs in Manila listened to radio station DZRJ, where they first heard the latest records of the hottest and most respected rock and jazz artists. For a time, RJ-AM was the most popular station, with Mike Llamas, a.k.a. DJ Stoney Burke, as station manager.

In the late ’80s, Llamas left RJ and migrated to the United States. Upon retirement from the rat race in America, he went back home to the Philippines where he renewed his passion for music.

He also got back to being a DJ, though his stints were short-lived due to changing times.

Now Llamas is gearing up for a new venture—producing live performances by various classic rock artists.

His first crack as impresario is a show featuring Area One, Route 70, and The Jerks, plus stand-up comic Mike Unson, on July 29, 8 p.m. at Johnny B. Good (formerly Hard Rock Cafe Makati).

This will be followed by the launch of The Stoney Burke Project (SBP)—a band that Llamas formed, composed of various musicians handpicked from auditions—on Sept. 2at 19 East. (I’ll tell you more about it soon.)

Meantime, here’s looking forward to watching The Jerks crank out the best of classic rock on July 29.

To quote Llamas’ teaser tag line, “No rock on radio? No problem. Get it live!”