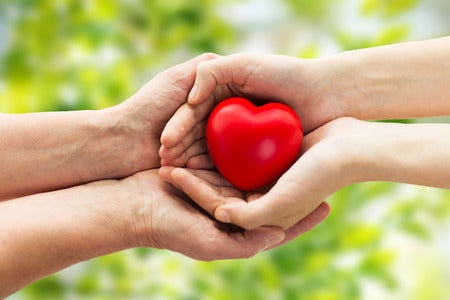 Within 27 years, woman receives kidneys from father and brother

When a woman in Ontario suffered from kidney failure when she was only 27 years old, her father and two brothers were tagged as possible donors.

Back in 1989, Cheryl Thistle was stricken with a viral infection she contracted during a hiking trip in Europe. A high school physical education teacher, her life was forced to momentarily slow down with four-hour dialysis sessions thrice a week for a year, reports The Star.

With no questions asked, Cheryl Thistle’s father Jim, then 56, donated his kidney to his daughter when she was eligible for a transplant in 1991. He volunteered to be the first, figuring that should she need another transplant, she had her brothers, Stephen, 30, and Dave, 29, in reserve.

Jim’s kidney would outlive him: the engineering technician passed away in 2009 at 74. And ultimately, his plan to extend his daughter’s life would come to fruition.

A few years back, Stephen noticed that his sister seemed sick. Cheryl said she tried to delay another transplant, but realized that it was time to go under the knife once again.

For his part, Stephen had been mentally preparing for the moment it was his turn to donate his kidney. Incidentally, he is about the same age as when his father donated his kidney to Cheryl.

The procedure the second time around was easier for the family. After a year of preparations, which included consultation and testing, Cheryl was able to obtain an operation schedule without having to undergo dialysis.

Modern surgical procedures also allowed Stephen to go home after three days compared to his father’s experience of staying more than a week in the hospital. He is recovering at home in Thornhill, Ontario and is expected to heal in four to six weeks.

“For me, there was no hesitation,” said the father of two about the procedure, who added that his own wife and kids have been supportive.

So far, the transplant has been successful once again for Cheryl. She is able to go on short walks but avoids people with illnesses because her immune system is still down.

Dave, a pharmacy technician, recently had a hip operation which prevented him from donating his kidney. He too is ready for his turn: “I’m here for the next one when Cheryl needs it. It’s not a question of yes or no. It’s when.”

He recalled that his sister cared for him at her home for two and a half weeks while he recuperated from his operation.

“We are a very caring and close family and we have our parents to thank,” he said, noting that he was “sure” their father would be proud of them. Niña V. Guno/JB