Widowed daughter-in-law has kicked her out | Inquirer Lifestyle ❮ ❯ 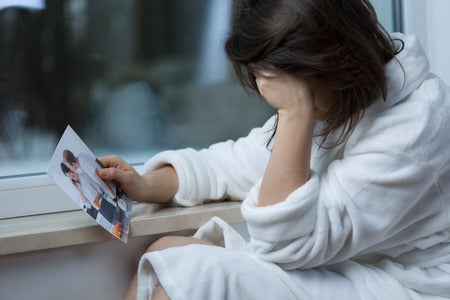 Widowed daughter-in-law has kicked her out

My husband suddenly died of a heart attack when my son was just 12 and my daughter 10. That was 30 years ago. I never remarried or even once dated. I brought up my kids alone until they both finished college and had families of their own. We had a comfortable life and were a closely knit family.

I decided early on to transfer the titles of the properties my husband and I bought, to the names of our children. The family house was transferred to my son’s name, while another house I bought to rent out for income, went to my daughter.

It was well and good until my son got married and had a child. Then my son died suddenly of a heart attack at the age of 27. I was so devastated that I decided to spend time with my best friend in Europe where I stayed for a few months. There, I received a letter from my lawyer that I was not welcome anymore in my house because my daughter-in-law had already taken possession of it, being the widow of my late son.

I consulted a lawyer who told me there was nothing I could do. Everything was done legally. It may be legal, but is it moral? Does my generosity and my wish that they not be burdened by taxes later on, account for nothing? – Grieving Mother

Isn’t life a pain? It’s the law, and tough luck that you became a victim of your extreme generosity.

Had you been a cunning person, you could have consulted a lawyer way back when you started transferring titles and being magnanimous to your son and daughter. He could have advised you to carve in stone that these properties—though maybe already in their names— will remain yours, till your last breath.

But you, being a trusting mother, couldn’t have envisioned in your wildest dream, the dark side of your daughter-in-law’s character, or even an inkling of your beloved son’s short life.

Spare yourself more heartache! Just move on and wait for karma to kick in. No one is exempt from repayment, in its exact weight, circumstance and fairness in this complex world. Heard of “All’s fair in love and war”? Well, this is war. In the end, the good, the bad and the ugly all get their just desserts.