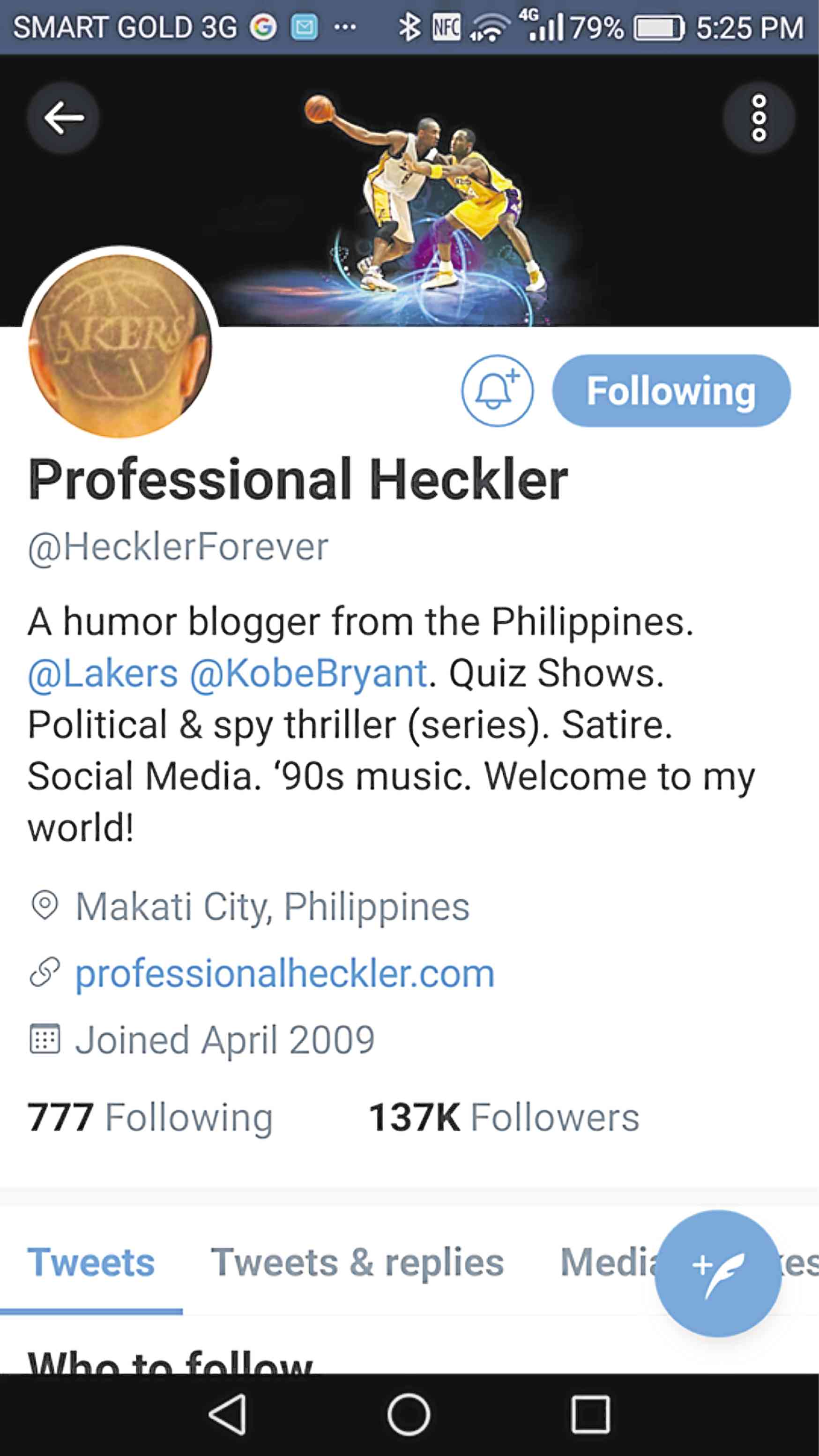 Professional Heckler on his Twitter account’s suspension: It’s not you, ‘ka-DDS’

Turned out, the temporary suspension of the hugely popular Twitter account of Professional Heckler, @HecklerForever, has nothing to do with politics—but with Alanis Morissette.

Since it was suspended last July 24, his followers have been voicing their concern and urging Twitter to reactivate it.

Most of the comments of Heckler’s followers believe that the rabid army of trolls, dubbed DDS (Diehard Duterte Supporters), could have caused the suspension—since Heckler is widely known for his lampoon pieces on politicians and fake news.

Heckler even mentioned on his Facebook page that “a group of Duterte supporters (@UnitedKaDDS?) claimed its members were behind the suspension of the account. I have no idea why. Fake news again?”

Lifestyle e-mailed Heckler (following: 137,000) inquiring about the suspension. His reply:

“Twitter suspended my account after receiving a complaint from Universal Music. The subject of the complaint was an Alanis Morissette video of ‘Head Over Feet’ I tweeted several weeks back.

“They said the posting of the video was copyright infringement.

“I filed an appeal to Twitter but was told that it can only lift the suspension if Universal Music would retract the DMCA Notice against the account. I e-mailed Universal, but have yet to receive a reply.

“Some friends are helping me resolve the matter.

“There’s nothing political about the suspension. I believe so…

“I think I’ll just take advantage of this ‘Twitter jail’ and take a break from politics—for a day or two.” —POCH CONCEPCION