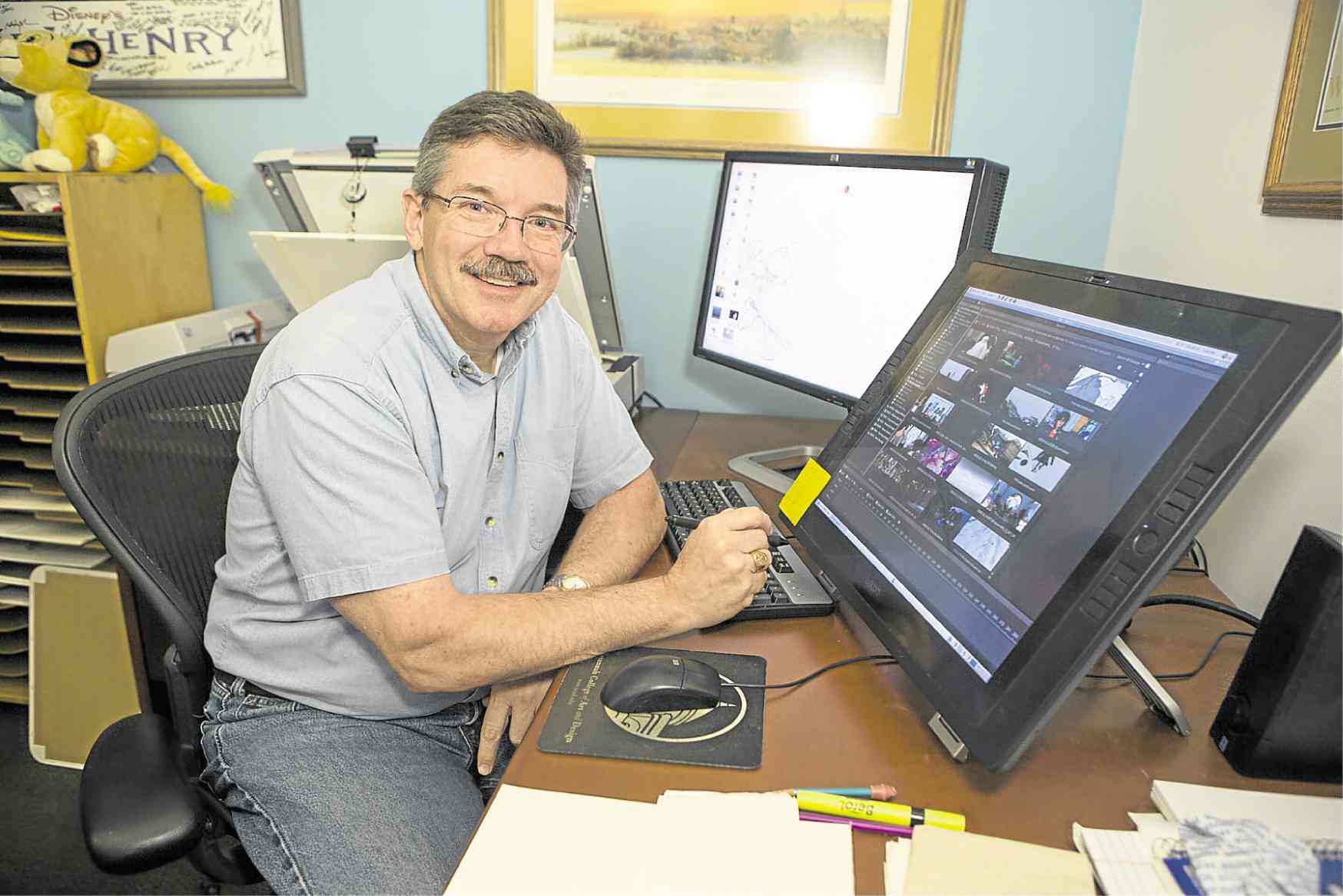 NEXT FLICKS Mark Henn looks forward to working on “Frozen 2,” and “go on that journey” with the same filmmakers he had worked with before. —CONTRIBUTED PHOTO

He can show you the world – from Mickey to Mulan

As a little boy in Ohio in the 1960s, Mark Henn had a dream. Captivated by the magic of classic Disney movies like “Cinderella,” he decided he was going to become a Disney animator.

Henn’s boyhood dream turned into reality after he graduated from the Disney character animation program at California Institute of the Arts. He joined Walt Disney Animation Studios in 1980 and started as a full-fledged animator in “Mickey’s Christmas Carol.”

“You can’t top that,” Henn told the Inquirer in a roundtable interview.

Henn would go on to work as supervising animator on unforgettable Disney characters like Ariel in “The Little Mermaid,” Belle in “Beauty and the Beast,” Jasmine in “Aladdin,” young Simba in “The Lion King,” “Mulan,” “Pocahontas,” and Princess Tiana in “The Princess and the Frog.”

“‘The Little Mermaid’ was certainly a milestone,” Henn said. “It ushered in a new generation of musicals that hit its peak with ‘The Lion King,’ which was a pleasant surprise to all of us.”

More recently, Henn worked as lead 2D animator on films “Big Hero 6” and “Frozen,” both of which won Oscars for best animated feature. He’s also the 2D animation supervisor for “Ralph Breaks the Internet,” the sequel to the 2012 comedy “Wreck-It Ralph.”

“It’s fun to go back and revisit characters that we got to enjoy in the first film. We get to do it all over again with a whole bunch of new characters that they run into.”

In “Ralph Breaks the Internet,” which is set to hit theaters in November, the gentle giant slash video game villain voiced by John C. Reilly, and his friend, Vanellope von Schweetz (voiced by Sarah Silverman) “go into the internet.”

“That was exciting but also challenging because [the internet] is such a vast world. It’s so big [that we had to] boil it down to what we needed to use to tell our story. Obviously, there’s so much we couldn’t use. You have to make choices. I’m sure there were a lot of good ideas that got tossed out because they didn’t fit with the story we wanted to tell. But I think what we ended up with is pretty good. I think people are going to be really entertained,” Henn said.

Henn thinks the movie will appeal to all audiences, something Disney films always aspire to do. “That was Walt [Disney’s] philosophy. From the child to the child in us … We’ve always done that. Our goal [is] to create films that appeal to the widest audience around. The audiences have changed over the years; they’re much more sophisticated.”

Another thing that has changed in the world of animation is technology. “The myth with computer animation is that it makes life easier, and I would say that’s a myth. People think, ‘Oh, you just push a button and it’s faster.’ No. It’s not faster, it’s not cheaper. In fact, with the technology, you have more people involved because you have to have a whole group of people to fix things when that technology breaks down,” Henn said.

“In hand-drawn days, the worst thing that would happen is my pencil broke. Or I ran out of paper. Now, you have all the benefits of technology that give filmmakers tools to be able to create worlds that would be very difficult to do in the hand-drawn world. On the other hand, when that (technology) breaks down, you need a whole tech department for support, a different group of people with expertise to fix things.”

But the steps haven’t changed, Henn said. “We basically follow the same process that we’ve always done going back all the way to ‘Snow White’ in terms of how our films are made. Stories are developed, they’re storyboarded, reels are built … Once things are approved to go into production, the animators come on. It still boils down to people and just the hours it takes to get these films done.”

Henn may be on the list of the world’s most influential animators but he’s not done dreaming. “In 2000, I had a chance to direct a short film, ‘John Henry,’ which was a wonderful experience. It’s a unique role and very satisfying. I’d dearly love to do it again if I get an opportunity.”

The animator is also hoping to work on the much-awaited “Frozen 2.”  “I’d like to get back with the same group of filmmakers and go on that journey with them as well,” he said.

Asked what he’d like to tell those who dream of becoming an animator, Henn said: “Be a good artist. Get a good art education but you also need to learn computer skills. You need to be able to sit down and have a basic skill level to be able to do the job because that’s where the bulk of the work is.”

Henn is in Manila for the AsiaPOP Comicon  happening this weekend at SMX Convention Center in Pasay. Today, the last day of the convention, he will be at Disney’s Hall D to take fans through his 38-year journey with Disney and animation.