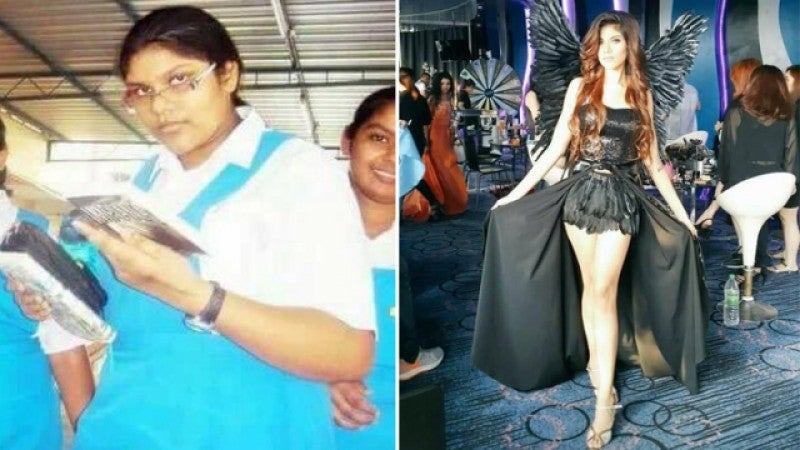 “I used to be bullied in school. Friends laughed at me due to my size. I felt I was ugly. Even relatives also teased me,’’ recalled Joanna, 21, who is has Indian blood and is now a popular model in Malaysia. She is the runner up of Miss India Worldwide 2018.

Teachers and students often joked about her size and referred her as the `ugly duckling`. She did not have a happy life in campus and was often isolated. Once she suffered from depression and relied on writing journals and listening to music to spend her time.Joanna decided to change herself at the age of 16.

“I wanted to take charge of my life. If I do not take action, I will be the same forever.”Since then she changed her diet in a drastic manner, replacing unhealthy food with fresh greens. She jogged for two hours every night.

Her weight came down fast and she grew slimmer. However, those who teased her did not let her go. They even said she took drugs that was why she lost weight. Finally Joanna decided to ignore those remarks and no longer harassed by malicious comments.Weighing at 115 pound now (52 kg), she is also a much sought after model in Malaysia. Two years ago she was crowned Miss Selangor Earth 2016. This year she is the runner up of Miss India Worldwide.

Joanne hopes to inspire others with her story.

“If I can do it, everyone can, as long as you are determined. If you have a goal, pursue it and prove it to others who look down on you that you can.”