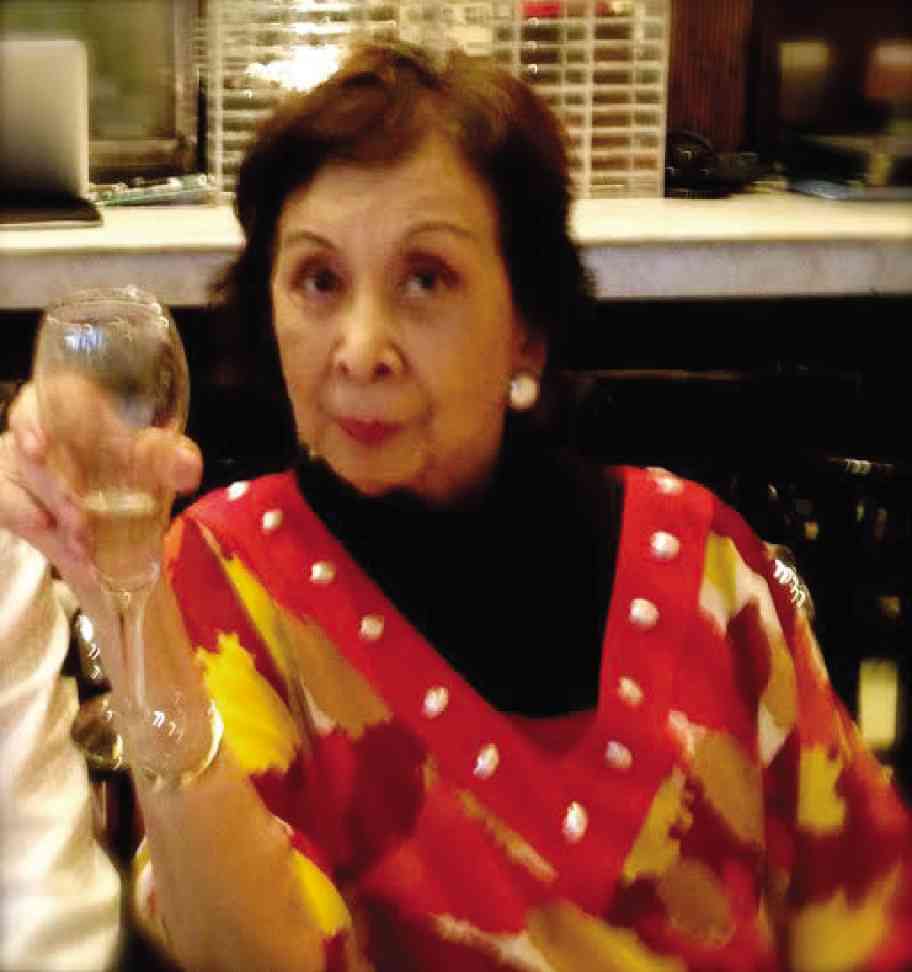 CARMEN Guerrero Nakpil toasting to a good life two years ago. A survivor of the last war, she was a widow with two children to raise at age 22.

Essayist and historian Carmen Guerrero-Nakpil passed away before dawn Monday, daughter Lizza Nakpil confirmed to the Inquirer. She was 96.

She died at about 1:30 a.m., according to her other daughter Gemma Cruz-Araneta.

Nakpil was chair of the National Historical Commission from 1968 to 1971 and was elected to the executive board of the UNESCO Paris in 1982.

As a writer, Nakpil published 10 books, namely: “Woman Enough: And Other Essays,” “A Question of Identity,” “History Today,” “The Philippines and the Filipinos,” “The Rice Conspiracy: A Novel,” the “Centennial Reader: Selected Essaysm,” and “Whatever.”

“Myself, Everywhere” won the National Book Award in 2006.

From 1946 till 2006, she worked successively as staff member, editor or editorial columnist at the Evening News, The Philippines Herald, the Manila Chronicle (where she had a daily column for 12 years), the Manila Times, Asia magazine, and Malaya, in addition to contributing lectures, essays, short stories to other publications in the Philippines and the rest of the world.

Nakpil graduated from St. Theresa’s College in Manila with a Bachelor of Arts degree in 1942.