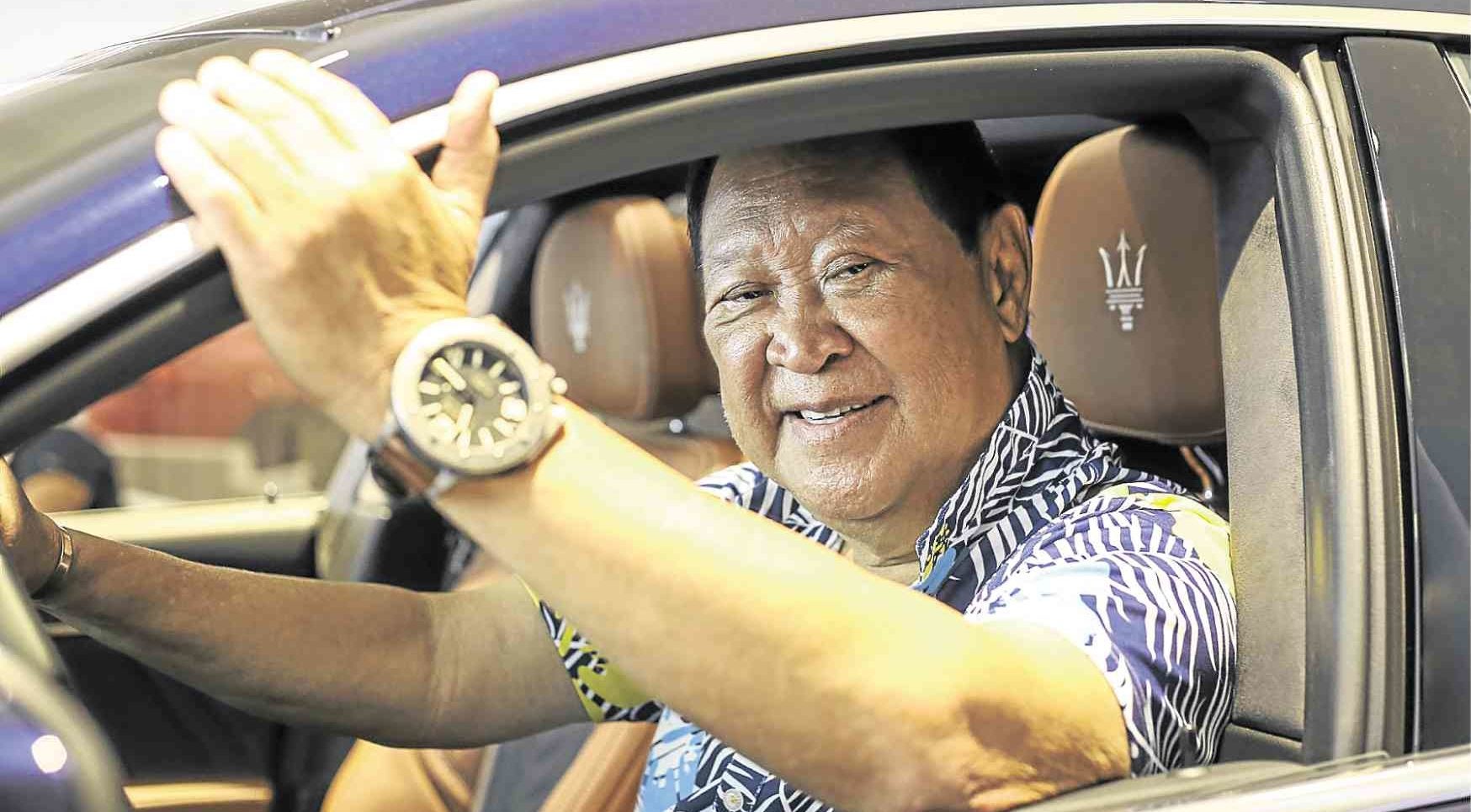 Drawing on its heritage of Italian design flair and race-proven technology, the venerable marque from Modena has found its niche in the upper echelons of luxury-class motoring.

A Maserati is the thinking man’s bling.

Like Mick Jagger, it sings: “please allow me to introduce myself, I’m a man of wealth and taste.”

Sure, you could probably scrape together P8 to 10 million more and get yourself a Ferrari instead.

But for people with nothing left to prove and nothing to compensate for, a Maserati is plenty fine. A lot of car enthusiasts find its understated elegance and versatility more appealing than its admittedly sportier rival.

Besides, since the company was acquired by Ferrari some decades ago, a Maserati shares the DNA of its old archrival, not least in its Ferrari-designed and -built engines.

It’s like the ideal spouse: taking care of business during the day, and lighting your fire at night.

No surprise then that the people associated with the Maserati brand tend to be driven by the same passion embodied by the car. They understand that passion is what allows you to reach the top. The trick is keeping the passion alive once you get there.

Wellington Soong, chair and president of Formula Sports Inc., Philippine distributors of Ferrari, Maserati (and until recently, Jaguar and Land Rover), knows a thing or two about being driven by passion.

He started his luxury car dealership at the worst possible time—right in the midst of the Asian financial crisis which nearly dessicated his target market.
Against all odds, he soldiered on and built up his business into what it is today.

“I have a different definition of success,” he says. “For me, success is what you went through to achieve these things. There are successes without money in the bank. Attitude and hard work are the ingredients for success.”

Soong’s attitude has allowed him to weather the inevitable setbacks that are part of any journey.
Last year, after he had spent years promoting and building up two of his flagship brands—Jaguar and Land Rover—the British car maker’s new management decided to revoke his franchise. It was a bitter blow, specially since Soong was a long-time Anglophile who loved his Jaguars.

“Ironically, it’s the best thing that could have happened,” he told friends. “A real blessing in disguise, so many doors have opened, the start of many new chapters. The journey continues and I still wear my smile of gratefulness.”

No matter how successful one becomes, however, Soong believes that one must never become jaded.

“Success is a very brief moment,” he says. “It is staying on track and staying in focus that guides you on how to steer. What did you get into it for, and what are you after now?”

The high-octane life of automobile racing is what drives race organizer and professional racing instructor Georges Ramirez. The son of the legendary motorsports pioneer Pocholo Ramirez, who basically established competitive racing in the Philippines, Georges inherited the passion for driving really, really fast.

At that rarefied level of competition, burnout can be a career-ending possibility.

“One can get burned out in the field,” Ramirez says. “But for me, at least, the passion part is what doesn’t get burned out. I still like to drive. A lot of my friends say ‘let the driver drive’ or ‘let somebody else drive’ but for me, no, the passion for driving is always there.”

There was a period when car racing was practically nonexistent in the country, and it was Georges and his father who brought circuit racing back to life, a process that was not without its trials and tribulations, he says.

“I never look at what other people are doing or try to copy it, or compete with it,” he says. “Even when they copy the rules and even the name of a race that I established, and backstab me.”

“I always look forward,” he adds. “This is what I like to do, this is where I’m going, this is what turns me on so I just go my own way and do my own stuff.”

Eric Yu, CEO and president of Cellprime Distribution Corp., the developers of the proudly Philippine-made Cloudfone brand of mobile phones and the satisfied owner of a Maserati Quattroporte, has parallel tales to tell about passion, even though he belongs to the very different world of tech entrepreneurship.

Like Soong starting a luxury car dealership during the worst economic crisis in recent history, people told Yu he was crazy for thinking of developing a locally made mobile phone just when cheap smartphones from China were hitting the market.

But as William Blake said, “if a fool would persist in his folly, he would become wise.”
Cloudfone has managed to carve out a comfortable niche for itself in the crowded mobile phone market, competing with the likes of Apple and Samsung and the other tech giants.

“I’ve always had this challenger mentality,” he adds. “I always look at things I need to do, and I’m challenged to get there. I never get it in my head that I’m satisfied. I need to keep moving on. The passion is always about taking the next step.”

“One thing that applies to all three of us is: We set the pace, we don’t chase it.”

As a brand that embodies passion, it is fitting that Maserati chose as its corporate social responsibility program another passion project, Nanette Medved-Po’s Hope in a Bottle enterprise. By selling bottled water with corporate and retail partners, the project addressed the shortage of classrooms by building classrooms using the profits.

It was also a way to connect the seemingly distant and disparate worlds of public education and luxury cars toward a worthy goal.

“We felt that this was a very meaningful way of translating our passion for cars into something that can reach the grassroots,” Soong says.