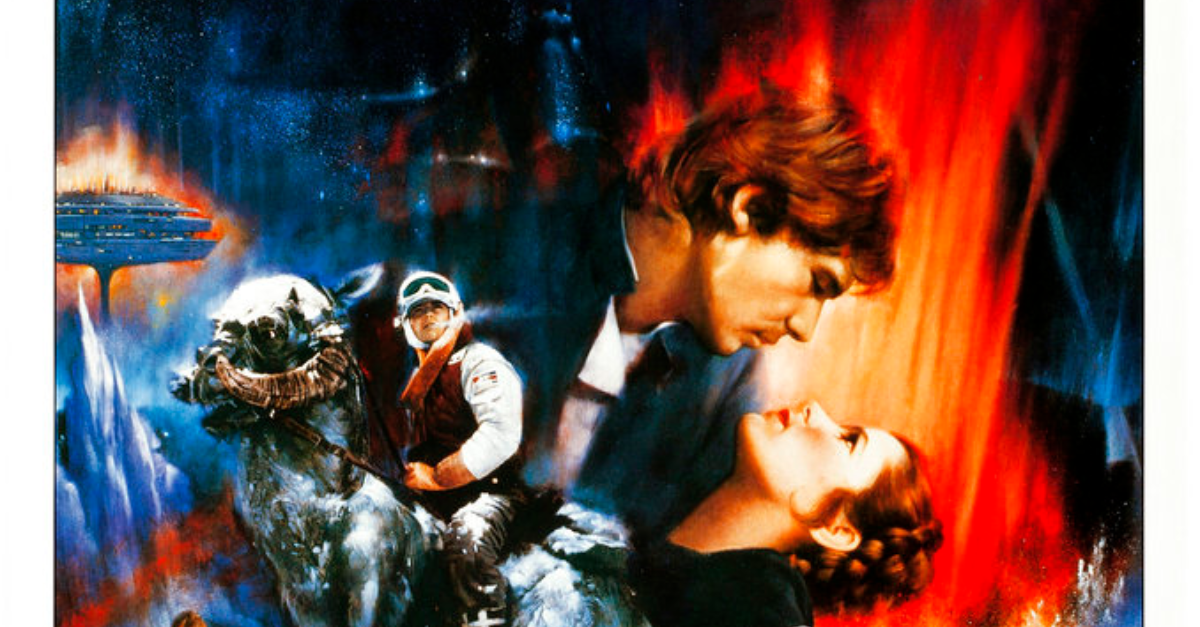 Draft poster for ‘The Empire Strikes Back’ sells for P1.4 million

Heritage Auctions says a long-time pop culture collector who wished to remain anonymous made the winning bid Sunday in the Dallas auction.

The poster features Han Solo and Princess Leia in an embrace similar to one from a “Gone With the Wind” poster featuring Rhett Butler carrying Scarlett O’Hara while surrounded by flames.

Grey Smith, Heritage’s director of vintage posters, says the draft poster for the 1980 movie “The Empire Strikes Back” is unique because it shows Roger Kastel’s complete artwork in the original color palette.

After final revisions, the poster had a darker color scheme than the draft’s vibrant reds and oranges. It was also more streamlined with fewer characters. NVG