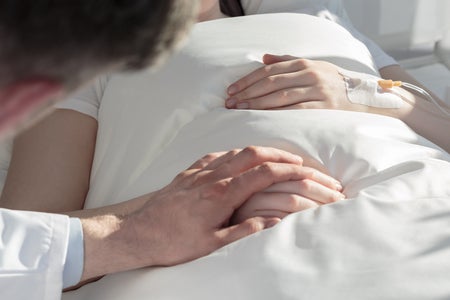 When Zhang Rui, a native of Anhui province in China, was diagnosed with leukemia last April, many offered to donate to the crowdfunding campaign her friends put up to help with her treatment. But in just two months, last June, Zhang succumbed to the cancer and died.

Zhang was only 22 years old when she died, according to Red Stars News via The South China Morning Post, Aug. 1. Before her diagnosis, she worked at a property company in Wenzhou, Zhejiang province. It was her workmates from the company who put up her crowdfunding campaign, along with her aunt.

Thanks to the widespread power of the internet, more than 12,000 people donated for Zhang through the crowdfunding effort in less than six days. But even though they were able to collect around 500,000 yuan ($73,000 or P3.8 million) from kind donors, the money was still no match to the merciless cancer.

Zhang’s mother, unnamed in the report, lost her husband 17 years ago, and now has to deal with the loss of her daughter, too. She survives merely on state benefits and has even started to pay back the amount that was donated to them. She returned 430,000 yuan ($63,000 or P3.3 million) of the donations, the report stated.

“It’s not easy for everyone to get money,” Zhang’s mother was quoted as saying. “All the donations were designed to treat my child. Now my child has passed away, the money should be returned to everyone.”

Before Zhang died, she told her mother to keep the donated money for herself, but her mother does not agree to the idea. Her mother said, “I already have enough.” Cody Cepeda/JB