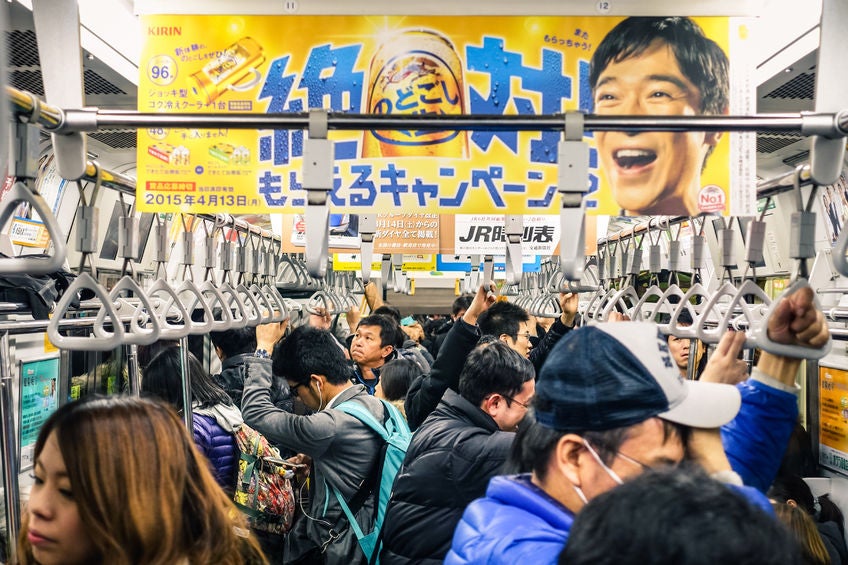 A Japanese man delayed a train service in Tokyo after his head got stuck under a train’s seats.

A train running on the Yamanote Line pulled in at the Hamamatsucho Station in Tokyo’s Minato ward on Aug. 1 at 2:04 p.m. The vehicle’s movement caused a man in his 50s riding the train to lose balance and stumble to the floor. In an odd twist of circumstances, his head got lodged into the 15-centimeter-high space underneath the train’s seats, reported Asahi Shimbun Digital via SoraNews24.

Fellow passengers contacted the conductor after they realized the man had gotten stuck and could not free himself.

After an hour of effort from rescue workers, they disassembled the heating mechanism under the seat, allowing the man to free his head. Fortunately, the man did not suffer any sign of head trauma. However, paramedics noted that the man appeared intoxicated–a possible reason why he was so easily toppled from where he stood on the train.

Japan’s train systems are so well-timed that operators would even apologize when trains leave the stations too early. With that in mind, it would be easy to imagine the chaos that a train stopping in one station for an hour would create.  Alfred Bayle /ra