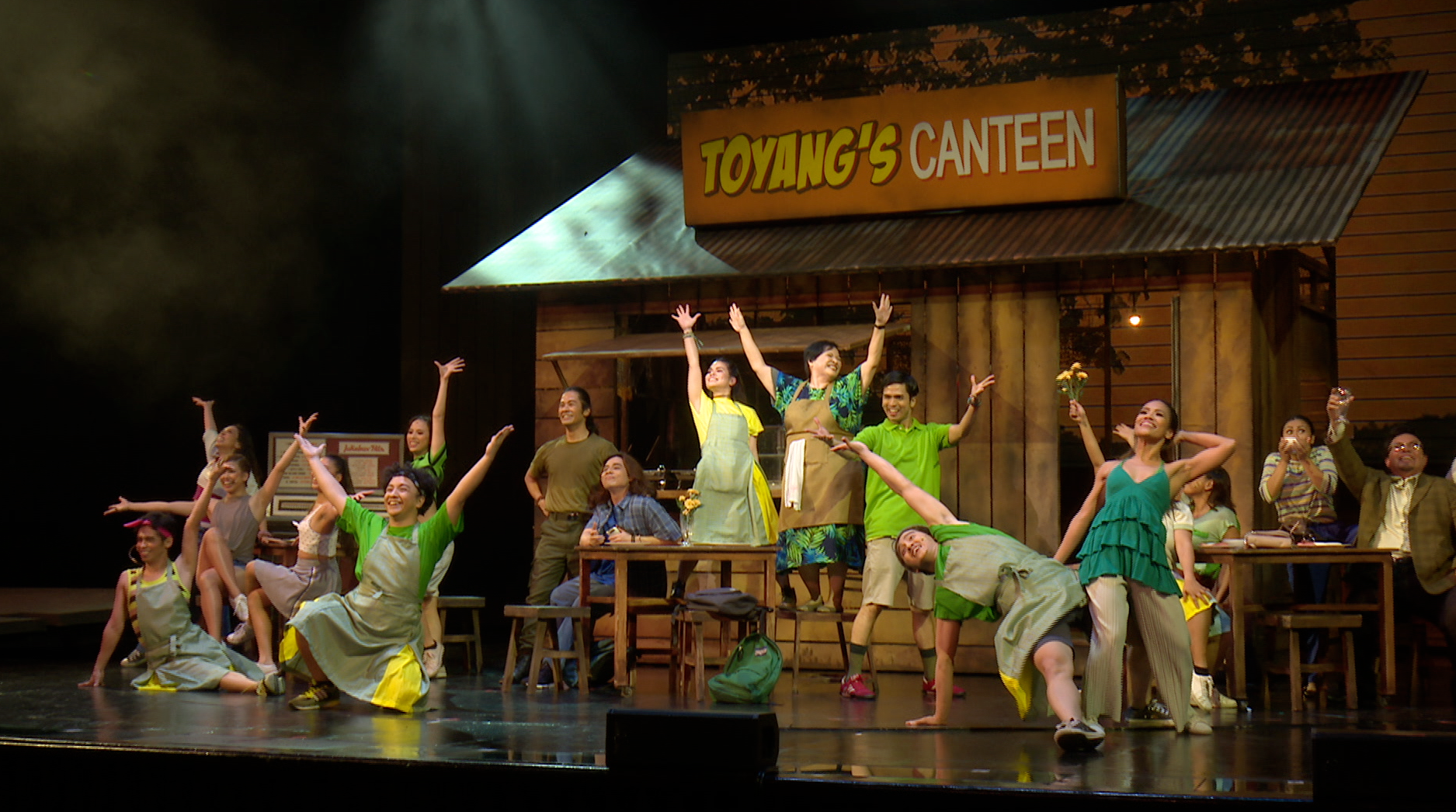 The new original Filipino musical “Ang Huling El Bimbo,” running at Resorts World Manila’s Newport Performing Arts Theater until Sept. 2, explores the friendship of Emman, Hector and Anthony, three college schoolmates whose bond with a young woman, Joy, echoes into their adult lives. For two and a half hours, the musical tackles love, sexuality, nostalgia and the bewilderment of growing up in the ’90s—all appropriately channeled through the eclectic discography of that era’s top rock band Eraserheads.

Unfortunately, “Ang Huling El Bimbo” isn’t quite able to rope these themes into one fulfilling story. It’s far more effective purely as a musical tribute, with strong performances and a brilliantly creative score.

“Ang Huling El Bimbo” understands the legacy of its source material, and musical director Myke Salomon boldly resists catering to our expectations. Majority of the songs have been rearranged in ways that reveal entirely new layers of emotion. “Pare Ko” and “Cutterpillow” are performed with the aggressive rhythm of a military march. “Slo Mo” is sung as a paranoid, self-loathing monologue.

Other songs, like “Shirley” and “Alkohol,” are completely recontextualized by cleverly changing or omitting certain lyrics. Still, others, like “Tindahan ni Aling Nena,” “With a Smile” and the title track, are left virtually untouched, but are amplified beautifully by the addition of multiple voices and a full live orchestra. The whole production is stuffed with thrilling musical moments.

The problem is that “Ang Huling El Bimbo” attempts to string these moments into a narrative that’s ultimately too disjointed and anticlimactic. The story begins as a fun slice-of-life set in the ’90s, but makes a drastic turn by the end of Act 1. There would have been nothing wrong with this tonal shift, if the first act didn’t spend so much time shoehorning in as many Eraserheads references as possible—no matter how unnecessary—instead of continuing to deepen its characters.

And this wouldn’t have been a problem if Act 2 didn’t end up erasing the agency of its three protagonists anyway. The result is a plot that can’t decide what its priorities are.

The dramatic center of this musical is one of violent tragedy. But it occurs primarily to elicit an emotional reaction, instead of providing insight or development consistent with the way the characters had been set up so far. The victim of the tragedy only continues to be subjected to misery, while the other characters do nothing to earn the changes they eventually undergo. The show tries to build toward a sense of absolution, but the comfort offered to the characters is undeserved.

In the end, the musical is content with simply letting things happen to people, without allowing these people to create change themselves. The tragedy comes off as manipulative, with no clear message and somewhat faulty handling of themes of abuse, poverty and addiction.

Despite this, it’s undeniable how well director Dexter Santos interprets the story of “Ang Huling El Bimbo” for the stage. Santos uses all the tools at his disposal—dynamic sets, a rotating centerpiece, a video screen—to portray the rapid passage of time. And save for several awkward transitions between the past and present, his direction succeeds at simulating the splintering of memory.

Santos blocks his actors purposefully, placing certain characters in boxes from which they can’t seem to escape, and scattering others around almost as living scenery.

Thankfully, many of these actors transcend the limitations of their characters with unexpected sincerity. A kinetic, charismatic Topper Fabregas lights up the stage as the younger Anthony, which contrasts hauntingly with Jon Santos’ rigid and self-conscious portrayal of his older self.

Tanya Manalang’s younger Joy and Sheila Francisco’s Tiya Dely match each other beat for beat, from playful teasing to the utter heartbreak of watching one’s way of life get stolen away. And making a late but memorable appearance is Menchu Lauchengco-Yulo, whose turn as the older Joy is fragile and resilient in the same breath.

It’s no easy feat that this cast elevates “Ang Huling El Bimbo” so far above the page, but perhaps they’re simply following the Eraserheads’ cue. Decades later, Ely, Marcus, Buddy and Raimund are still teaching us that there’s always more than one way to tell a story.