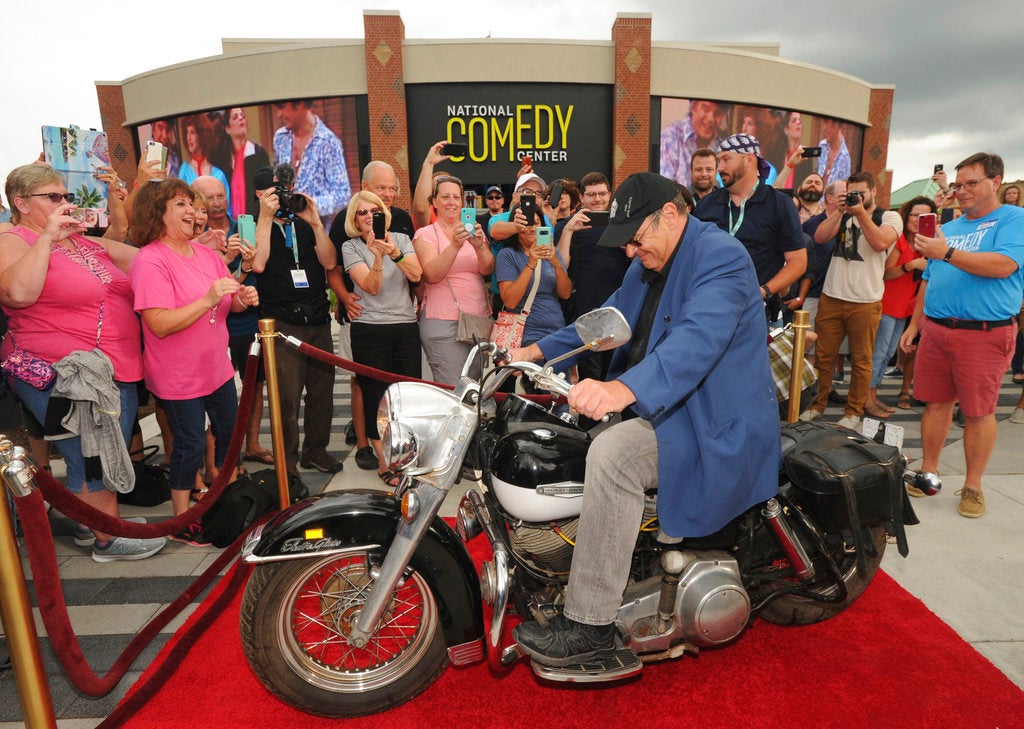 JAMESTOWN, New York — Dan Aykroyd has brought his Harley Davidson motorcycle to the new National Comedy Center, and left it there for permanent display.

The “Saturday Night Live” alum is one of numerous celebrities who have traveled to the western New York city of Jamestown this week to celebrate the grand opening of the center.

He has delivered the motorcycle, which he used to ride to “SNL” studios, on Friday before a performance by Amy Schumer.

The National Comedy Center is full of comedic artifacts including costumes and scripts. Dozens of interactive exhibits let visitors explore decades of humor and their own comedic tastes.

The $50 million center was inspired by the city’s most famous resident, “I Love Lucy” actress Lucille Ball, who envisioned a place to honor comedy as an art form. MKH