The guy behind the biggest Godzilla yet | Inquirer Lifestyle ❮ ❯ 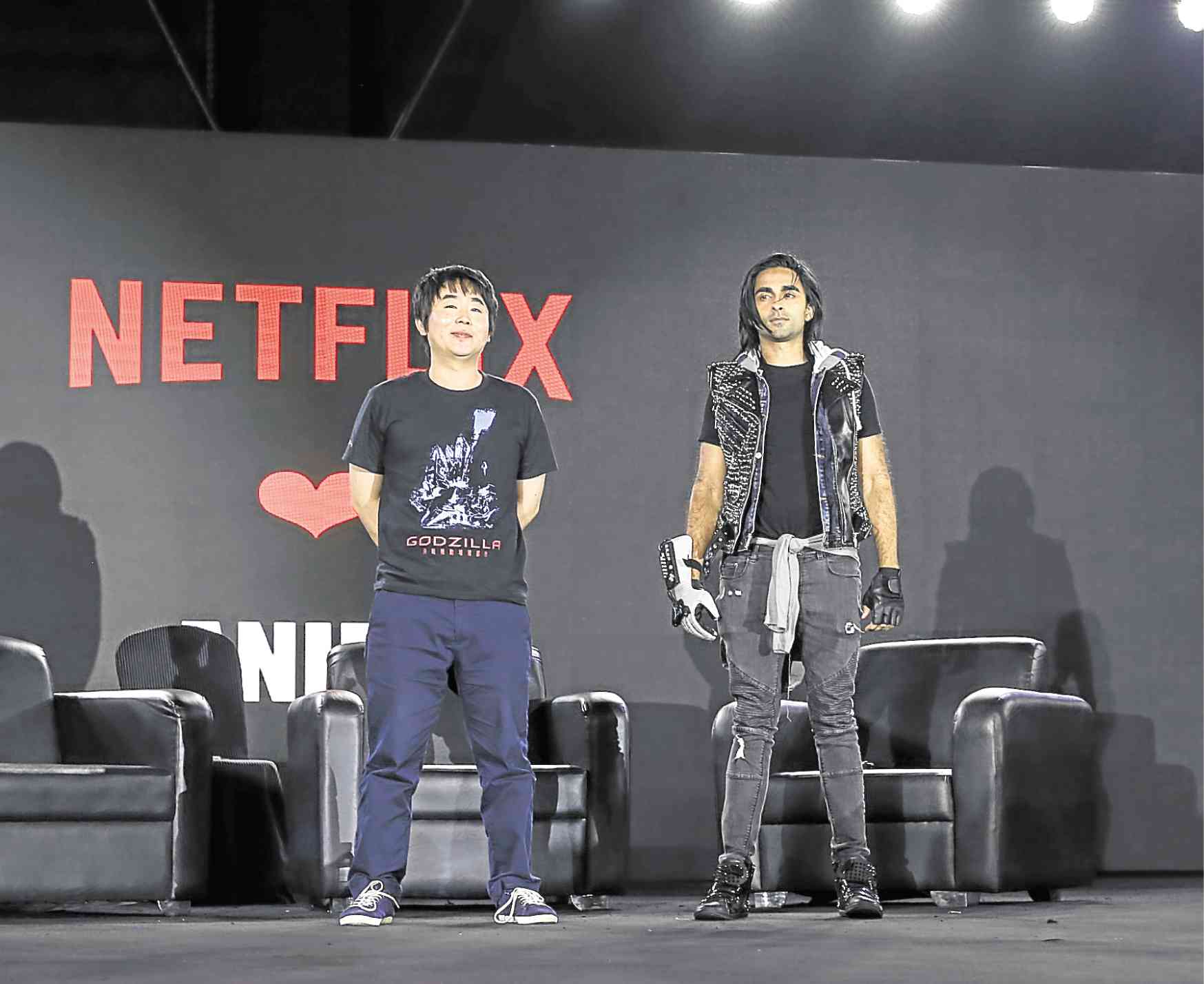 The guy behind the biggest Godzilla yet

There has never been a better time to be Godzilla. The King of the Monsters has been a cinematic icon since introduced by, among others, director Ishiro Honda in 1954, and is the subject of the longest science-fiction franchise in movie history.

He’s also had a makeover. Godzilla was thoroughly modernized in the American production “Godzilla” in 2014: the guy who directed that, Gareth Edwards, would go on to direct the critically-acclaimed “Rogue One: A Star Wars Story.” This version of Godzilla will be appearing in not one, but two sequels, 2019’s “Godzilla: King of the Monsters” (check out that amazing trailer) and 2020’s “Godzilla vs. King Kong” (itself a sequel to “King: Skull Island” and spiritually the silly 1962 “King Kong vs. Godzilla).

He’s also got another cinematic reinvention, this time by original rights owners Toho Company Ltd., in Japan. Toho unleashed its own modern (but stylistically very much a nod to the original) take on Godzilla in the 2016 film “Shin Godzilla.”

But the biggest and most radical take on Godzilla is that seen in the Netflix animated film franchise. In 2017, Netflix released “Godzilla: Planet of Monsters,” the first of a trilogy. It is a CGI-animated series that goes whole hog into the sci-fi conceit of Godzilla.

Many years in the future, Godzilla has forced mankind off the planet Earth, but humanity has returned desperate to reclaim the planet they lost to the kaiju (Japanese for monster). Led by the determined Haruo Sakaki, the humans and their allies hatch a plan to kill Godzilla—but their plan doesn’t quite go the way they expected.

Netflix has just released the second film, “Godzilla: City at the Edge of Battle,” and the Godzilla in this film is the biggest, most dangerous Godzilla yet. Nicknamed “Godzilla Earth” by fans, this evolved form of Godzilla stands 300 meters tall and weighs over 10,000 tons. His atomic breath is stronger and reaches farther than ever. His roar is unearthly, and when he moves, the landscape changes. He is a walking, roaring extinction-level event. This sequel ends on a heartbreaking cliffhanger, and the third film in the franchise, rumored to be titled “Godzilla: Stareater,” will stomp into screens in 2019.

Takashi Yoshizawa is a producer from Toho and one of the guys behind the biggest Godzilla ever. Yoshizawa was in Manila for AsiaPOP Comicon and discussed this monster of a franchise.

Yoshizawa, who understands English but speaks through a translator told Super what he thought was unique about this film: “Of course this is the first time it’s been made into an anime version, so they chose science fiction as the main setting for this Godzilla story, because whatever they could not do in the live version, they thought about doing it now in the animation.”

Why then is this Japanese icon only being done in anime form now? “When you’re doing anime, it’s hard to draw on such a big scale, so they wanted to protect Godzilla’s brand image because he is such an icon. Because of the developments of the techniques in CGI, it’s now possible to take such a large-scale monster and do him in animation, and this is what’s they’ve been doing for four-and-a-half years now,” he said.

There are noticeably political and philosophical elements embedded into the Godzilla CGI films. What’s up with that? “In Japanese anime, the more complex materials are the ones that are more popular because viewers can accept this kind of content,” Yoshizawa told reporters. “In the newest movie, ‘Shin Godzilla,’ there was also some political background to it. In these films, it’s just Godzilla and monsters fighting each other but it’s how we human react to and fight against Godzilla.”

Will Filipino, already fans of the traditional Godzilla, fall before this new King? “In the third installment there is a big fight between Godzilla and King Ghidorah that fans can look forward to. Because this is a trilogy, there is a build up on the drama, one thing that can be attractive to Filipino fans. If you watch the first installment up to the third installment, maybe you can be moved by the story because it all ties up in the end.”

Yoshizawa immediately owns up to the Godzilla films which have heavily influenced him, all of them old-school Godzilla. His favorite is 1989’s “Godzilla vs. Biollante,” followed by “Godzilla vs. Mechagodzilla” (the original 1974 one, he clarifies) and 1964’s “Mothra vs. Godzilla.”

Is he thinking about films behind the trilogy? “My mission now is to make this trilogy a success. After that is when you start thinking about a prequel or a sequel, or whatever spin-off stories they may be. But the focus right now is to finish the three and make it a big hit. I want to do that.”

A big draw for the upcoming third is the return of one of Godzilla’s most implacable rivals: King Ghidorah, “but this Ghidorah is going to be different from any other Ghidorah before,” he warned. “I’m excited and scared at the same time.”

Yoshizawa actually has a personal goal he wants to be able to achieve as he wrangles Japanese cinema’s definitive monster. “As someone who’s seen Godzilla as a child, I’d like to see Godzilla with his children the same way,” he explained. “In Marvel, there are standards they keep up after decades with characters and I want Godzilla to be the same. The perspective you had as a child you can pass in. It’s the same thing they’ll see. As a parent you an share it with your child. Through the generations, the setting may be different but that’s where you show your skill, to be able to show Godzilla in a different light.”

Ultimately, “Godzilla: City on the Edge of Battle,” action-packed and suspenseful with a kick in the ribs of an ending, exemplifies what Takashi Yoshizawa loves the most about the monster:  “Godzilla cannot lose. He cannot die. That’s the most impressive thing about him.”

“Godzilla: Planet of Monsters” and “Godzilla: City at the Edge of Battle” are streaming in Netflix.