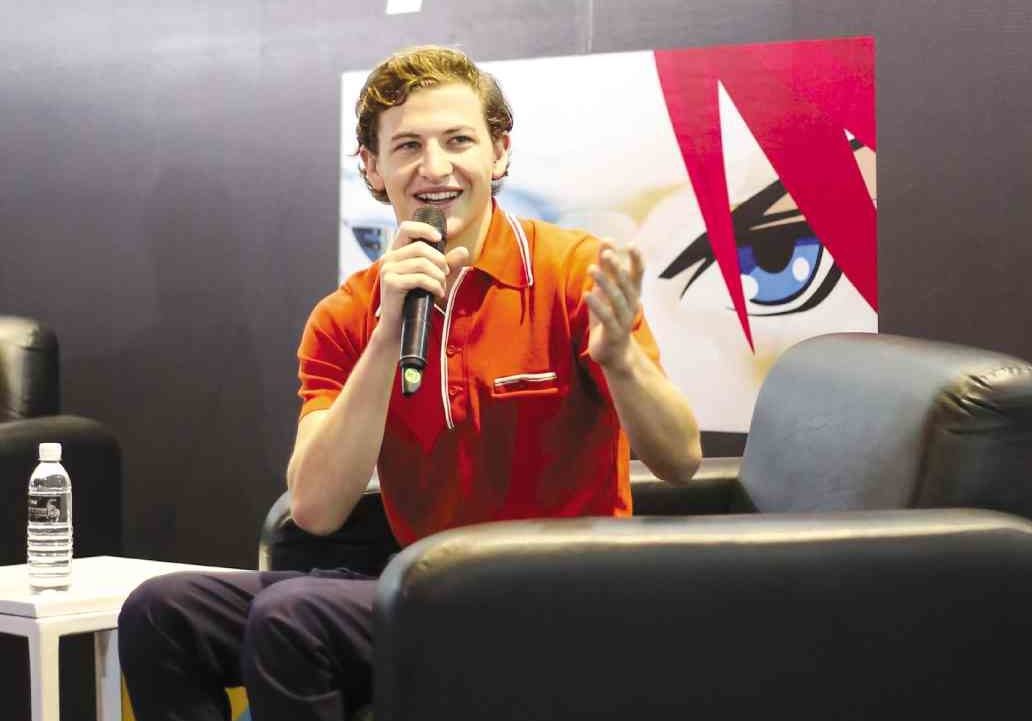 The position is open, everybody,” the event host called out to Tye Sheridan fans who had just been told by this generation’s Scott Summers, aka Cyclops, that he was missing an Art3mis in real life. (In case you didn’t know, Art3mis is the avatar of Sheridan’s character’s love interest in the film “Ready Player One.”)

The Texas-born actor, who blasted his way to the mainstream as the optic beam-powered superhero in the X-Men film reboot and this year starred in Steven Spielberg’s big-screen adaptation of a sci-fi novel, was a celebrity headliner at the 2018 AsiaPOP Comicon (APCC). The three-day celebration of fandom and geekery was held last weekend at the SMX Convention Center in Pasay City.

Sheridan strode into the APCC fan event wearing a gray shirt, dark-wash jeans and white kicks. And yet the visibly thrilled audience—some of them hyperventilating, others even teary-eyed—couldn’t help but adore the understated guy with blue eyes, light-brown hair styled into a wavy mop, and with what a US glossy had called “poochy lips.”

More importantly, audiences have been drawn to Sheridan’s undeniable talent. After a period of rejection that followed his first film gig at age 10, he has finally been able to flit from indie dramas to blockbusters, with critics heaping praise on his chameleon-like skills.

On the 21-year-old actor’s resumé are films by visionary filmmakers such as Terrence Malick, who reportedly was so captivated by Sheridan’s audition for “The Tree of Life” (2011) that the director still talks about it to this day.

No stranger to getting the Cannes and Oscar buzz himself, Jeff Nichols gave Sheridan his first big break in “Mud” (2012), a Palme d’Or nominated drama.

Later on Sheridan suits up as a Marvel superhero, and then, as Wade Watts, explores virtual reality in an ambitious film by arguably America’s most epic filmmaker.

Working with Spielberg “at such an early age in my life was really, really, really special,” Sheridan said of the experience in a separate session with the media.

“I think I learned more on that movie (‘Ready Player One’) than in any other movie in the past that I’ve worked on.”

Not that Sheridan was an unenlightened jock.

He may look like a jock (as pointed out by one giddy admirer during the fan meet)—and, indeed, before being bit by the acting bug, the Texan had been passionate about playing football—but apparently he’s got a good head on his shoulders, too.

When not shooting films, Sheridan focused on Aether Inc., a start-up interactive media company that he cofounded with his best friend a few years ago.

“My parents always told me ‘don’t put all your eggs in one basket,’” shared the budding entrepreneur about the nugget of wisdom that has inspired his business.

“I feel like… when you come out of your normal [routine], it’ll take you outside of your comfort zone, teach you something different that’s important to [opening yourself to new] opportunities, and then see where it’ll take you.”

Onscreen Sheridan will be taking on maturity as well with “X-Men: Dark Phoenix,” to be released in 2019. In the new movie, he said, Cyclops grows more mature compared with the greenhorn mutant who was only just beginning to explore his powers while also learning to be an adult in “X-Men: Apocalypse.”

“A bit more grounded and driven dramatically” was Sheridan’s description of “Dark Phoenix,” and it’s something that plays to his advantage.

“Coming from a background of doing small indie dramas,” he said, “that’s very comfortable for me and it’s also where my passion is.”

In fact he has recently wrapped up shooting one such project, “The Night Clerk,” in which he portrays a hotel employee with Asperger’s Syndrome.

“I think to make movies that explore certain themes or messages, or obstacles that people face in life… it’s very important,” said Sheridan.

“It studies something and it helps people understand something that they didn’t before, so for the question what to expect [from me] in the future, [I would want] anything like that… and help the world become a better place with [my] work.”