The Manila Philharmonic Orchestra (MPO) is perhaps the most visible among the country’s major orchestras. It performs an average of 200 shows a year, and is the resident orchestra in musical productions at Resorts World Manila.

This year the MPO is celebrating its 20th anniversary with a concert, “MPO Opus 20: Trailblazing Music Excellence,” on Sept. 1, at Tanghalang Nicanor Abelardo, Cultural Center of the Philippines (CCP).

For MPO founder and music director Rodel Colmenar, the milestone is certainly no mean feat, considering the difficulties of maintaining an orchestra in the Philippines. But credit goes to his attitude as a go-getter. He has gone through situations that tested his mettle as an artist with a mission to promote symphonic music to the masses.

For the MPO’s coming CCP performance, Colmenar says he will be conducting over a 100-piece ensemble which includes a big band and the orchestra itself, along with special guests Lani Misalucha, Raul Sunico and the University of Santo Tomas Singers. 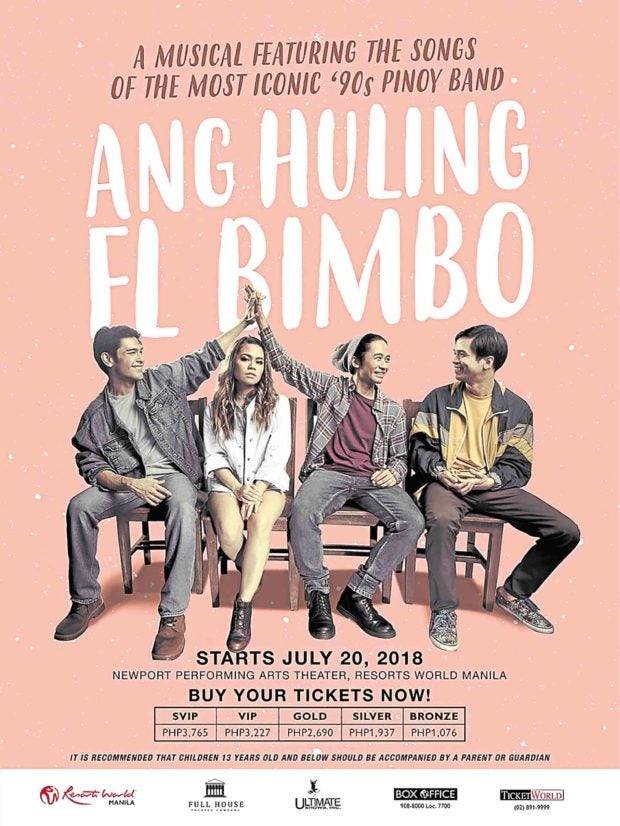 “Ang Huling El Bimbo”—written by Dingdong Novenario, directed by Dexter Santos and musical direction by Myke Salomon—follows the story of three childhood friends who would go their separate ways in adulthood, until fate reunites them to confront their troubled past, with the classic hits of the Eraserheads as backdrop.

“Eto Na! Musikal nAPO!” directed by Robbie Guevara, is about seven friends who join a college singing contest amid personal conflicts, relationships and a society in turmoil, with the timeless songs of the Apo Hiking Society as soundtrack. From music to business

At a recent dinner I was invited to at Makati Shangri-La, the warm-up music featured a statuesque lady named Avon Lea Paraiso who played on harp a mixed bag of nostalgic and contemporary pop hits including “Moon River,” “Love Yourself,” “A Thousand Years,” “Looking Through the Eyes of Love,” “Dahil Sa ’Yo.”

The main event reflected the contrast between the past and present circumstance of Carl Chao, a former hip-hop artist who now heads Opsytech Corp., a company that offers security and communications systems, among other services.

Interesting to know why Chao shifted from music to business, but that’s for another story.