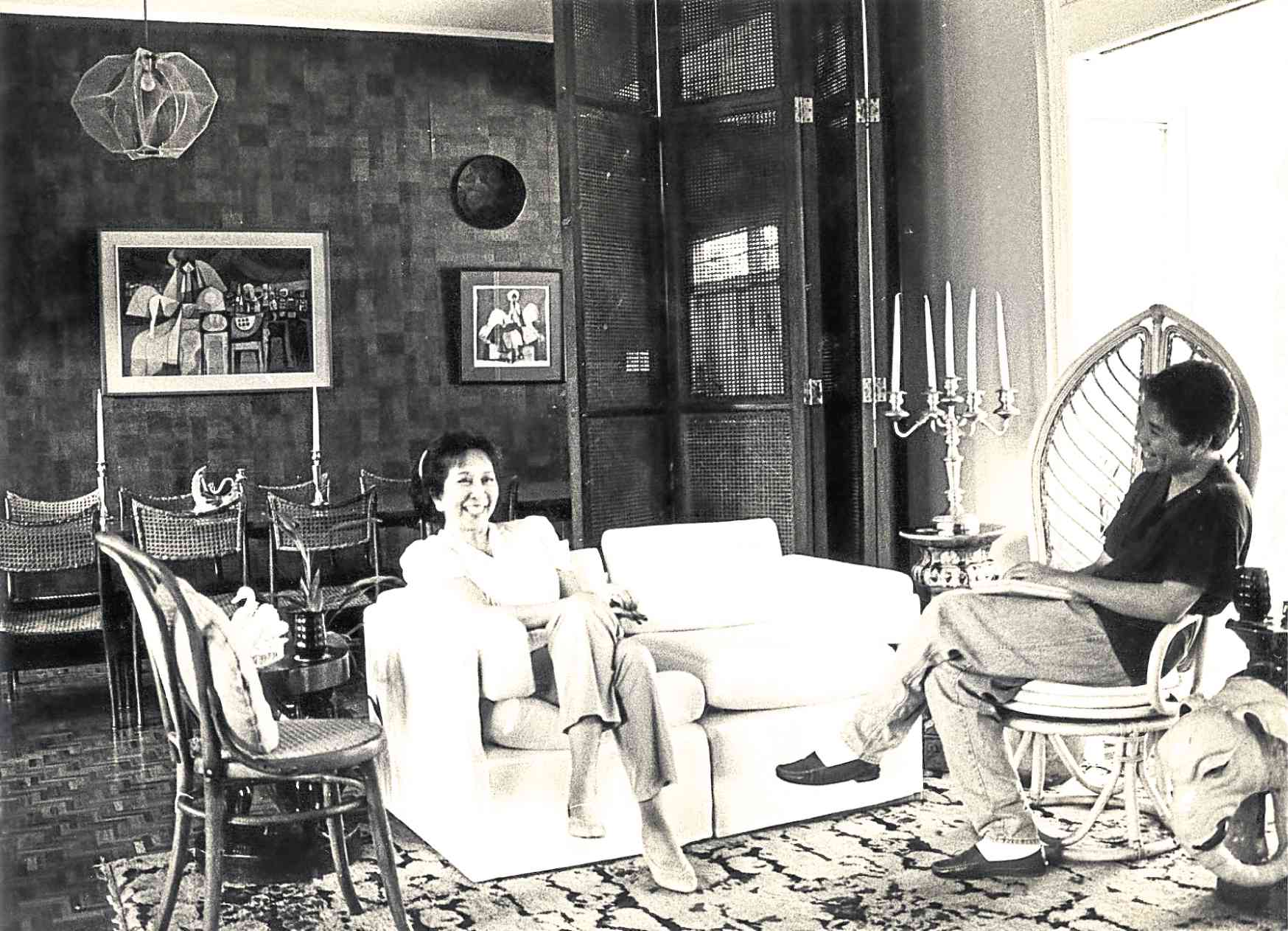 CARMEN GUERRERO CRUZ NAKPIL (all caps) was the name on the printed invitations that commanded attendance in some very remarkable dinners.

Then, as now, Club Filipino food is unremarkable, but the conversation that flowed naturally from the eclectic mix of guests she chose with care were generous helpings of breaking news, gossip and history, much of it unfortunately off the record or unprintable.

As the youngest and least important guest, I was relegated to the far end of the table, content to watch, listen and learn. Ms. Nakpil, elegant as her writing, was the North Star in the constellation, well dressed, with not a strand of hair out of place.

At one cocktail, it was obvious that she towered over a bunch of technocrats with her height and wit, all the emasculated men nursing juice or soft drinks, while nestled in her smart right hand was scotch that literally made her rock.

I was introduced to her for the first time in 1985 during an event of the Philippine Board of Books for Young People (PBBY), where she cut a dominant figure alongside future National Artists Lucrecia Kasilag, then president of the Cultural Center of the Philippines, and Virgilio S. Almario, then with Adarna House Children’s Communication Center. If it were not for her politics, she would probably be a National Artist, too.

That evening was no time to be star-struck, so I grabbed the opportunity and requested an interview on Philippine history, knowing that she was related to Rizal by her first marriage to Ismael Cruz, grandson of Maria Rizal, the National Hero’s sister; and to the Katipunan through her second marriage to Angel Nakpil, descendant of Julio Nakpil, composer of the Revolution, and his wife, Gregoria de Jesus, widow of Andres Bonifacio.

Our first interview led to many other conversations over the years, mostly on the phone, such that in 2011, she affectionately inscribed one of her books: “To Ambeth, who’s been my friend since he was a toddler.”

Six years ago, before she disappeared due to a long illness, she asked to see me urgently in her Makati flat so that she could pass on everything on Rizal she remembered from conversations with Maria Rizal.

I laughed when she said she was running out of time, not knowing that was to be our last meeting and conversation.

Her view of Rizal influenced my own writing because she turned a hero of bronze and marble into a lovable human of flesh and blood.

My book, “Rizal Without the Overcoat,” owed a lot to her stories and her encouragement.

When we were not talking Rizal, she would repeatedly emphasize the need for a nationalist view of our history. I saw this up close when I served as her cochair in the Manila Historical Commission (1996-1998).

She felt very strongly about the use and abuse of history in the formation of the Filipino sense of self. Under her watch, the annual commemoration of the “Liberation of Manila” was changed to the “Battle for Manila,” to emphasize that Filipinos fought with the Americans in resisting the Japanese occupation, and deserved equal recognition in the national narrative.

While she survived the murder and mayhem inflicted on the civilian population in the last days of the war, she lost her first husband and many relatives killed by the cornered Japanese forces in Manila in the run-up to “Liberation.” For many years, until she broke her silence with “Myself, Elsewhere” (2006), the first of a three-volume memoir, she refused to speak to nor shake the hand of a Japanese.

During the annual commemoration of Araw ng Maynila, she would explain that the event was rightfully “Araw ng Kastila,” being rooted in the foundation date of Spanish Manila, that often obscured the fact that Maynila (not Maynilad!) was already there before the Spanish contact.

Aside from serving as a model for the popularization of Philippine history, she showed me how to preside over meetings and get desired results. She told me about her chairmanship of the Manila Historical Commission (1969-1971) and how she dealt with the bureaucracy and the public, or how she lobbied for funding and legislation, preparing me to take on chairmanship of the National Historical Institute (2002-2010) and the National Commission for Culture and the Arts (2005-2007).

In 2010, when I lobbied for a legislative charter of the Historical Institute, I remembered Ms. Nakpil and made sure that, when enacted into law, the Institute would be elevated once more into the National Historical Commission of the Philippines.

Her book, “The Philippines and the Filipinos” (1977), was required reading for my high school History class, and I remember the first line in the foreword of the eminent Jesuit historian, Horacio dela Costa, who declared it “a book to shatter the peace of mind of academic historians,” describing Ms. Nakpil as “a leprechaun let loose in the archives.”

In retrospect, the historical writing of Carmen Guerrero Nakpil, E. Aguilar Cruz and Nick Joaquin probably set me up for a specialized career in historical writing. It was thus a compliment when she scribbled a short dedication in one of her books to me as a “second-generation popularizer of Philippine history.”

Her passing has left me orphaned as a writer thrice over: Doreen Fernandez taught me to research and write, Letty Jimenez-Magsanoc taught me that history is too important to be left to historians, and Carmen Guerrero Nakpil taught me that, like fire from Olympus, history should be snatched from the academic ivory tower and returned to the people, to whom it also belongs.

After a generation, no one will remember Carmen Guerrero Nakpil’s contribution to public and international service, but she will live on through her writings and the people she inspired to follow her example.

The most moving dedication she inscribed in one of her books said that I started out as her son and became her father. When we parted, in our last meeting, she held both  my hands and made me promise that I would, one day, go beyond the essay of 800 words and write a real book on Philippine history that would delight, inform and provoke Filipinos to be the nation they often fail to be.

Comments are welcome at [email protected]