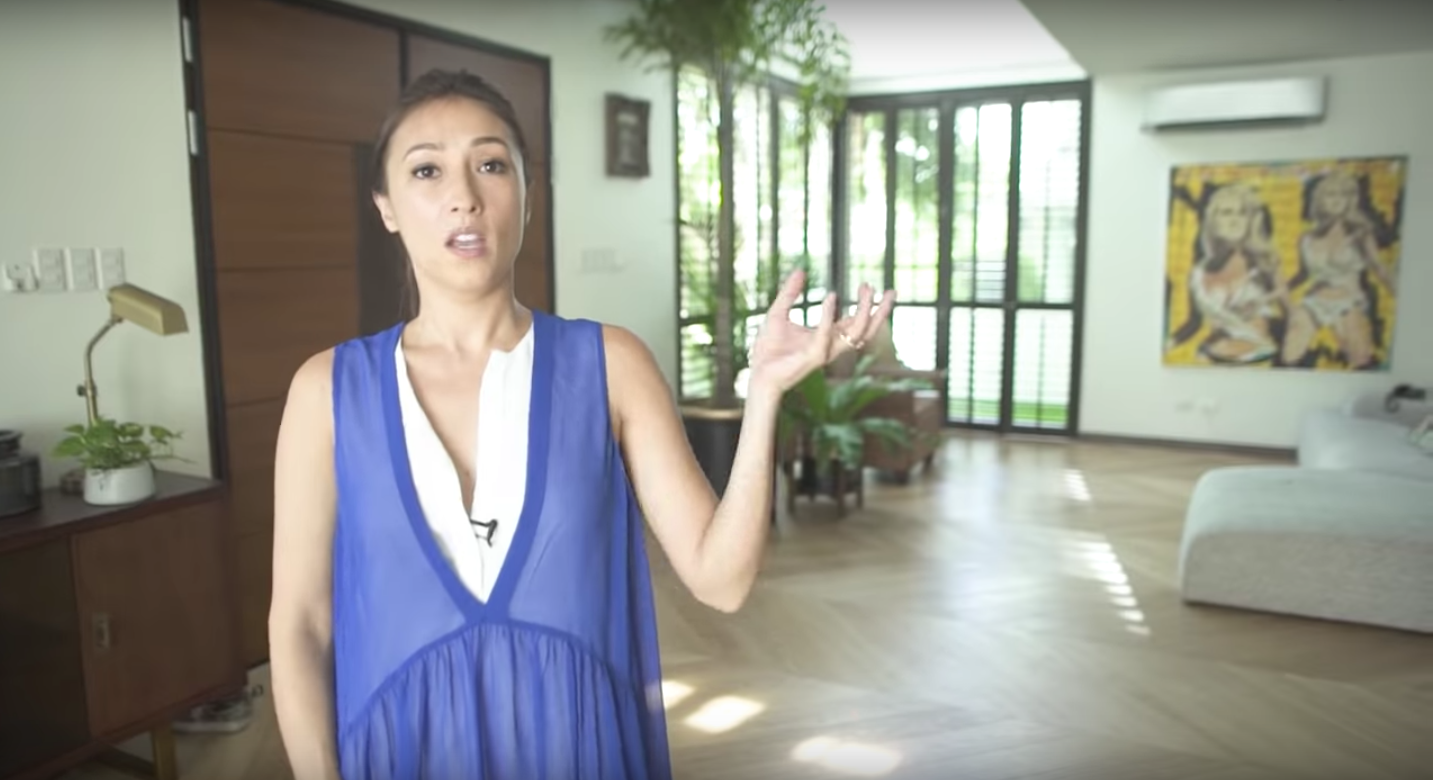 Solenn Heussaff has preferred doing things on her own, whether it’s housework, applying makeup, or getting busy with her latest project — designing the new home which she shares with husband Nico Bolzico.

Heussaff, 33, is all about the DIY life. She revealed this in her latest vlog, where she toured viewers through her multi-story home, and in the process admitting that she did not hire an interior designer “for the first time.”

Her eye for beauty and art helped her create spaces which have a cohesive theme while still giving each room its own identity.

“I believe a house has to be a home. It has to feel cozy and personal,” she shared in her blog.

Even as an actress and endorser, Heussaff emphasized that sticking to a budget was a concern. She said that the house was four years old, and she decided to renovate it rather than build from scratch to cut costs.

The house has high ceilings and is accented with wood, while rooms are decorated with Heussaff’s “homey, jungle-y, Havana, Moroccan” style.

She emphasized checking the basics in a home before decorating. “Check/fix anything electrical, and check on the piping and drainage,” she wrote, noting in the vlog that she showered in cold water for a week because the electrical supply had to be fixed.

“The cheapest home decorating tool is paint! A fresh coat of paint always brightens up a house or a room,” she said. Most of her walls were painted white, making it easy to decorate and to add accents.

With decorating, she said, “Don’t get so focused about all your stuff being in one color.” She played around with just a few colors for the walls, furniture and decor—mainly beige, black, orange and blue.

Pictures, paintings and memorabilia fill walls and shelves to give a personal touch to their home. Plants are carefully placed to literally give life to a room, even bathrooms. Heussaff cited Nest Plant Studio in decorating spaces with the right type of indoor plant depending on where sunlight hits the room.

If there is anything to spend on, Heussaff advised investing in mattresses and kitchen appliances such as a refrigerator and a stove. “The most important thing in your life is sleep,” she said. “Invest in a good bed…it will last you at least 10 years.”

For homes with balconies or outdoor spaces, she gave a tip of putting fake turf to spruce it up. She also decorated it with bamboo and other plants for a refreshing view.

“If you have a little more money to spend, try to have an accent piece in every room,” she said. Her home has more personality with chandeliers, a wall accented with wallpaper or a colorful design and bathrooms with decorative mirrors.

Although she isn’t expecting, Heussaff gave a peek into what would be the baby’s room. Because she doesn’t want to “jinx” having a baby, she said she would use it first as an art studio or place a treadmill in it.

For now, she and Bolzico are committed to caring for their pets — a turtle named Patato, a cat named Negroni and a dog named Pochola. She revealed that Patato would be getting his own home too which will have a pool and a bedroom — and maybe another home tour could be set for their dear turtle’s little house. JB

Solenn Heussaff on ‘babying’ hubby Nico: ‘He is a hardworking man’

Solenn Heussaff opens up about anxiety attack: ‘I had my own struggles with mental health’