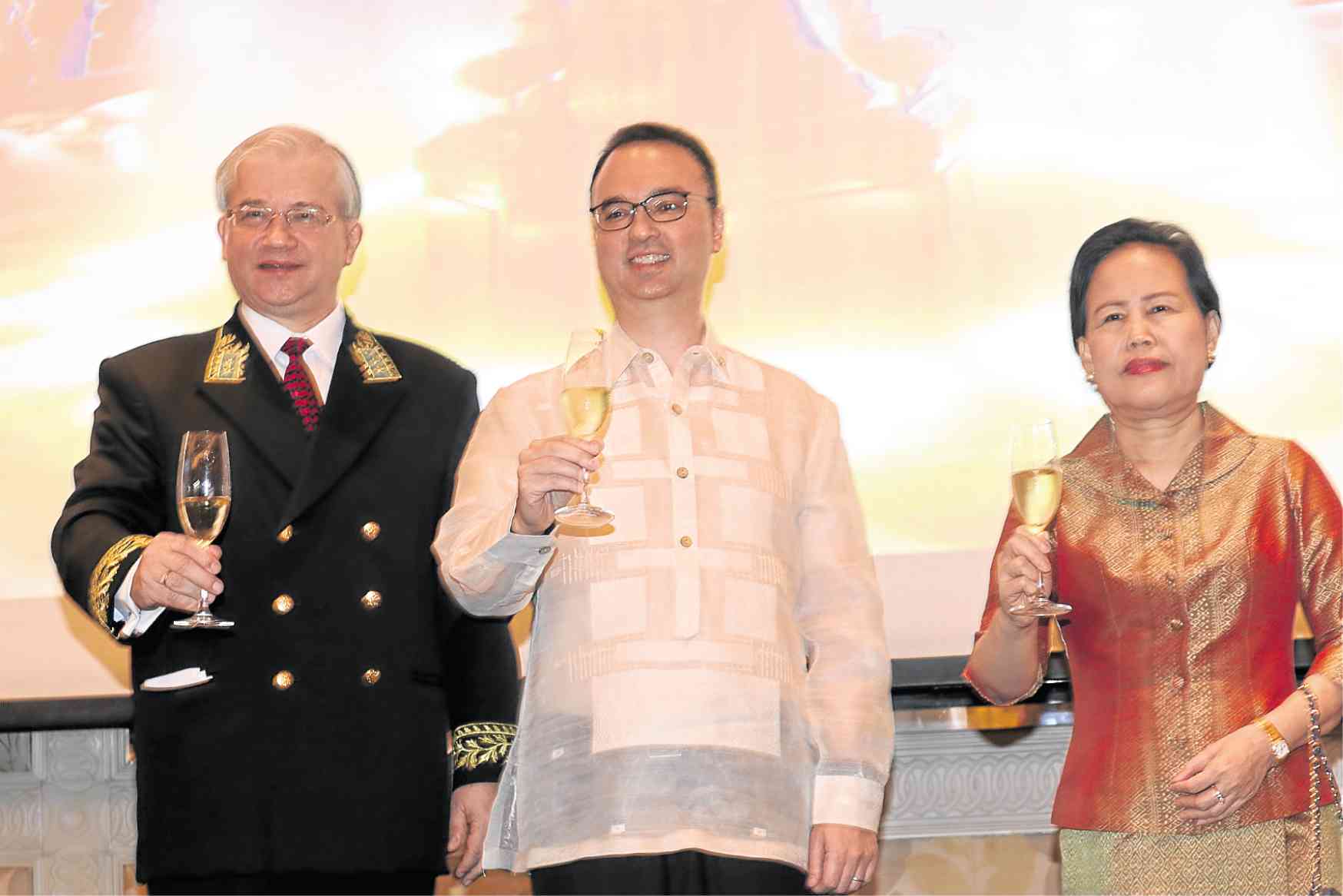 Russia Ambassador Igor Khovaev underscored the “mutually beneficial engagements” between Russia and the Philippines at the Day of Russia reception on June 8.

“Recent developments show tangible achievements we can be proud of,” he said.

The envoy also took note of President Duterte’s meetings with Russian President Vladimir Putin in 2017, first in Russia, then at the Asia-Pacific Economic Cooperation Summit in Vietnam.

“I am happy to note that the bilateral ties reached a new level, the level of solid partnership,” Khovaev said.

“Last year, Russia and the Philippines signed more bilateral treaties, agreements, memoranda and other documents than in the previous 40 years since the establishment of diplomatic relations… We are also witnessing rising two-way trade. New investment opportunities are opening up.”

With the two countries’ shared approaches to many key regional and international issues, it will “contribute to the peace, security and sustainable development of the Asia-Pacific region, to the creation of a new, more democratic, equitable, predictable and secure world based on fundamental rules of international law,” he said.—CONTRIBUTED