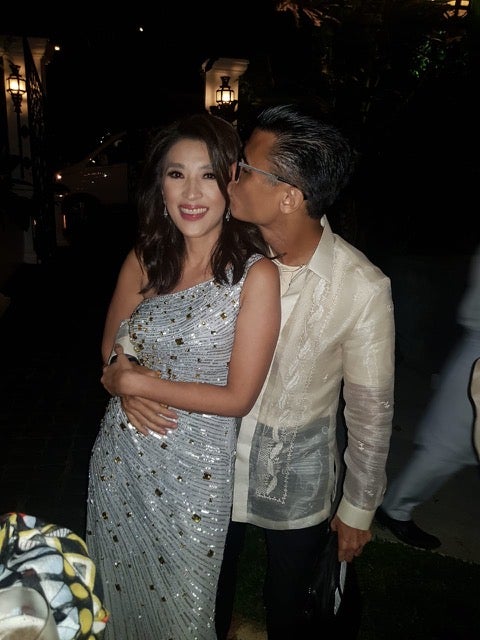 Our close-knit family would get together every Sunday in my father’s (Ike Joaquin) house in Long Island and the Tantoco brothers, still teenagers, would join us every weekend.

Donnie and Crickette were the first on both sides of the family to take the plunge. They were only 22 years old then, and I was a sponsor. It was such a joy-filled occasion.

Now almost 30 years later, Donnie and Crickette tearfully watched as their eldest daughter, Nicole (her twin sister Camille is younger by one minute), walked down the aisle to marry Miko de los Reyes.

The myriad details that went into the planning of the showers, the despedida de soltera, and the wedding culminated in a beautiful ceremony at Montecito Chapel in Nuvali, Laguna, and the reception at Antonio’s Tagaytay.

While much has been said about Miko and Nicole, I would like to focus on the mother of the bride, my niece, Crickette.

To many, Crickette is a strong, capable and confident woman. What many do not know or see is her beautiful heart of a mother.

Never showy about her emotions, she nevertheless loves her family deeply and fiercely. As a hands-on mother, she took care of creating a stable home and the conditions from which her children could discover and become their true selves, to nurture their unique personalities and talents so that they may excel and soar in the world.

In his father-of-the-bride speech, Donnie referred to Crickette as the “glue” (or should I say, “super glue”) that holds their family together. He said that while they protected their children, Crickette taught them how to protect themselves. She kept a stable home that they may all “chase their dreams” and be the best versions of themselves.

Nicole is the fruit of the many sacrifices that Crickette has made as a mother. Nicole is uniquely talented, intelligent, kind-hearted and down-to-earth.

Nicole has shown a steely determination to overcome all obstacles to marry the love of her life. She has shown a resilience and ability to bounce back from adversities that are really remarkable. Truly, she is her mother’s daughter.

While Crickette organized a grand send-off for Nicole in the despedida de soltera, Miko and Nicole organized the wedding and reception. Both occasions were joy-filled, and the love was felt all around.

The bond between mother and daughter is unbreakable. The journey of Nicole toward adulthood and independence came to its climax as she walked down the aisle radiating joy on her wedding day.

Her journey was not a solitary one. By her side, silently supporting and helping her throughout, was her mother Crickette.

We wish only the best for Miko and Nicole in their new life as husband and wife. As for Donnie and Crickette, congratulations on this great milestone! —CONTRIBUTED