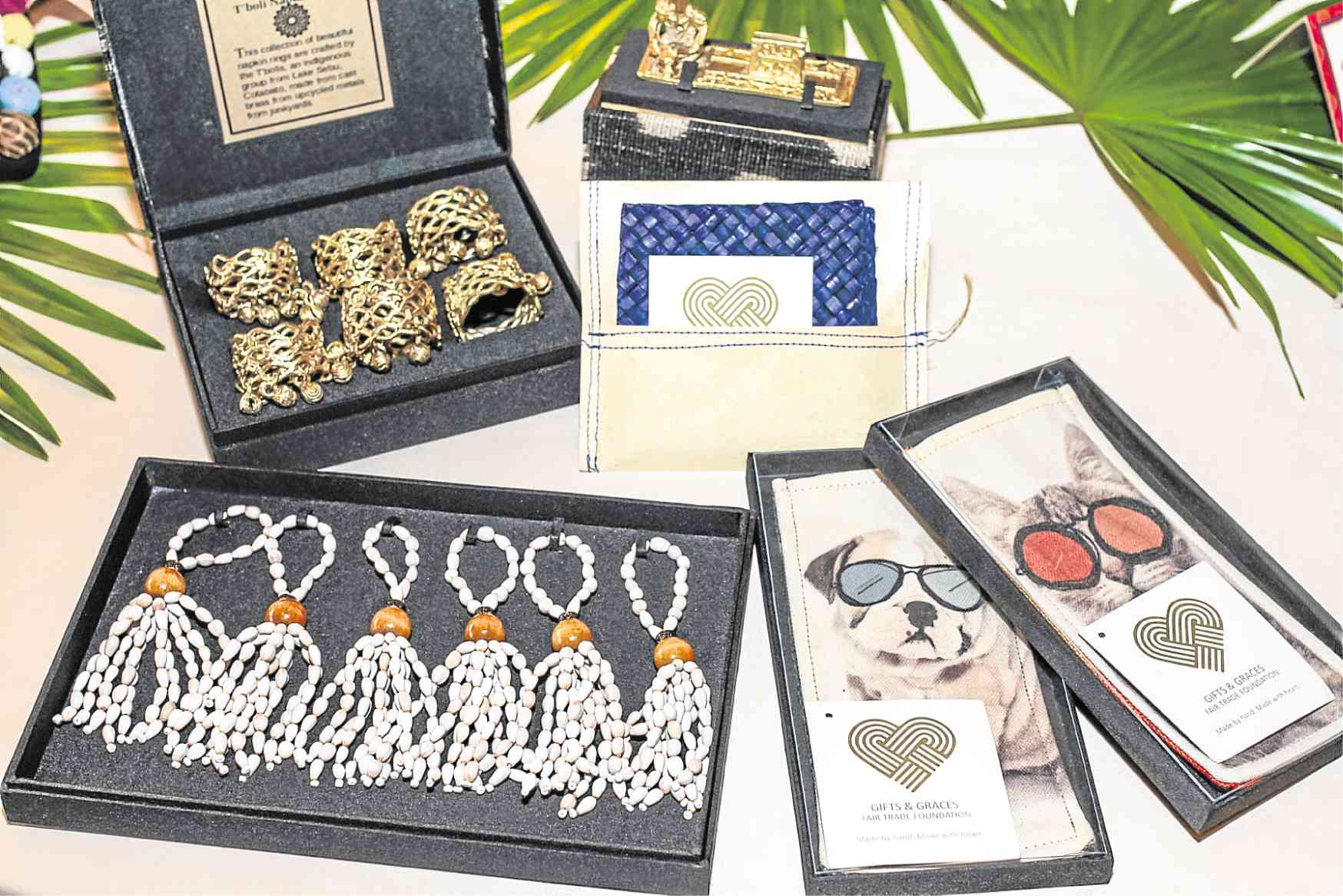 Shopping update: Check out the man cave at MaArte

Men who actually enjoy shopping—and they are legion—have something to look forward to at this year’s MaArte fair. Apart from the usual fare like native bags in contemporary designs, handcrafted jewelry, and homeware like glazed pottery and woven fabric throws, an entire section of The Peninsula Manila will be devoted to items for men.

Dubbed the “Pinoy Man Cave,” it will offer items like men’s wear by designer Randy Ortiz, footwear from Cosimo Leathersmiths, and sturdy bags by Siklo Pilipinas, among others.

Mico Manalo, who co-chairs this year’s event for the first time with Albert Avellana, was instrumental in including the man cave.

“If you’re a guy, it’s so hard to shop,” Manalo replied when asked why he insisted on a men’s collection for the 10th edition of MaArte. This never stopped him from regularly checking out the fair, which has been championing Filipino-made, high quality items since the beginning.

People say the fair sells items mainly for women or for the home, but Manalo would still manage to come away with neck scarves by Balay ni Atong or quirky eyeglass cases from Gifts & Graces.

On foreign trips for the local Unesco office where he used to work, he would wear the scarves and seldom, if ever, came home with them.

“Those who saw (the scarves) were so fascinated that I’d end up giving it to them,” he recalled. “Once, I even had to take off the barong I was wearing after I had given my talk at one conference.”

No doubt, Manalo was pleased that his colleagues showed such an interest in Philippine-made products. When he and Avellana drew up the list of this year’s participants at MaArte, they made sure the products they’d offer were well-made and not easily found elsewhere.

One of the most popular during a recently held press preview were the bags by Lyndon and Clarice Ecuacion, the husband-and-wife team behind Siklo Pilipinas.

The couple “upcycle” discarded rubber tires that they clean and make into stylish and waterproof bags. Their display included messenger and cross-body bags. Clarice was holding a stylized doctor’s bag, while Lyndon wore, bandolier-style, a camera bag.

New designs are released regularly, although the couple can also do custom pieces.

“It’s really interesting to work with private clients because some of them are very creative,” Clarice said. The structured, top-handle bag she was using was commissioned by a doctor.

Designer Randy Ortiz will debut his men’s line of separates named after his father. When he was working on the collection, he took inspiration from his late father and “lifetime hero” Rodolfo.

Randy’s pieces will incorporate his trademark play of patterns and textures, but the the silhouette will be classic, “nothing that an urban modern Filipino man would be scared to wear.”

He added: “The Rodolfo collection will feature men’s wear and accessories including suits, jackets, shirts and trousers plus cufflinks and bowties.”

He will also launch his newest leather collaboration, Dant X RO, that will range from footwear to pouches, totes and duffel bags—all crafted in the Philippines.

MaArte at the Pen will run Aug. 10-12, and is open to the public. Call Elvie Magpayo at Museum Foundation of the Philippines Inc., at 6979509, 4042695; e-mail maartefair @gmail.com, or visit www.museumfoundationph.org.