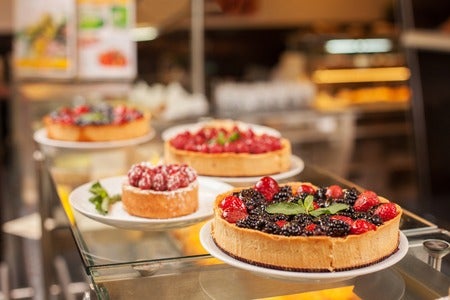 Baker offers free cake to man who broke into bakery

A kind baker is now looking for the man who broke into her bakery recently so she can give him a cake. The baker, only identified by her surname Wang, hails from the eastern coastal area of China in Nanjing, Jiangsu province.

Wang arrived for work last week, according to Jiangsu Television via The South China Morning Post last Aug. 3, only to discover the entrance to her bakery had been forced open. The culprit, presumed to be in his 30s, was captured in the surveillance video breaking into Wang’s bakery on the evening of Aug. 1.

The culprit, upon entering, made his way to the cake counter, deciding which among four cakes to take. He, however, seemed to be down on his luck as what he thought were cakes were actually only display models. Upon realizing this, he returned the display cakes back to the counter and deserted Wang’s bakery.

Wang reported the incident to the police after gleaning that someone had forced their way inside the bakery. She, however, dropped the report when she realized no cake had been taken.

“It seems that he didn’t break in to steal cash, he just wanted a cake. Maybe his family is too poor [to afford to buy one],” Wang was quoted as saying.

Now, Wang is appealing to the man to come back, sharing that she would love to give him a free cake.

“If you really need a birthday cake for your child, please just let me know – or call us and we’ll be happy to give you a cake for free,” Wang continued to say. “We all have difficulties sometimes but people don’t like to ask for help.” Cody Cepeda/NVG