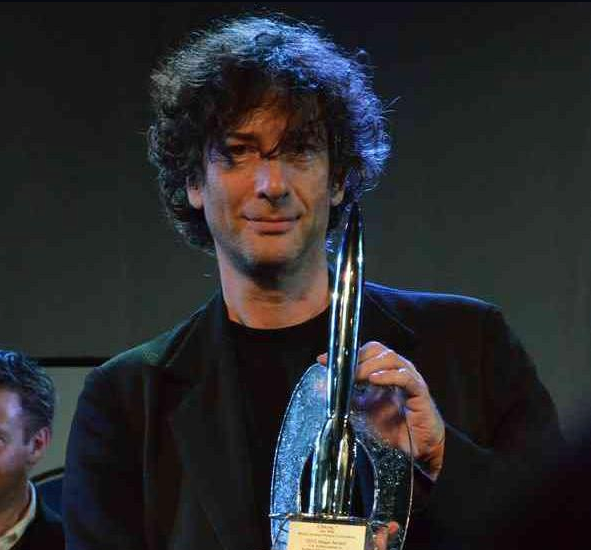 Neil Gaiman would rather leave writing about PH mythologies, monsters to Filipino authors

Neil Gaiman is acclaimed for his body of work which includes “Sandman”, “Stardust”, “Coraline”, among others. He’s also known to have a strong following among Filipino readers. But can Filipino readers expect to see him write about Philippine mythologies and monsters?

The English author recently answered a fan’s query of whether or not he may possibly write about Filipino folklore creatures such as the manananggal, aswang and others. The question-and-answer happened on Twitter yesterday, Aug. 7.

It started when a fan of Gaiman’s, a netizen named Joe Sunga (@joe_sunga), told the author that he is a fan of his work, but his friend is an even bigger fan. He said he wants to do his female friend a favor, and thus relayed her question to Gaiman: “She wants to ask if you would consider writing a book about Philippine myths.” He added: “We have bathala (gods), diwata (fairies) and a plethora of monsters like aswang, kapre, sigbin, tikbalang, etc.”

Sunga’s question was met with some criticism, with some fans saying there are already local writers who can bring such stories to life. “There are Filipino writers out there working on this as we speak,” Filipino-American young adult fiction writer Erika L. Cruz (@Oliverlika) said. “We will be seen.”

Another author, Kristine Ong Muslim (@kristinemuslim), told Sunga that there are Filipino writers who have written and published books touching this theme. She added, “But some of us still have this aching need to outsource the retelling of OUR myths to a foreigner.”

But it turned out that Gaiman himself would rather let local authors explore their own myths. He said that although he loves the myths and monsters from the Philippines, “[there are] many terrific writers there who can do a better job of telling those stories than I can.”

But if ever Gaiman thinks of writing such stories, an art design service is already on stand by to help him out, volunteering to give him sample designs.

Meanwhile, the fan did not seem to be feeling bad at all, replying to Gaiman, “You have the best way of saying no. Thank you!”

Although he may not be writing stories featuring Philippine folklore creatures, Gaiman has already set foot on Philippine soil back in 2010, where he was a special guest at the third Philippine Graphic/Fiction Awards. JB

Thor and Odin story retold by Neil Gaiman with style