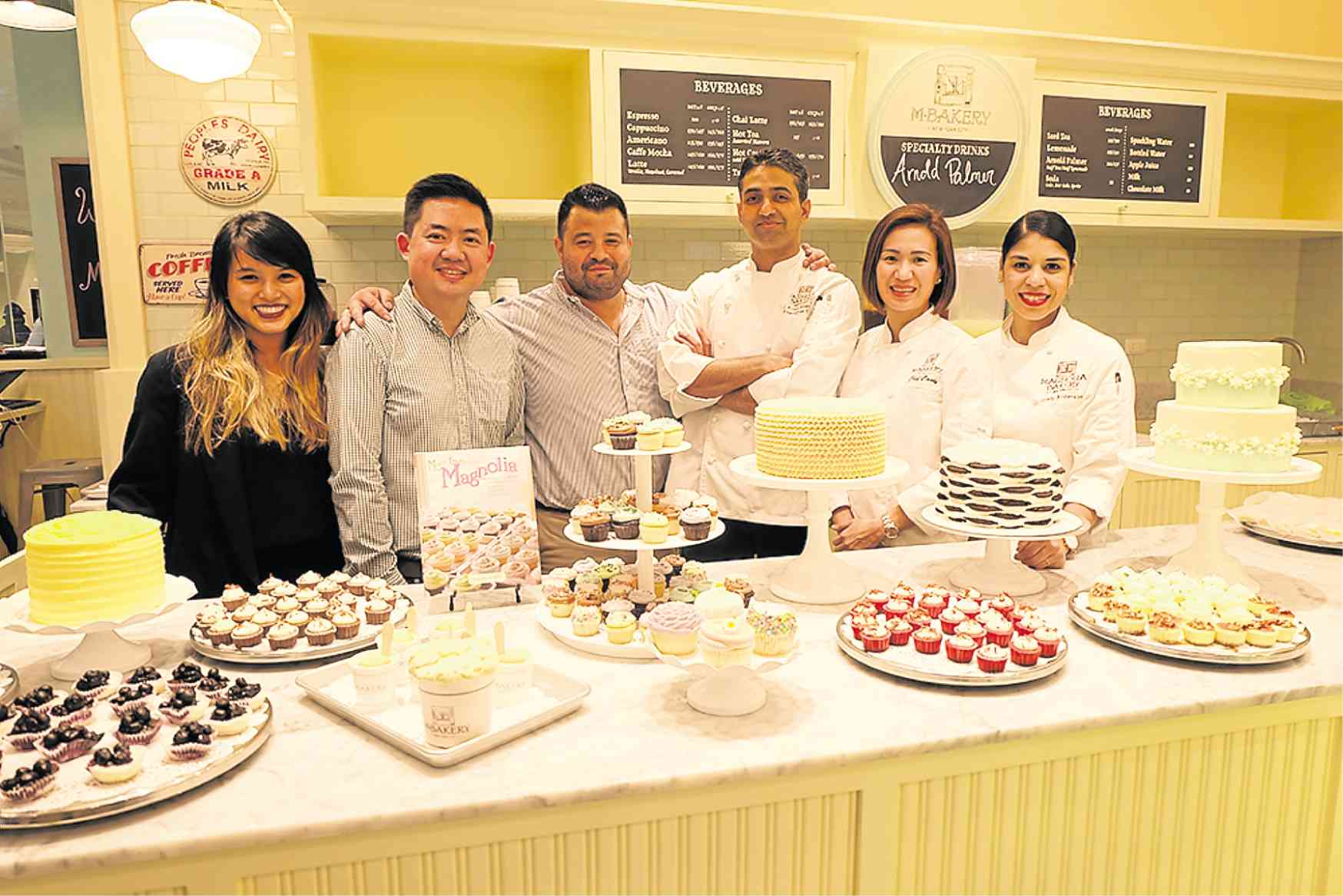 Carrie Bradshaw bit into a vanilla cupcake and continued telling her friend Miranda Hobbes about her new crush. “His name is Aidan and I believe him to be very cute,” she said, licking pink frosting from her lips.

It was this scene from “Sex and the City”’s third season that introduced Magnolia Bakery to the world. Magnolia Bakery has been open on Bleecker Street in New York’s West Village since 1996, but it was after that episode that tourists and TV fans from all over the world began flocking to the corner bakery.

Magnolia Bakery has been immortalized in pop culture again and again, appearing in other TV shows and films, and yes, it sparked the cupcake trend, but there is so much more to love about it than those pretty and delicious little cakes.

“The banana pudding is my absolute favorite. Whenever I’m in New York, I have to buy one every single day, no exaggeration,” Stewart Ong, managing partner of Phil Jacobe Ventures Inc., said.

He and partner Candy Lu are bringing Magnolia Bakery to the Philippines under the name M Bakery. Lu is also M Bakery’s pastry chef.

“Magnolia Bakery has always been my favorite. I’ve always wanted to bring it here,” Ong said.

“Stewart got to know Magnolia by being a customer first, and I think that’s an undeniable connection. We look for somebody who is understanding and passionate about the brand and this is something Stewart has shown us from the very beginning,” Erick Larios, Magnolia Bakery’s director of franchise operations, said.

Magnolia Bakery has expanded to different parts of New York and the United States. It now also has stores in the Middle East, Mexico, South Korea and now, the Philippines.

(READ: Magnolia Bakery is now in Manila as M Bakery and here’s what you need to know)

The team has been working hard to make sure that Filipinos get the authentic experience.

“All the ingredients have to be approved by the US team,” Ong said. “When we couldn’t source ingredients that are up to standards, we had to source them from the US or other parts of the world. If you look at the interiors, even the tiles were imported from the US. We wanted to make sure that the look, even the smell, is the same.”

Ong, Lu and members of their team headed to the US to train for four to six weeks. And there’s a team from the US that’s been in the Philippines for a month now to train all the staff.

Bringing the brand to the Philippines is a process that has taken three years. “I hope that the excitement and the love I have for the brand is something that will connect well with the Filipino customers,” Ong said.

M Bakery will open its doors on Aug. 22 at 2 p.m. The first five customers will get a year’s supply of banana pudding. “The next 95, for a minimum purchase of P500, will get a complimentary small banana pudding,” he said.

First-timers absolutely have to order the banana pudding. It comes in three sizes and trust us, it’s so good that a small one won’t be enough. You will want more.

Larios said, “You have to try the banana pudding. Cupcake lovers, you have to try our cupcakes. Our Carrie cupcake, our very popular vanilla cupcake with vanilla buttercream, is our most popular flavor, hands-down. The Blueberry Jamboree, our whole team, we’re obsessed with it. The Lemon Bar I love. It’s a classic that’s done so well. The Hummingbird—I call that the sweet cousin of carrot cake. It’s pineapple and banana and pecan cake with sweet cream cheese icing with toasted pecans on top. It’s got the same texture and feel as a carrot cake but it’s a nudge sweeter. I think it will do really well here in Manila.”

Other favorites include the Magic Cookie Bar (it really is magical), the Snickers Ice Box Bar, the Sea Salt Caramel Cookie. There are pies, cakes, cheesecakes, brownies and more.

The banana pudding comes in 14 different flavors, something M Bakery plans to introduce over the next months. One of the flavors is Mango, Lime and Coconut—and M Bakery will be using Philippine mangoes, of course.

“One of the things we try to do in all the markets that we go into is assimilate into the local culture. In some cases, it’s by using local ingredients such as the calamansi here. In other cases, it’s creating a dessert that’s unique for that market,” Larios said.

In Mexico, they introduced a Tres Leches Cake, and in the Middle East they did an Arabian Magic Bar with pistachios, rosewater and dates. They will be launching a special creation when the Philippine store opens, he added.

“It’s something that I think is going to resonate with the Filipinos very much. We want to make sure that we do right by the ingredient and by the product, so we represent it properly with the Magnolia twist.”

Dessert lovers have plenty of reasons to keep going back. “We have over 250 recipes which we will be rotating on a daily basis. There’s always something new.”

The BGC store won’t be the last one. “Next year, we’re hoping to open one or two more stores in Manila,” Ong said.

Larios said, “We’re humbled and happy to be in Manila. I can’t wait to be able to bring the experience to anyone who hasn’t been, and to the people who have been to New York and who are fans.”