From koalas to high-rises: Brisbane is in motion | Inquirer Lifestyle ❮ ❯ 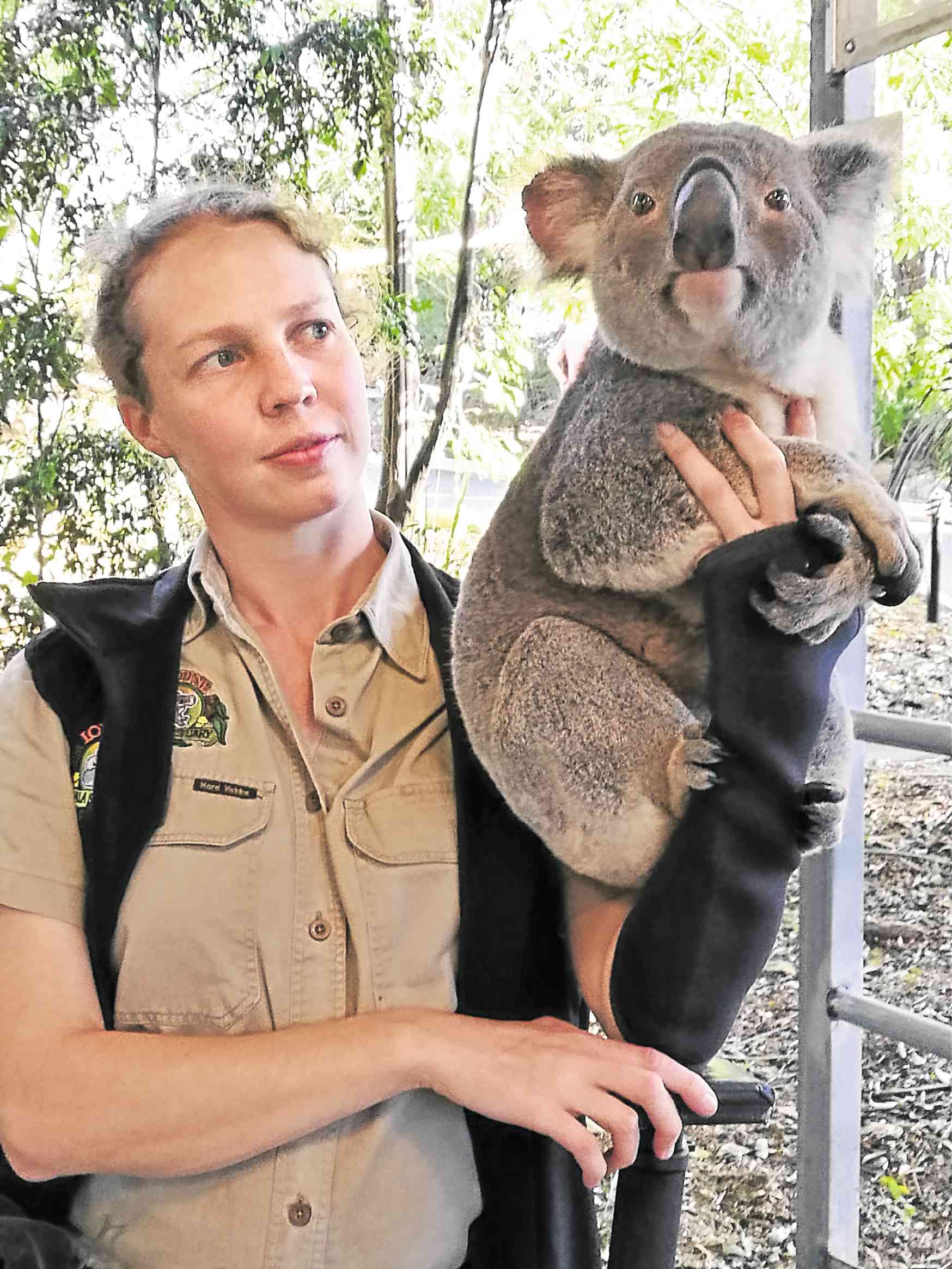 One of over 130 koalas at the sanctuary

From koalas to high-rises: Brisbane is in motion

Koalas and kangaroos were on our mind even before the Philippine Airlines flight took off for Brisbane.

It was the first time for many of us in the group to visit Australia, and we were raring to visit the koala sanctuary.

Opened almost a century ago, the Lone Pine Koala Sanctuary (708 Jesmond Road, Fig Tree Pocket, Brisbane) is one of Australia’s oldest and ranks high on the list of Brisbane’s tourist stops.

Visitors can ogle the sleepy-looking marsupials perched on poles or nestled in the crook of a tree, munching on fresh eucalyptus leaves.

The sprawling sanctuary on the banks of the Brisbane River is also home to lorikeets, emus, wombats and platypuses.

Visitors can hand-feed kangaroos, but the most popular attraction is the one where they can carry a koala on their palms, one placed firmly over the other, for a souvenir shot.

“We recently opened a new feature where visitors can learn more about koalas, and see how their food is prepared by the staff,” said Amy Swinn, Lone Pine’s communications coordinator.

The new facility has windows where one can view the staff at work, and walls are stenciled with trivia. For example, koalas don’t drink often and get most of their water from eucalyptus leaves.

Brisbane, the capital city of Queensland in eastern Australia, is a hive of activity, with new buildings and bridges set to rise in the next few years.

Officials from Brisbane Airport and Brisbane Marketing talked about the entry of new hotel chains, and how these and other developments are changing the city’s skyline with roughly A$10 billion worth of infrastructure. Once fully open, the new hotels will have over 3,000 new guest rooms.

In 2017, Brisbane welcomed 1.3 million visitors. More are expected to arrive after Philippine Airlines added a fourth weekly flight from Manila onboard its new aircraft, the A321neo with enhanced cabin features, including 12 full-flat Business Class seats.

Hayden Hughes, Sofitel Brisbane Central general manager, looks forward to the competition. “We plan to compete with the quality of food at our outlets and, once completed, our refurbished guest rooms,” he told Lifestyle, adding that the city is blessed with access to fresh produce, seafood and livestock.

The next day we whetted our appetites walking to Stokehouse Q (Sidon Street, South Bank, Queensland). The beautifully designed restaurant is considered one of the best places for lunch because of the food and the unobstructed view of Brisbane River.

After lunch of grain-fed beef with Russian garlic and mustard emulsion, and a pile of spicy fries, we queued up for a ride on the City Hopper, a free ferry that took us to the north bank.

The daily service offered by the Brisbane City Council is also a good way to enjoy the view on deck at nightfall, when the lights of the city are switched on. A round trip lasts around 30 minutes.

Brisbanites’ pride of place was evident throughout our trip. Jessica Shannon, Brisbane Airport media manager who also acted as our guide, pointed out that stores or sections are devoted to Australian-made/produced items such as honey, liquors, candies and merino wool. There is even an RM Williams store, a brand popular with Australians for its comfortable and well-made footwear, onsite.

Many of the people we met in this trip were excited about the changes taking place in their city, but they also took pride in the city’s historic structures, some of which date to the early 20th century.

Tourists can book a free guided walking tour led by one of the Brisbane Greeters (brisbanegreeters.com.au). Our guide led us on a lovely tour that passed the city’s central business district, across a bridge and over the river, and through a public park where locals watched as their children frolicked in shallow pools.

“Our tours are a free service. You only need to book in advance, and then we can tailor-fit an itinerary based on your interests, whether it be food, city parks or old buildings,” said Rob Cochrane of Brisbane Greeters.

His longest tour? A day-long trek with two young German tourists who wanted to see as much of the city as possible. “We walked 32 km that day. I’m sure those two guys slept on the train back to the airport,” Cochrane said.

At the city’s main shopping area, we stepped inside a grand theater lobby that had been converted into a visitors’ center. “I remember coming here to catch a ‘picture,’ buying ice creams for me and my date, and ascending the stairs to the cinema,” Cochrane said.

Now there’s nothing behind the cinema doors, but at least the foyer is well-maintained. Brisbane is a city in flux. Great changes are set to take place in the next few years, but the locals know what to treasure and hold dear.

Philippine Airlines flies direct to Brisbane from Manila on Mondays, Wednesdays, Fridays and Saturdays on the Airbus A321neo. Visit www.philippineairlines.com.