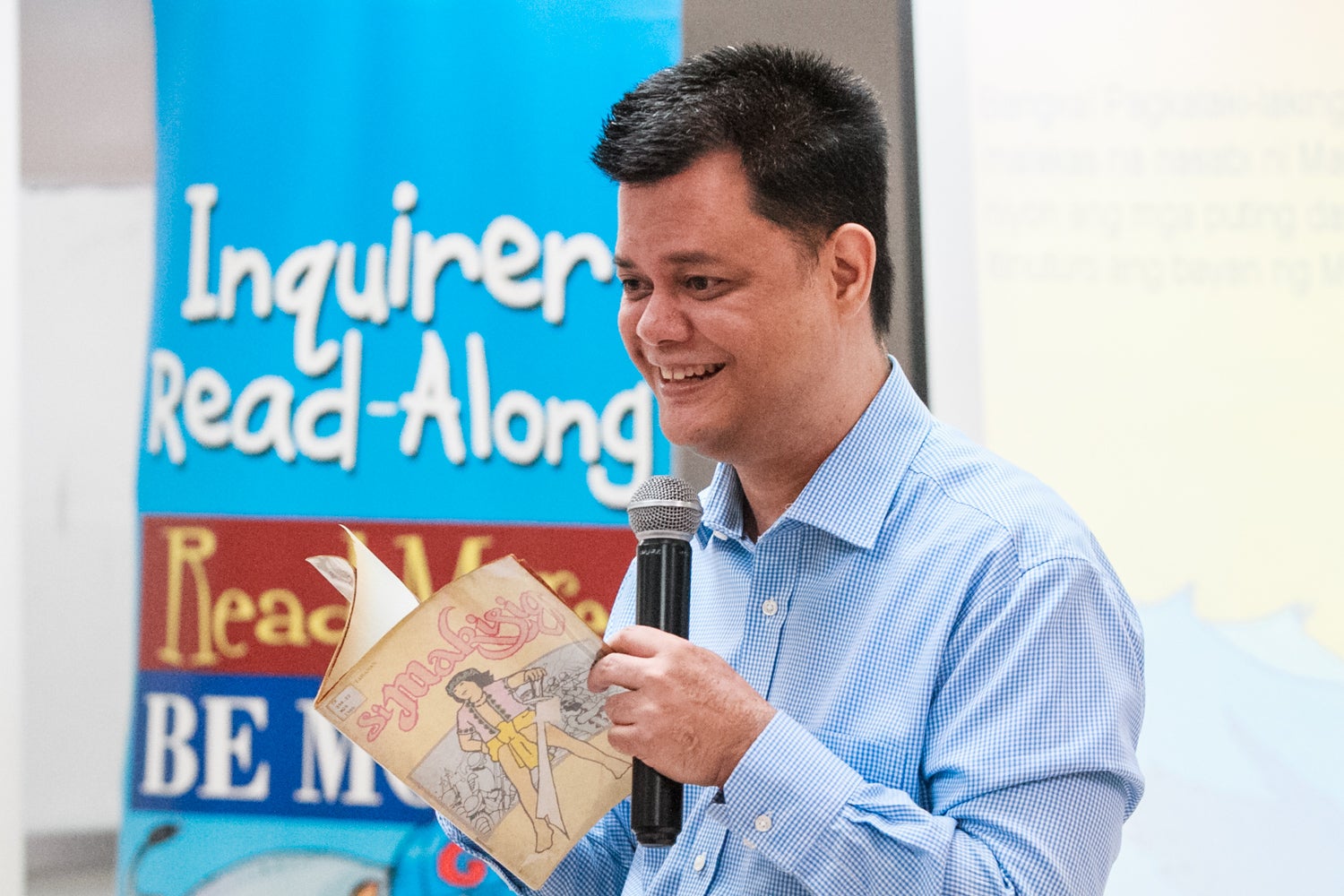 Inquirer Read-Along: Lessons on heroism and kindness for 60 kids

Some 60 children listened to tales of heroism and kindness during the Inquirer Read-Along session Saturday at the Inquirer’s main office in Makati City, held in advance celebration of National Heroes Day and to commemorate the National Language Month.

“I think it’s less about the story and more about how the kids even at Grade three level understand that heroism is possible for everyone, even kids their age,” said Quezon, a first-time Inquirer Read-Along storyteller.

Veteran storyteller Ann Abacan of Sophia School read Michael Coroza’s “Ang mga Lambing ni Lolo Ding.” The story is about how a grandfather’s endearments became seeds of character manifested in little but enduring deeds of kindness which can be considered as acts of heroism.

The storytelling event was attended by Grade 3 pupils from the Nueve de Pebrero Elementary School.

The session was hosted by Inquirer Research’s Rafael Antonio and was held in cooperation with the Rotary Club of Mandaluyong West District led by their president Joel Reña and past president Paolo Rivera.  /muf