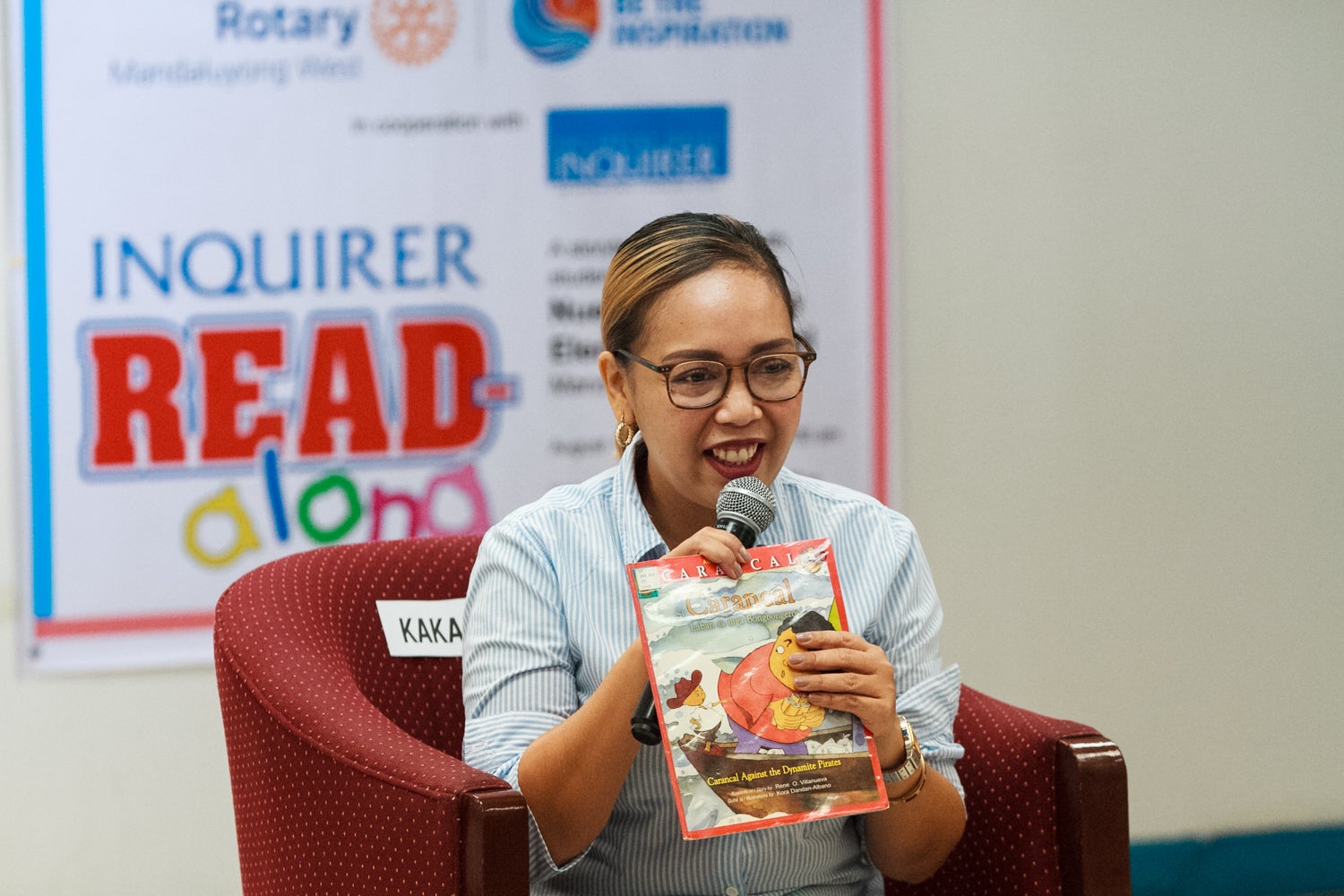 Actress Kakai Bautista provided laughter to some 60 kids with her fun-filled storytelling during the Inquirer Read-Along session on August 11 at the Inquirer’s main office in Makati City, held in advance celebration of National Heroes Day and in commemoration of the National Language Month.

Bautista read “Si Carancal Laban sa Bongbongeros” by Rene Villanueva. It is about a pint-sized boy who leads his townsfolk in driving away fishermen who use dynamites to catch fish.

Her favorite part of the story is when the Queen of the Sea asked Carancal to stop the dynamite fishers or there will be turbulent waves.

“It reminds of the passiveness of Filipinos who tend to act on a problem only after someone has reprimanded them to do so. Worse, others would only do something after the problem has gotten worse.”

The storytelling event was attended by Grade 3 pupils from the Nueve de Pebrero Elementary School.

The session was hosted by Inquirer Research’s Rafael Antonio and was held in cooperation with the Rotary Club of Mandaluyong West District led by their president Joel Reña and past president Paolo Rivera.  /muf