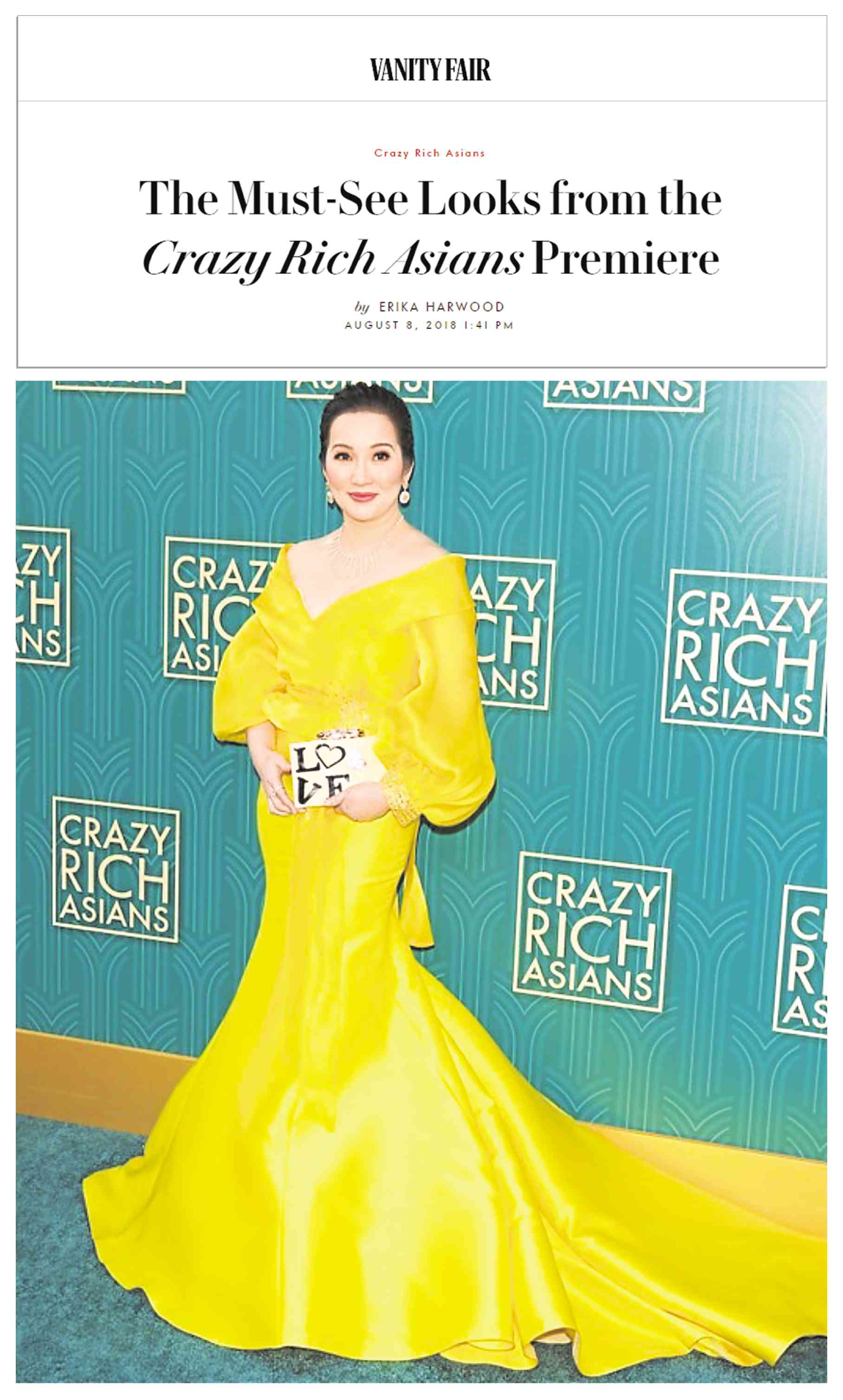 Kris Aquino proved this week that her star power extended all the way to Hollywood, as a throng of Filipino-American fans flocked to the red-carpet premiere of “Crazy Rich Asians” at the TCL Chinese Theater in Los Angeles to get a glimpse of the actress.

Aquino shared in her Instagram that Toby Emmerich, chair of Warner Bros. Pictures Group —the studio behind the all-Asian cast rom-com—introduced to her his “favorite staff member from the Beverly Hills Hotel,” a Filipino woman who, in the 25 years that he has known her, has never asked for a premiere ticket until “Crazy Rich Asians” because she wanted to meet Aquino.

While hers is only a cameo role, Aquino held her own in the style stakes, alongside the film’s leads, who all wore couture by world-famous designers—Armani Privé, Ralph & Russo, Oscar de la Renta, Reem Acra.

Aquino wore a modern Filipiniana dress in bright yellow by Michael Leyva. Vanity Fair listed her among the must-see looks from the premiere.

“Kris Aquino  plays a character named Princess Intan in the movie, and looks like royalty in this deep yellow off-shoulder gown and drop earrings,” wrote the women-centric blog Jezebel.

Filipino design was also a winner in Aquino’s Hollywood debut. “The clutch is a little kooky but not in a bad way,” Jezebel added, referring to the purse emblazoned with the word LOVE, which came from Manila FAME, a gift from Mayor Lani Cayetano, according to Aquino’s Instagram. (She also wore custom Michael Cinco in  the movie, which premieres in Manila on Aug. 22.)

Aquino wore diamonds from  a Cebu-based jeweler, while the lead stars were decked in Lorraine Schwartz (Constance Wu) and Bulgari (Michelle Yeoh).