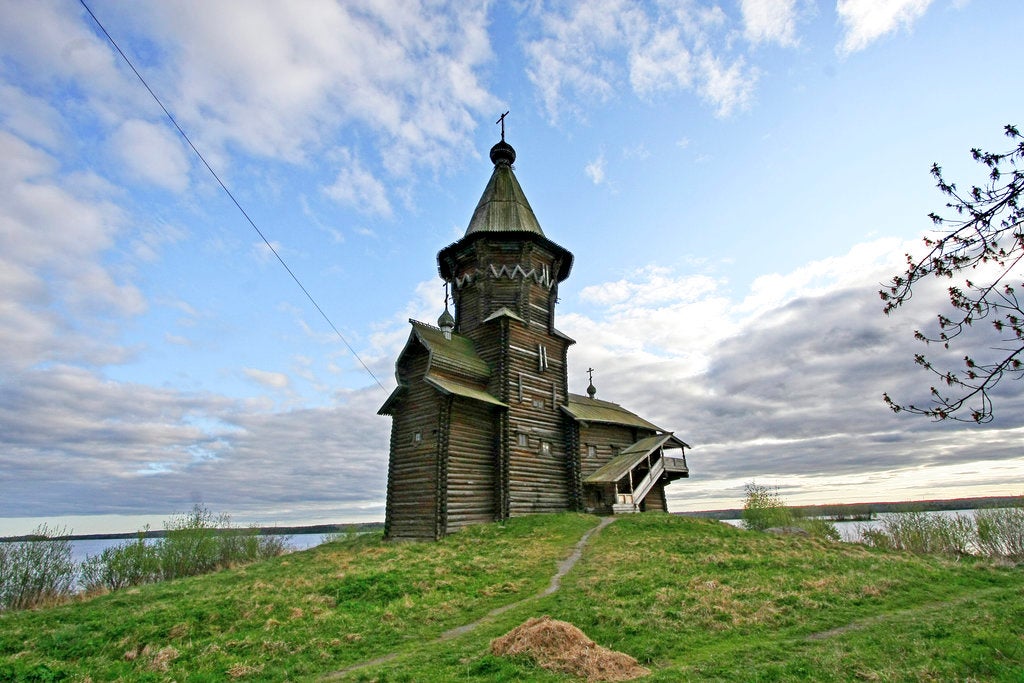 This photo taken on Thursday, May 24, 2012 shows a view of the Dormition Church in Kondopoga, in Karelia region, in northwestern Russia. The 18th century church widely seen as one of the most remarkable examples of Northern Russia's wooden architecture was destroyed by a fire on Friday, Aug. 10, 2018. (AP Photo/Vladimir Larionov)

MOSCOW (AP) — An 18th-century church widely seen as a marvel of Russia’s wooden architecture has been destroyed by a fire.

The blaze at the Dormition church in Kondopoga in Russia’s northwestern region of Karelia erupted Friday after a group of tourists visited the building. Local officials suspected some of them could have violated fire safety rules, but would not rule out arson.

The fire quickly engulfed the church built exclusively from wood, and fire teams that arrived within minutes were unable to save it.

The church, built in 1774 on the shores of Lake Onega, was broadly admired as one of the most remarkable examples of Northern Russia’s wooden architecture.

Local authorities have promised to build a replica. NVG