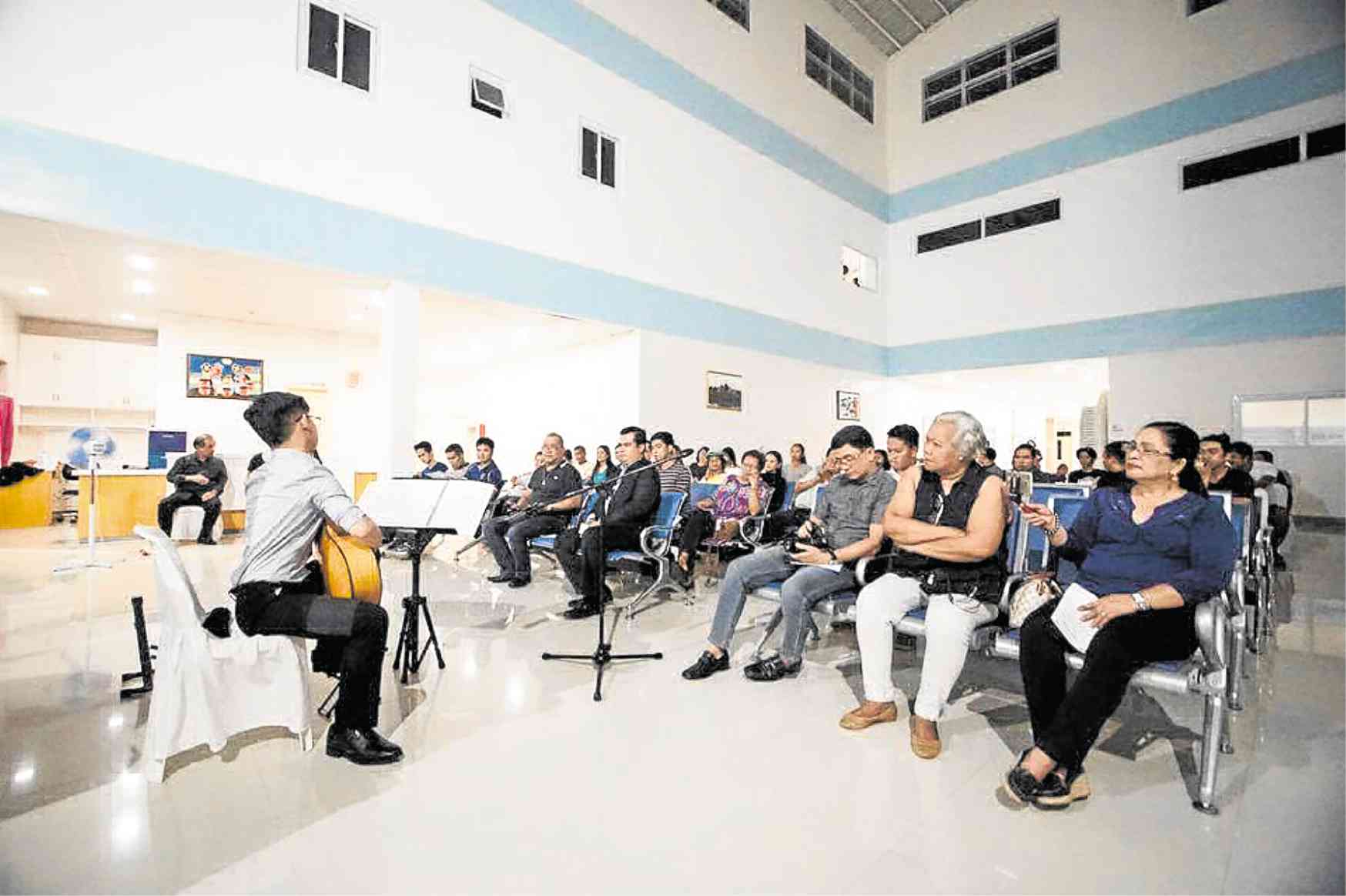 Brownouts (and typhoons) are a way of life in Catanduanes.

So when I organized my last classical concert last Aug. 6 at Catanduanes Doctors Hospital Hall, I knew it would not be spared.

The audience was enamored by Mary Anne Espina playing “Ballade No. 3, Op 47,” by Chopin. It helped that the hall provided an intimate setting and acoustics.

Schumann’s “Widmung (Dedication)” was heard for the first time live in the island. Its pathos seemed dedicated to Carmen Guerrero Nakpil who had passed away recently.

It was when Sting Asistores played Bach, Fernando Sor and Agustin Barrios that the concert was marred by brownouts.

After the bouquet and leis (courtesy of provincial prosecutor Jane Zantua) were given, Asistores gave an encore number, Francisco Tarrega’s “Recuerdos de la Alhambra.” But before he could finish the piece, another brownout hit the concert hall. But he didn’t stop performing. He finished the piece just in time when the lights returned. The audience broke into cheers and hearty applause.

Physician Alvin Ravalo called “Recuerdos” being played in the dark an “auditory orgasm deprived of visual stimulus, and it was unadulterated pleasure.”

The audience took the brownouts in stride.

Said architect J. Romano: “The brownout was bad enough, but it added to the excitement and drama when it happened in the encore number. An unforgettable night!”

Posted Maria Odeza Borromeo Vargas on Facebook: “The beauty of the music is still echoing in my ears with the tempo and dynamics merged, with the rhythm lifting my soul to its heights.”

Shie Lucena Khan, who came with her mother-in-law, Esperanza Tresvalles, quoted Pablo Casals in her reaction: “‘Music is the divine way to tell beautiful, poetic things to the heart.’ And I think guitarist Asistores stroked the right strings last night because my child said, ‘Ang ganda! Ang dami kong nai-imagine.’ It was an enchanting night!”

With that Aug. 6 concert, I closed my classical concert series in Catanduanes after 26 years of cultural organizing.