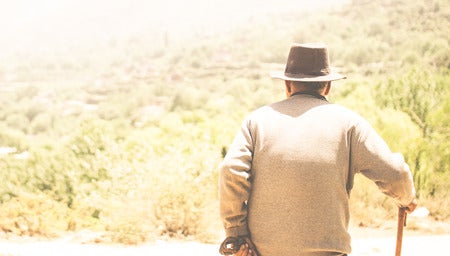 Man dies shortly after penis falls off, rots due to ulcer

A man who was found to have an ulcer on his penis died not long after his penis fell off and rotted in Lucknow, India.

The 82-year-old ignored the symptoms he had been experiencing on his genitals for 12 months, as detailed in the British Medical Journal (BMJ) Case Reports last Thursday, Aug. 9. After going to the hospital for a checkup, it was discovered that he had a large ulcer on his penis combined with severe swelling and skin shedding.

The doctors tried to remedy the situation by draining the pus-filled swelling next to his penis. He was also prescribed antibiotics.

However, things took a turn for the worse when he was rushed to the hospital two weeks later after his penis fell off and rotted. According to Dr. Gaurav Garg from King George’s Medical University, a clinical examination revealed that the ulcer was the reason behind what happened to the old man’s penis.

It was also discovered that the man had hard lumps down the left side of his groin though he denied a history of a sexually transmitted infection, UK newspaper Daily Star reported. Further tests on the “residual penile stump” brought to light the previously unknown fact that the man was also suffering from squamous cell carcinoma, a form of skin cancer.

The old man was unable to go to the toilet as the loss of his penis also damaged his urethra. Despite a surgery performed to help him urinate via a catheter, the man died 15 days later.

The report said that it was likely the man allowed his condition to worsen due to “ignorance and social stigma”.

Squamous cell carcinoma usually occurs on parts of the body which are exposed to the sun such as the face, neck, bald scalp, arms, back of the hands and lower legs. However, it can occur on all other parts of the body including genitals.

Squamous cell carcinomas can appear as patches of skin which look like warts and are scaly and rough. Signs of skin cancer include a growth on the skin that looks pearly, brown or multicolored, or any brown spot on the skin that changes color, becomes larger and changes texture. Another warning sign is developing a sore which never heals completely. Kate Matriano/NVG