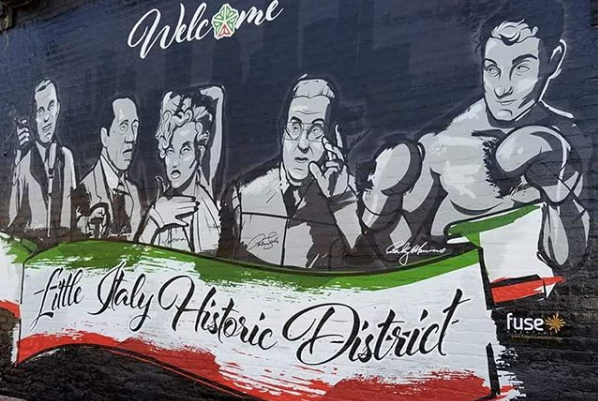 A jazz superstar and a boxing champion have been added to a mural in upstate New York.

Mangione has released more than 30 albums. He achieved international success in 1977 with his jazz-flavored single “Feels So Good”. Basilio fought two bruising bouts with Sugar Ray Robinson, winning his middleweight title and later losing it to him.

The mural commemorates the city’s Little Italy Historic District and this year’s 150th anniversary of Italian Americans in Rochester. CC

Manila City Hall gets P20M to save ‘Botong’ mural

Camp arms itself with the world’s largest peace mural