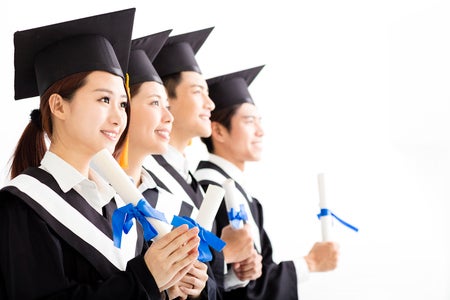 Despite having reached parity with men in every educational level, women in China only make up a third of all Ph.D. students in the country. Generally, however, they account for 50.6 percent of all postgraduates.

Social stigma and misogyny, as per The South China Morning Post on Aug. 14, appeared to be two of the factors that discourage Chinese women from taking the plunge and pursuing doctoral degrees.

“There is a misogynist rhetoric against female Ph.D.s who are labeled as a ‘third type’ of person, not male, not female,” said Xiao Hui, a professor of modern Chinese literature and culture at the University of Kansas, was quoted as saying.

Hui added, too, that the social stigma tagged to female doctoral students has caused a “rising fear of becoming a ‘leftover woman’ among young women.”

China’s harsh marriage market often places “leftover women” at a disadvantage. “Leftover women” or “sheng nu” is a derogatory term that refers to women in China who remain unmarried in their late twenties and beyond.

The reality that pervades leftover women’s lives and single people in China just couldn’t get any more pronounced. In Shanghai, a marriage market in the People’s Park is a known destination where parents of unwed grown-up children can go to desperately look for dates for their sons and daughters — anything to get their spawn out of singledom.

“The pressure to get married and have children is bigger for female Ph.D. students,” Jiang, a 25-year-old cell biology Ph.D. candidate at Peking University, said in the report.

For Jiang, it seems marriage and raising children can serve as a distraction to female academics who need a lot of time to devote to their studies.

Meanwhile, 26-year-old Iris Yan, a Ph.D. candidate of comparative literature at the same university, shared that although she was never pressured to bear children she, too, still feels the “passing of time.”

“Female Ph.D.s are like, ‘Ah, I will be at least 30 when I have my first child,’” Yan was quoted as saying. “As a result, women are expected to shoulder more of the burden of domestic work, and have to work harder if they wish to pursue an academic path.” Cody Cepeda/NVG