Parrot gets 'stranded' on roof, tells fireman to 'f*** off' | Lifestyle.INQ ❮ ❯ 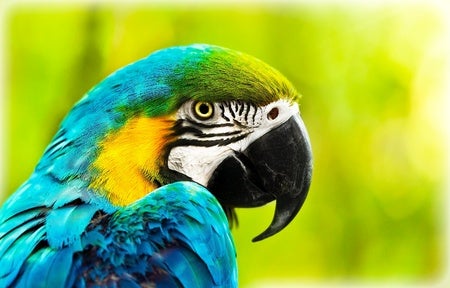 A macaw parrot who was believed to be stranded on a neighbor’s roof for three days repeatedly swore at the fireman who came to her rescue.

Jessie the macaw parrot managed to escape from her home in Cuckoo Hall Lane, Edmonton in London, United Kingdom. Her owner and the Royal Society for the Prevention of Cruelty to Animals (RSPCA) were unable to coax the parrot so they resorted to soliciting the aid of the London Fire Brigade yesterday, Aug. 13.

“Jessie had been on the same roof for three days and there were concerns that she may be injured which is why she hadn’t come down,” recounted watch manager Chris Swallow in an incident report published yesterday. “Our crew manager was the willing volunteer who went up the ladder to try and bring Jessie down. We were told that to bond with the parrot, you have to tell her ‘I love you,’ which is exactly what the crew manager did.”

Jessie responded with an “I love you.” However, the firemen discovered that there’s more to the parrot than meets the eye.

Swallow said that they were amused after Jessie began mouthing expletives, telling the firefighter to “f*** off.” Since the foul-mouthed parrot also speaks Turkish and Greek, Swallow stated they tried telling her to “come” in both languages as well.

The funny exchange between Jessie and the firefighter was shared on Twitter by the London Fire Brigade’s official account.

“Thankfully it soon became apparent that Jessie was fine and uninjured as she flew off to another roof and then to a tree,” said Swallow.

The watch manager reminded people to contact the RSPCA first and not the firefighters if they happened to chance upon an animal stranded or in distress. He stressed that the RSPCA will enlist their aid should they be needed. NVG

Man dies shortly after penis falls off, rots due to ulcer

WATCH: Woman captures dog riding her one-eyed pony on its own