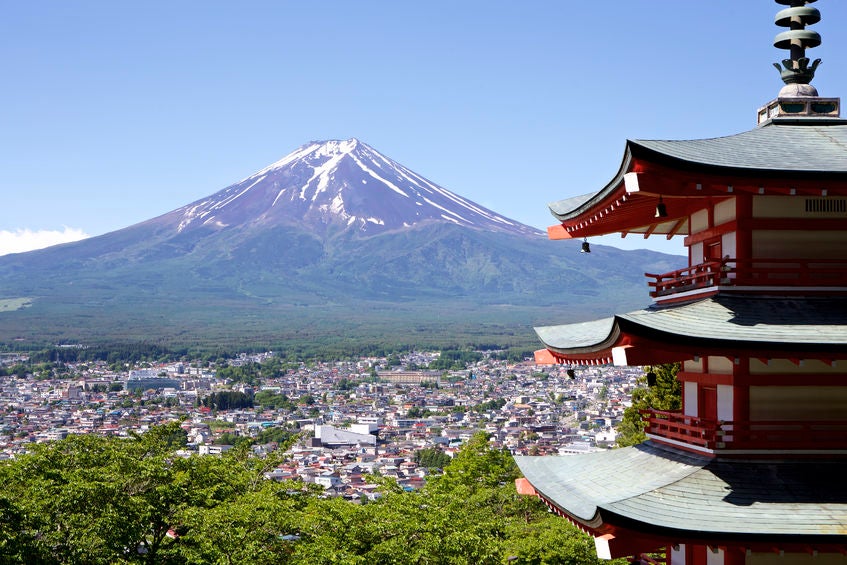 Weekend tourists flocked to Mt. Fuji on Aug. 12 and caused a human traffic jam along the hiking trail.

While Japan’s iconic Mt. Fuji always seems to appear majestic and somewhat spiritual in photographs, climbing its slopes turns out to be a whole different experience as seen by one Japanese Twitter user, reports Otakumu via SoraNews24.

Twitter user Miki Kiura (@kur) visited the great mountain on Aug. 12 and shared a snapshot of the long and crowded queue of people making the climb. “There’s a crazy traffic jam, and we can’t move forward at all,” wrote Kiura on his Aug. 12 tweet. 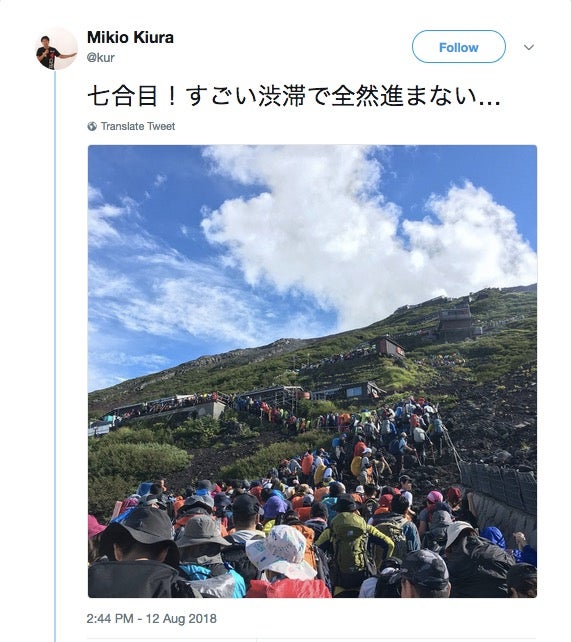 Kiura had been hiking on the mountain’s Yoshida trail while at its seventh station. Rather than giving a spiritual experience, the scenery appears to be more like rush hour in one of Tokyo’s many busy subway stations.

The reason for the large number of hikers could be attributed to the start of Japan’s Obon holiday, which runs from Aug. 12 to 16. During this period, office workers and students get a week off from their usual grind. Add to that the half-way point of the hiking season for Mt. Fuji. Visitors are only allowed to climb Mt. Fuji between July 10 and Sept. 10 when the safest weather conditions usually prevail. As September approaches, fewer and fewer people may be allowed to climb due to the change in weather.

Despite the crowd, Kiura persevered as seen in this photo on that day, which he uploaded today, Aug. 14. 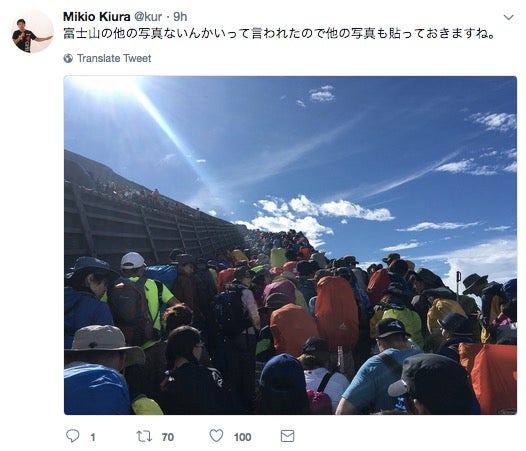 Prospective hikers hoping to climb Mt. Fuji may do well to take note of the mentioned dates to avoid experiencing this kind of crowd. Planning a trip during a weekday may also work as most Japanese would be either in their offices or schools.  Alfred Bayle /ra