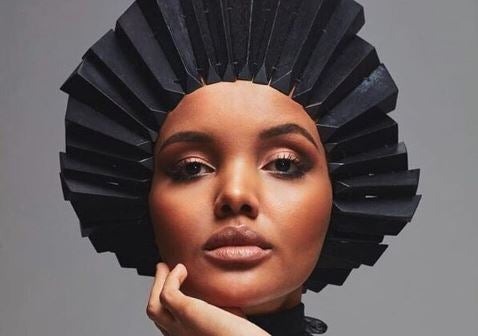 Before becoming a supermodel and an ambassador for UNICEF, Halima Aden was just a child refugee who came to the United States during the Somali Civil War in the 1990s.

Aden was born in a refugee camp in Kakuma, Kenya, living there for seven years before eventually flying to American soil, as per the Arab News on Aug. 14.

The 20-year-old Aden has since used her voice to tell her story and help other child refugees like her. Her initiatives have opened doors for her, to many places and opportunities. Just last 2017, she was introduced as the model for Nike’s first hijab line. Meanwhile, she was named UNICEF ambassador last July, a moment she refers to as her “proudest accomplishment to date.” This time, she is putting “children first.”

Aden, who has amassed hundreds of thousands of followers on social media, is now using her voice to fight for children’s rights. Aden unquestionably knows the plight of children refugees, as she herself was once like them. She, too, understands their needs, hurts and hopes as they are displaced by conflict and armed struggle.

“Although the children here (in Kakuma) may be refugees, first and foremost they are children,” Aden said in the report. “They deserve every opportunity to flourish, to hope, to dream, to be successful.”

Aden continues to use her strong following on social media to spread the word. Last Aug. 11, she took to her Instagram to share a UNICEF video clip that plays the sound of a migrant child crying in the background.

“@unicefusa helps to keep children safe and protects their rights, no matter where they are,” wrote Aden.

“That work is more essential now than ever, with nearly 50 million children uprooted across the globe,” Aden said. “Who do you hear?” Cody Cepeda/JB