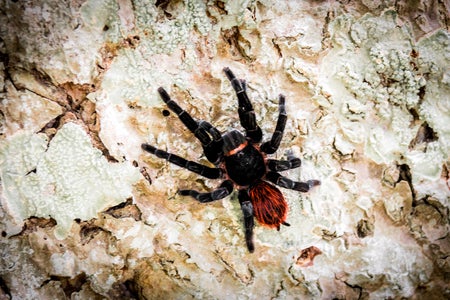 MEXICO CITY (AP) — Fancy a tarantula taco for a cool $27? Not so fast, Mexican authorities say.

A Mexico City market restaurant recently put the arachnids on its menu and posted a video on Facebook showing a chef torching one until blackened.

The only problem: The Mexican red rump tarantula is a protected species.

The federal environmental protection agency said Tuesday it was alerted to the situation via social media and seized four tarantula corpses that were ready to be served up on tortillas.

The tarantula tacos were apparently on offer for 500 pesos, or 50 times the price of a basic street taco.

The restaurant’s menu also features other creepy-crawlies such as grasshoppers, worms and ant eggs, which have a long tradition in Mexican cuisine, and scorpions, which are less common. NVG