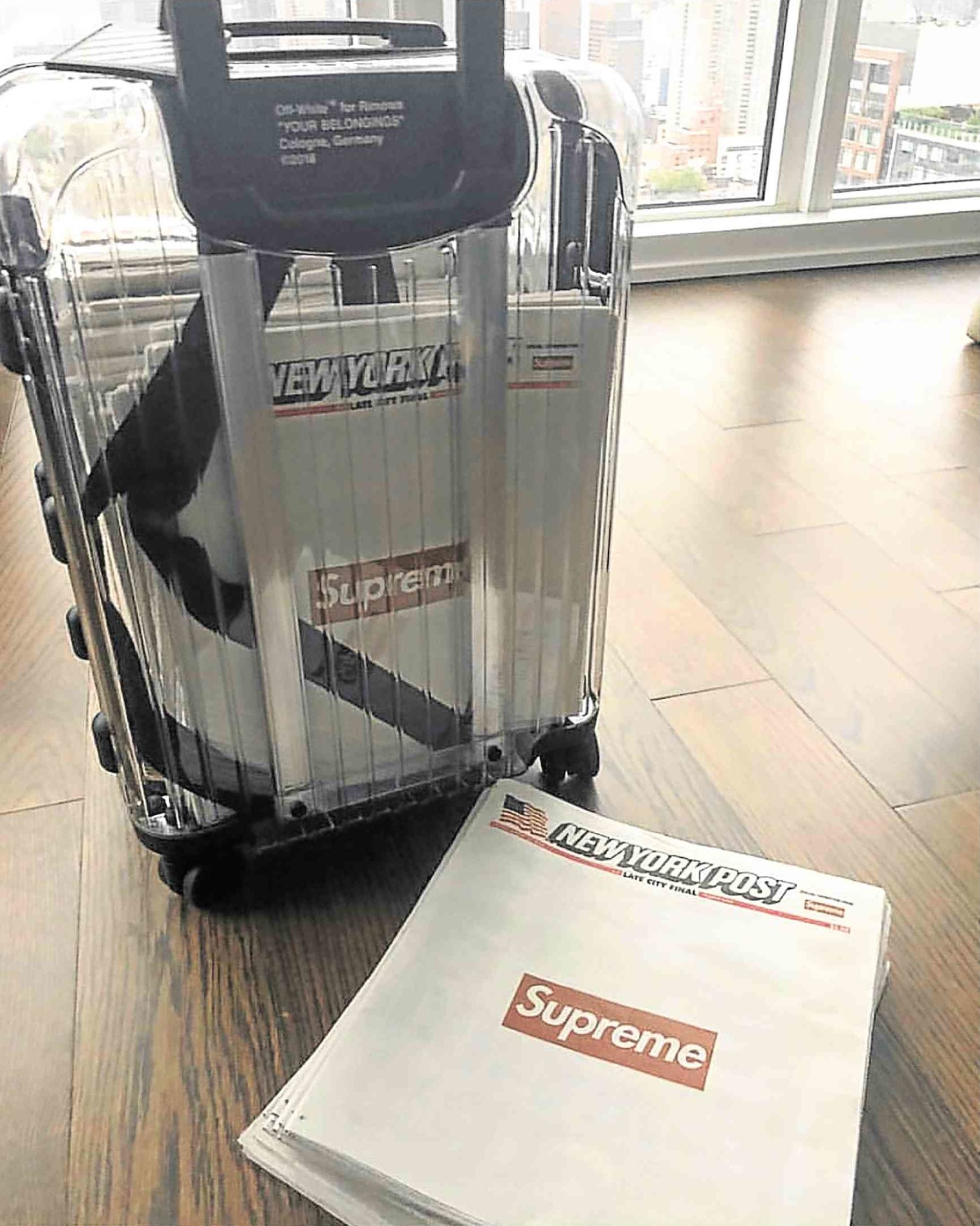 This week’s miracle: Why this NY newspaper sold out—among the young

With print advertising and circulation dwindling, it’s news when a newspaper sells out its newsstand copies before midmorning—and the copies are then flipped by online resellers for up to 85 times the cover price.

That was the case Monday when skateboarding brand Supreme ran a false cover or “wraparound promotion” on the New York Post to announce the release of its Fall-Winter 2018 lookbook.

In place of the usually sensational headlines and images on the Rupert Murdoch-owned rag was the red box logo of Supreme.

Before noon, the $1 tabloid was reselling online for up to $85/copy; a stack of 45 copies was being offered at $750 on the resell site Grailed as of presstime.

This is further testament to the massive popularity of Supreme, the brand touted by the streetwear blog Highsnobiety as both the “undisputed king of collaborations” and “the king of the resell market.” Whatever it drops is guaranteed to sell out, even at exorbitant prices.

“Drop” is the industry term for the rollout of limited-edition pieces and collaborations. When Supreme announces a drop, count on really long lines—up to 7,500 people reportedly queued up in Tokyo alone for its Louis Vuitton collab.

According to news accounts, most buyers of Monday’s New York Post issue were “young” and not the “usual customers” of newspapers. Some have never bought a newspaper copy in their sweet young lives before Monday, as one teen told New York Magazine’s The Cut.

Supreme, named Menswear Designer of the Year by the influential Council of Fashion Designers of America (CFDA) Fashion Awards in June, was founded in 1994 in New York by James Jebbia for the skate crowd.

It has achieved a global reach, and has had design collaborations with artists and celebrities, and mainstream brands such as Nike, Fila, Lacoste, Stussy, Comme des Garçons SHIRT and Levi’s.

Its biggest tie-up so far was with luxury brand Louis Vuitton. From their sold-out collaboration in 2017 were T-shirts selling for $495 a pop, and were later being flipped for up to fives times that amount.

Hypebeast also reported the Supreme x Louis Vuitton hoodies were being resold for up to $25,000, from $860 at retail.

Essentially, it seems whatever Supreme slaps its logo on—from MetroCard to hammer, hot water bag to Louis Vuitton luggage and, apparently, even a newspaper—sells.

One could argue the winner in this recent collaboration is the Trump-friendly New York Post, which Refinery 29 reports has been “profitless for decades” under Murdoch’s ownership “and has faced the possibility of folding several times.”

Supreme, meanwhile, has been valued at $1 billion after it sold 50 percent of its stake to a private equity last year.

The Supreme promotion was a first of its kind for the New York Post, an idea hatched with the paper’s in-house creative agency, and its CEO and publisher Jesse Angelo declared the issue a “collector’s item,” similar to other products the wildly popular streetwear brand has put its logo on.

As Angelo told The Cut, “If it brings new consumers to our brand, hopefully they read the paper and like what they see.” Then again, he’s content “even if they just follow @nypost on Instagram.”

That’s a sentiment the likes of us who work in newspapers can very well understand.