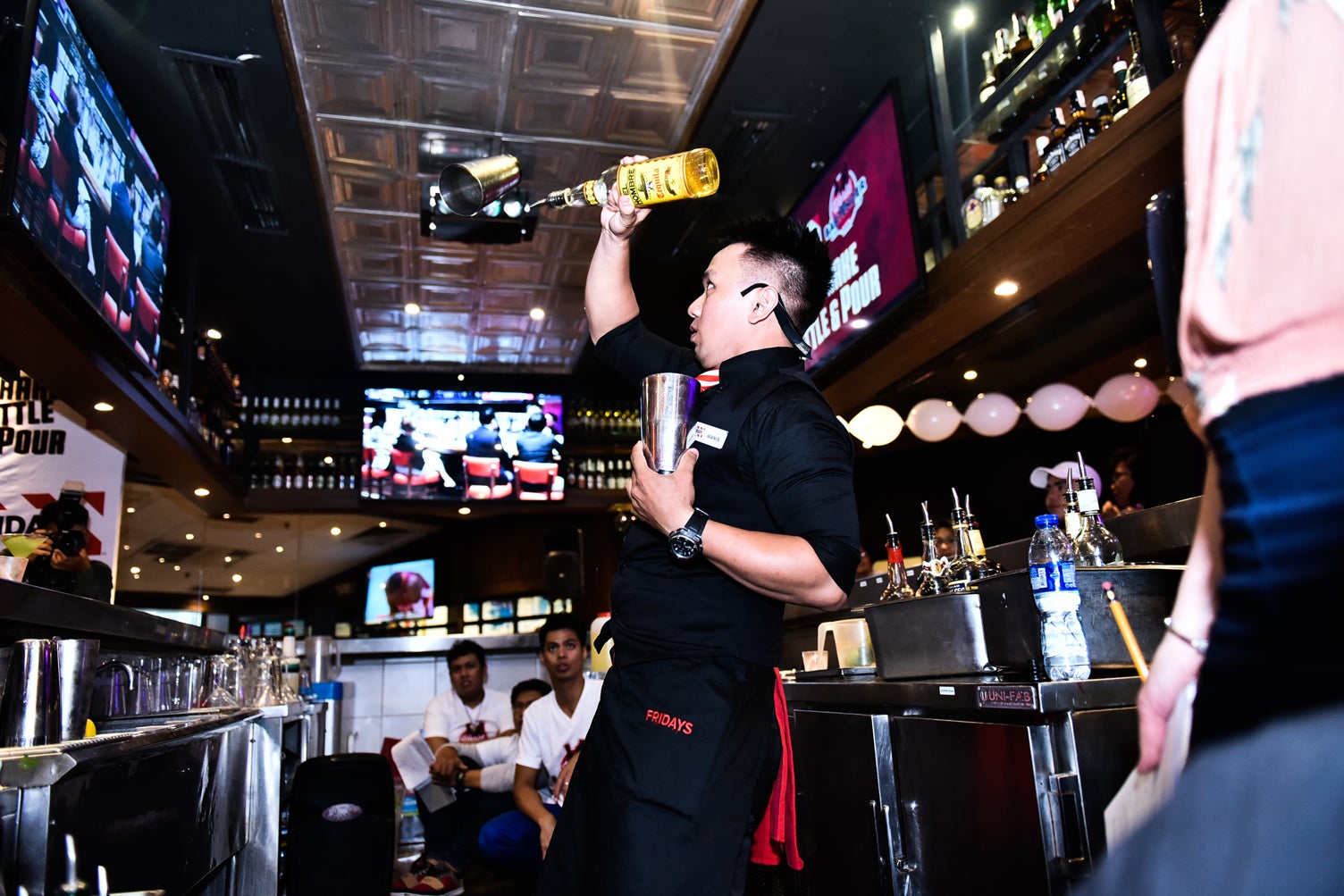 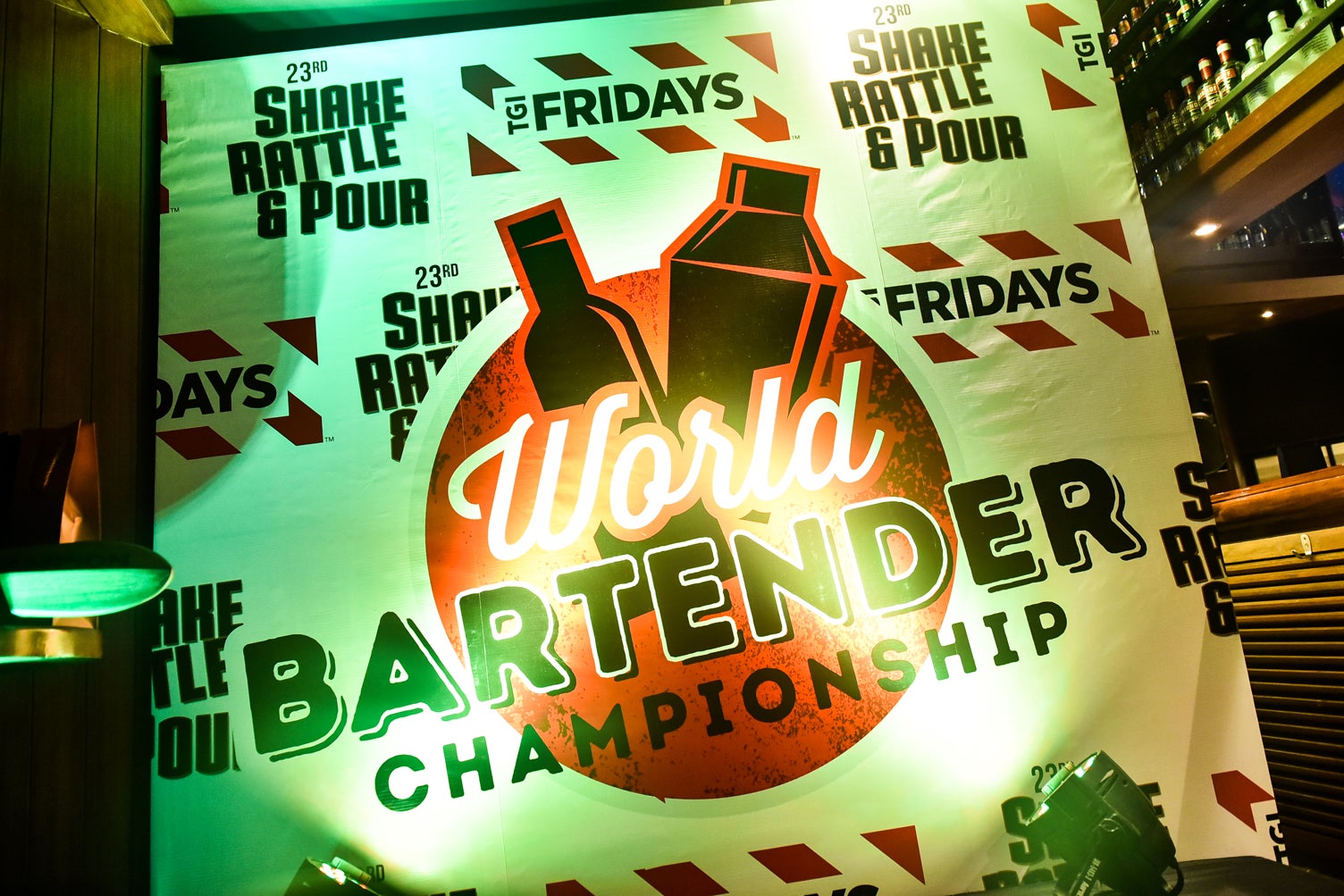 MANILA, Philippines – “There is no such thing as difficult. It’s just a matter of how bad you want it,” says bartender Ioanniesse Jara. He wanted to win so badly that he gave his all, with eyes, heart and mind focused on the prize. All his efforts paid off last August 7 when, representing the restaurant chain’s Solenad branch, he was declared champion of the 23rd “TGIFridays Shake, Rattle and Pour Bartender Competition.”

Jara brought home a plaque, a cash prize, the much-coveted TGIFridays propeller trophy and the privilege of representing the Philippines at the Asia-Pacific Barchamps to be held in Manila this October. The winner of the regional tilt will then move on to compete at the World Bartending Competition to be held in Dallas, Texas next year. Jara hopes that he will duplicate what fellow-bartenders Rizza Umlas and Jholan Penafiel have accomplished. Umlas and Penafiel were proclaimed World Bartending Champions in 2015 and 2017, respectively in historic competitions held in Texas, USA.

“I am indeed very happy with this win and doubly excited over the prospect of representing the Philippines in the Asia-Pacific Competition. I will give it everything I’ve got!”

The Freestyle Competition was as intense as intense can get. All 8 contenders to the title were at their best, prepared in full “bottle” gear ready to take on the competition and win the crown.

This was not the first time that Jara competed and was named 1st runner-up last year. Not one to give up easily, he outdid himself and ultimately grabbed the title this year. “I underwent rigorous training, on and off the clock, months before the competition. It was surely difficult. But it didn’t matter really. It was supposed to be difficult because if it weren’t, everyone would win,” he quips. “Being a bartender brings with it everyday challenges. Overcoming these challenges on a daily basis fulfills me mentally and emotionally.”

Jara’s journey in this year’s competition began when he battled it out with 22 bartenders who were all winners in their respective branches. Before the finals, they had to go through the Compulsory Round which consisted of a Pour Test (to test their competency in pouring the right amount of liquor accurately without using measuring tools); a Prep Test (where they were assessed in their skills in precise cutting of garnishes and prepping mixes); and a Speed Round (a challenge in their capability to make drinks accurately and efficiently within the shortest possible time). There were also the Drink Recipe Exam (a written test that measured their aptitude with all Fridays drink recipes including ingredients, glassware, procedure and garnish); and the BCBIT Manual Exam (where the TGIFridays Bartending Standards were tested).

At the end of the Compulsory Round, only the Top 8 finalists moved on to the Freestyle Round which gauged their overall competency and confidence through an 8-minute routine showcasing their flairtending style and guest interaction—while preparing four different drinks under pressure.

Other contenders to the title who also showcased their talent and skills during the Freestyle Competition were Angela Louise G. Barican (Evia), John Paolo Catalan (Mall of Asia), Ralph Gerald Camus (Tomas Morato), Roby Keem Reyed (Alabang Town Center) and William Carlo Diaz (Bonifacio High Sreet ).
TGIFridays’ World Bartender Championship debuted in 1991 in the USA. For over two decades, the fun and excitement that surround this competition have not waned, proving that the energy around the Fridays bar and its talented bartenders is contagious and as vibrant as ever.

The 23rd “Shake, Rattle and Pour Bartender Championship” was sponsored by Heieneken and Philippine Wine Merchants.