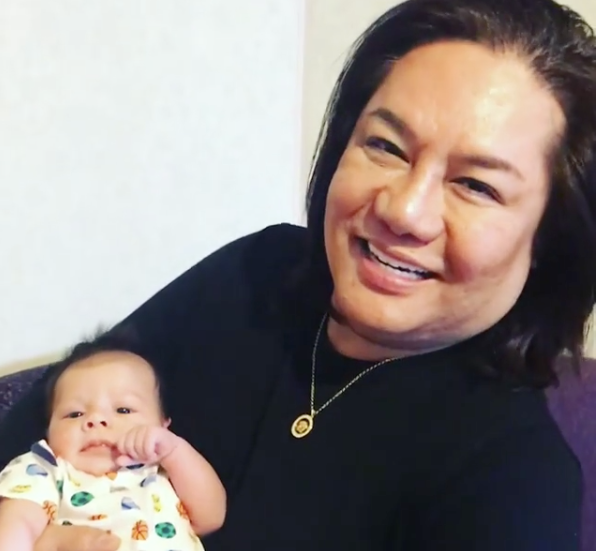 The Aficionado perfume magnate shared a video of him cradling his baby boy on Instagram Wednesday. He was in Moscow, where Zeid was born, to take him home.

Cruz is seen saying that his newborn “is so excited to go to the Philippines tomorrow,” and that he will be seeing his four brothers and two sisters.

Cruz first shared the photo of Zeid on June 27. He wrote that Russia sent him the very first photo of his son, adding, “I didn’t see him in St Petersburg & thank God I saw him now!”

In another post on July 4, he said that his son was 10 days old, revealing that the baby was born on June 24.

The perfume magnate is known to have a big family, with three sets of twins. The first two were fraternal twins, Prince Sean and Princess Synne, born on Sept. 2, 2012. They were then followed by Prince Harry and Prince Harvey on October 23, 2015, and Charles and Charlotte on May 24, 2017.

In one clip, all kids were present in their dad’s office to give their best performance of the famous children’s song “Baby Shark.”

The scent mogul revealed to the Philippine Entertainment Portal that Zeid was supposed to be a twin. He said: “Supposed to be kambal din sana gusto ko kaso hindi kumapit yung isa at isa lang yung nabuo (Supposed to be  twins, which I wished, but the other one did not hold and only one was formed).”

All his older children have the same biological mother, a Russian native named Lilia. Cruz revealed that the first set of twins were carried by her, while the second and third sets were born through a surrogate named Olesia.  /ra