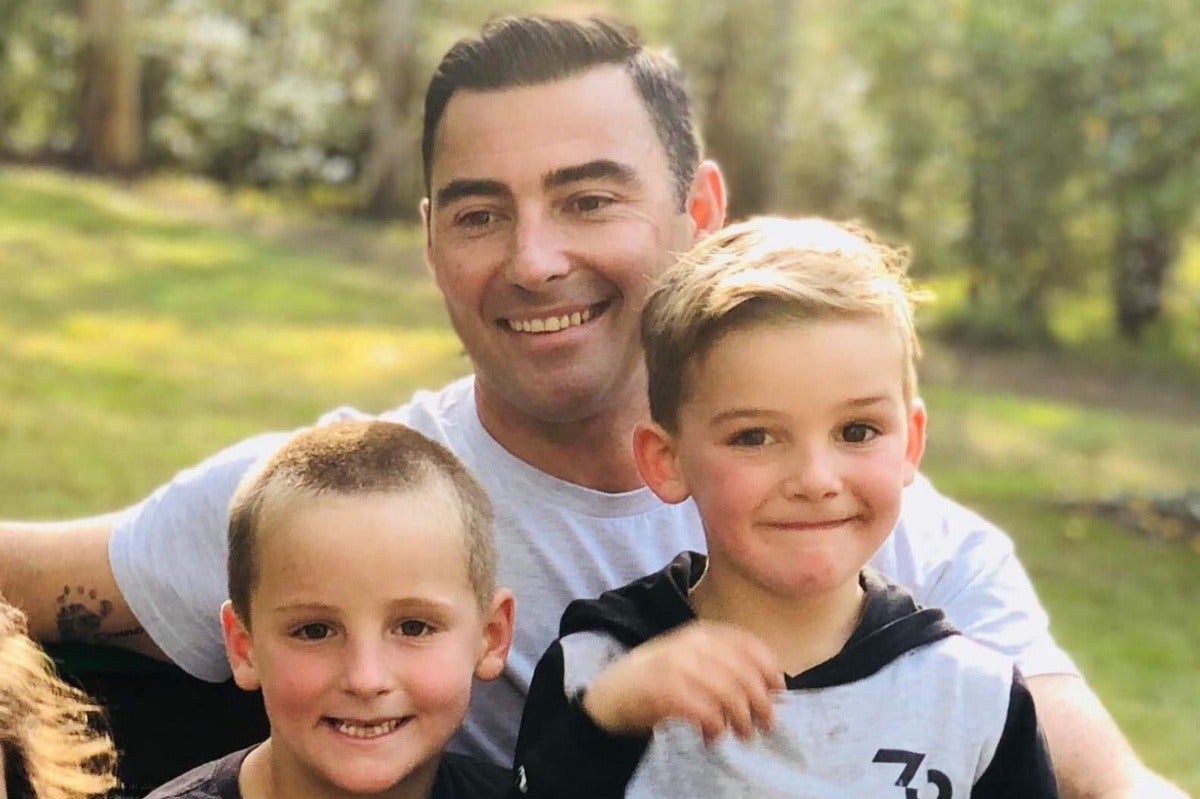 A father of two from Sydney, Australia, got sent to the hospital after he tried to minimize the impact of his son’s 13-foot fall from a balcony.

Brad Lewis, 42, suffered multiple injuries when he tried to save his son from falling off a balcony at a friend’s house. Brad had been playing with his 8-year-old son Oscar with a Nerf gun when one of the toy bullets flew off from the balcony. Oscar ran to retrieve the bullet but lost his balance and tumbled over the railing. Brad ran to his son but he couldn’t keep himself from falling as well. To protect the boy from injury, Brad curled himself around Oscar until they hit the concrete driveway below, according to a GoFundMe post.

Thanks to Brad’s quick thinking, Oscar was only knocked out during the fall but still received a fractured skull. Brad, on the other hand, suffered from fractured skull, brain bruising, fractured vertebra and other injuries. Doctors said he might need six to 12 months of recovery in the hospital.

Beau, Brad’s friend who rushed to his side after hearing the fall, recalled the few words the heroic father could muster. “Are the kids OK? Don’t let them see me like this. Don’t let me die,” said Brad.

With Brad’s safety already in check, the Lewis family faced a long road of financial challenges. According to the GoFundMe post made by Bianca Park on Aug.8, the family needed around $150,000 (about P8 million) to cover numerous costs including medical bills, transportation, and other daily necessities. Suz, Brad’s wife, had to take time off from work to care for her husband and son.

So far $81,201 has been raised for Brad, about half of the needed amount to help his family survive.

As for Brad himself, the most recent update from Aug. 14, said he had been moved from the intensive care unit to Head Trauma.

“I think any father would have done it for their child if put in the same situation,” said Brad in an interview with The Daily Telegraph. “I sit here now thanking my lucky stars Oscar and I are both here and are moving forward.”

Meanwhile, Oscar now sleeps with 6 pillows around him for fear of falling off his bed. According to the report, he’s already back in school but will only do half-days for a while.  /ra