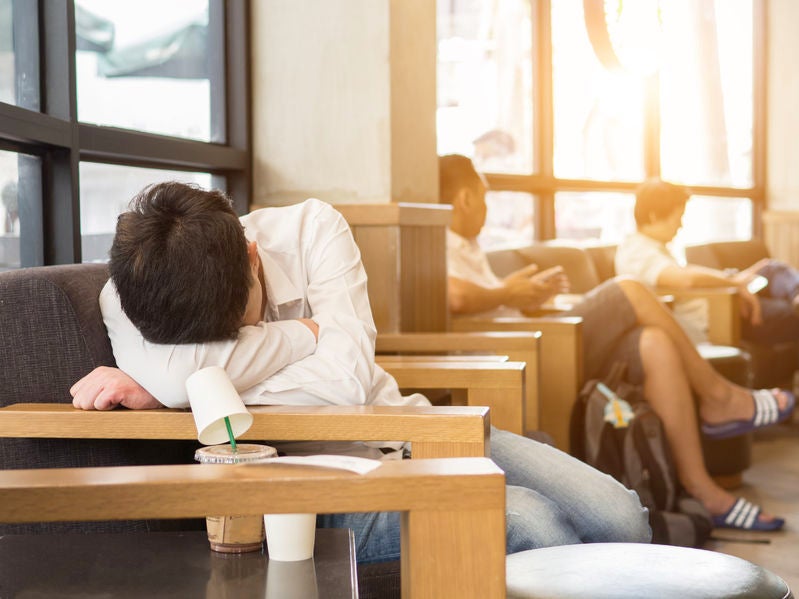 Ma Yujiang, a 30-year-old artist from northern China’s Shandong province, dedicated an exhibition for the “McSleepers” or “McRefugees” last month whom he encountered after spending more than a year sleeping at the American fastfood chain’s Hong Kong branches, reports South China Morning Post.

“It’s weird, but sleepers at each McDonald’s have formed their own communities with certain rules,” said Ma.

For over a year, Ma encountered around 15 regular McSleepers at the three branches he visited. He also described some house rules the sleepers followed. These rules included getting dibs on sofas inside branches for regulars, spots for women in well-lit areas, and newcomers getting delegated to seats near the front door.

The McSleepers were allowed to stay at the restaurants as long as they had a receipt of purchase. As such, the McSleepers would often purchase something below HK$10 (about P60) to get a receipt, which would act as their entrance ticket.

Night-shift staff would check receipts at around 12:30 a.m., after which Ma would collect the receipts from his fellow McSleepers. Ma managed to collect 414 receipts. They did not ask him why he collected them because minding one’s own business was one of the unspoken rules. And yet, according to Ma’s interviews, the McSleepers found a sense of security and belonging in the informal community.

McSleepers would usually come in at around 9:30 to 10:00 p.m. They would then vacate their sleeping spots by 4 a.m., 30 minutes before the day-shift staff arrived.

The reasons why these people slept in the fastfood branches varied, but mostly they had to do with Hong Kong’s increasingly expensive housing prices. Meanwhile, some of the McSleepers actually rent a place of their own, but become McRefugees nonetheless to save on utility bills. Others just don’t have anywhere else to go. Ma himself rents a 200-square-foot studio apartment. However, his experience with the McSleepers helped him slowly recover from loneliness and depression.

Ma moved to Hong Kong in 2014 without a stable job. The big city’s fast-paced lifestyle overwhelmed him.

“I had no job to do, no friends to hang out with. So there was a time when I hadn’t left home for days. In the end, my apartment just became too uneasy to stay at,” recalled Ma.

His exhibition, held at the Art and Culture Outreach, a small bookstore located at Wan Chai, was titled “How Heavy Is the Night.” It highlighted the irony of how light the receipts weighed.

He hoped that his exhibit would present the lives of the sleepers in a “rational and objective” way.

Ma noted, “As an artist, I don’t aim to change the world, but rather change how authorities and the public see the world.”  Alfred Bayle /ra