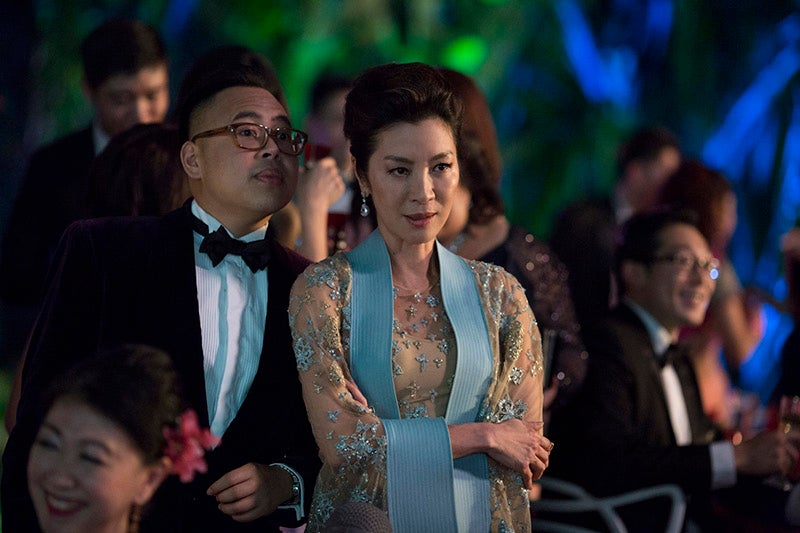 That wedding scene. God, that wedding scene. We haven’t seen anything like it. Unlike in the book, the Vienna Boys Choir didn’t make an appearance, but that didn’t matter. We won’t spoil it for you. But here’s a clue: Sonoya Mizuno as bride Araminta had to wear a waterproof wedding dress for it. Director Jon M. Chu is right—it was magical.

Kevin Kwan’s cameo. “I play a potted plant. I’m a palm tree. They dress me up in brown and leaves,” he joked during our interview. But nope, he doesn’t play a plant. See if you can spot him in the gossip montage.

Kris Aquino as princess. You can blink and trust us, you won’t miss Kris (and that fabulous Michael Cinco creation). She is serene, subdued and regal as Princess Intan.

Three words: “Bok, bok bitch.” Thanks to Constance Wu’s improv, we have a new battle cry.

That epic mahjong scene. We don’t want to spoil it so we’ll leave it at that.

The tag scene. Because we smell a sequel. Please, there has to be a sequel. We need more Astrid and Charlie.